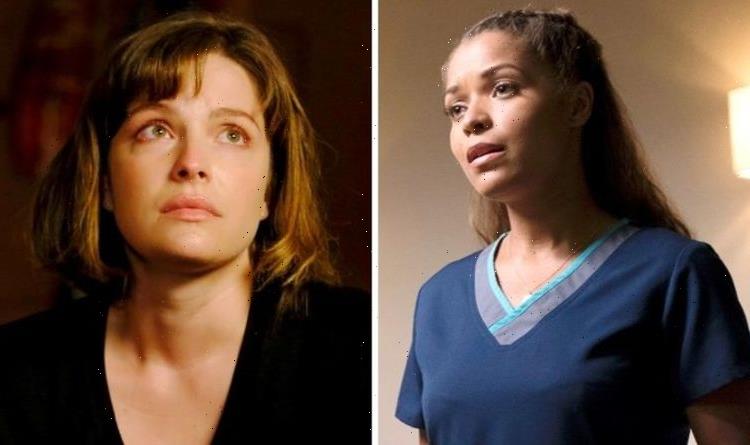 Season four of The Good Doctor has been an emotional rollercoaster over the past few weeks on ABC. While the staff at the St. Bonaventure Hospital continue to balance their personal lives with the effects of the pandemic and their normal medical duties, Lea Dilallo (played by Paige Spara) receives some much needed advice during the team’s trip to Guatemala.

After dealing with the coronavirus pandemic on top of everything else, Shaun Murphy (Freddie Highmore) and the rest of the St. Bonaventure team took a well-earned break at the start of their finale.

Unfortunately, once they arrive in Guatemala they quickly realise they may have bitten off more than they can chew.

A surgical mission to assist at a rural hospital takes a troubling turn when they are forced to decide which patients are in more need of help.

Meanwhile, Shaun’s girlfriend Lea is still recovering from the loss of her unborn child due to a late miscarriage earlier in the season. 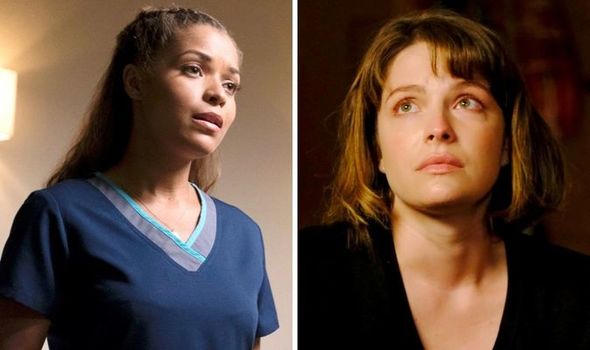 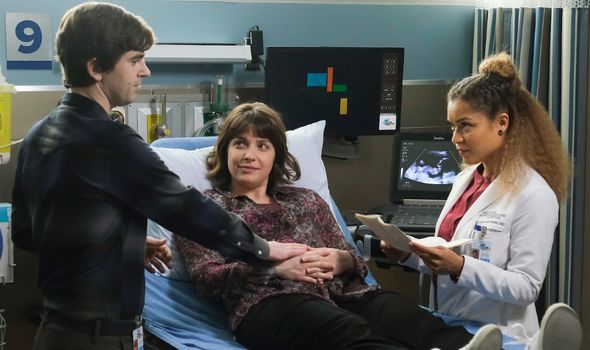 She was constantly reminded of her traumatic experience as she began to see babies everywhere during their trip.

However, she soon realises she had simply been taken to help a woman experiencing difficulties during childbirth.

Thankfully, the baby is born healthy, but the situation proves too much for Lea when she goes to visit the new member of the family. 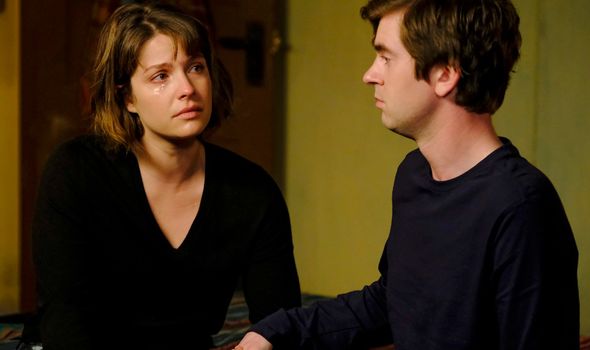 Lea’s emotions reached a breaking point when she presented the baby with a pair of new socks, originally intended for her unborn daughter, Isabella.

Once outside, Lea confides in their close friend Dr Claire Browne (Antonia Thomas), who offers some much needed words of encouragement.

As reactions poured in on Twitter, many fans admitted they were in floods of tears when Claire assured Lea that it was okay not to feel okay after her experiences.

One viewer wrote: “I know the pain that Paige portrayed in those scenes. Made me cry. She has become a fine actress.”

And another said: “My God, it’s not even halfway through the episode and I can’t stop crying…”

Similarly, other fans admitted their frustration that Shaun and Lea, affectionately dubbed ‘Shea’, were still unable to work through their contrasting emotions in tonight’s penultimate episode.

“For goodness sake can Shea be happy for one episode?” a third Twitter user asked.

“It was heartbreaking with all the patients in need but seeing Lea so sad and Shaun feeling helpless… they’re soulmates but life keeps getting in the way.”

Shaun Murphy, a brilliant surgeon with autism and savant syndrome, is still struggling to fully process the trauma of losing an unborn child.

The promotional trailer for next week’s finale, ‘Vamos’, has raised hopes that their relationship will be able to make it through the challenging events of the last year.

Unfortunately, Shaun’s determination to move on could also drive Lea away, leaving some fans concerned she could move back home to Hershey at the start of the next season.

‘She would love him to’: Kate’s hope for George shows Cambridges’ approach to parenting