Home » TV and Movies » The Good Fight Creators: The Series Finale Will Be 'Cataclysmic' 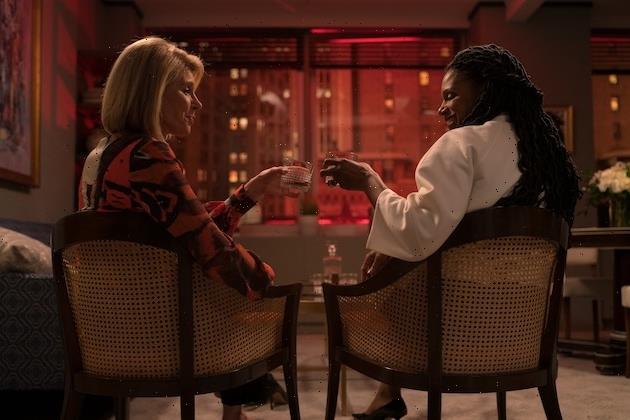 The Good Fight Creators: The Series Finale Will Be 'Cataclysmic'

The Good Fight‘s last episode ever will not be all sunshine and rainbows. Far from it, in fact.

“It’s a cataclysmic episode that takes on a lot of violence,” series co-creator/EP Robert King reveals to TVLine. “There’s a lot going on. It doesn’t treat itself like a last episode, even though it features a lot of the touchstones that you need from a last episode.”

Asked whether the series finale — which is slated to drop on Paramount+ on Nov. 10 — was crafted as a conclusion to The Good Fight or the entire 13-year Good franchise (which includes CBS’ The Good Wife), fellow co-creator/EP Michelle King says, “The whole season is meant to be the culmination of the [Good] universe, more than just the last episode.”

As TVLine reported last week, the second episode of The Good Fight‘s sixth and final season will actually offer an update on Alicia and Peter, the legacy Good Wife characters originated by Julianna Margulies and Chris Noth, respectively (neither of whom appear in the episode). The scene in question finds Alan Cumming’s returning Eli Gold providing Diane (Christine Baranski) with a present-day update on the Florricks, who were last seen in The Good Wife finale in May 2016. Viewers will also learn the current state of Diane’s relationship with Alicia in the wake of the slap heard ’round the world.