Home » TV and Movies » The Grand Tour boss addresses future of Amazon specials ‘Do we want to carry on?’ 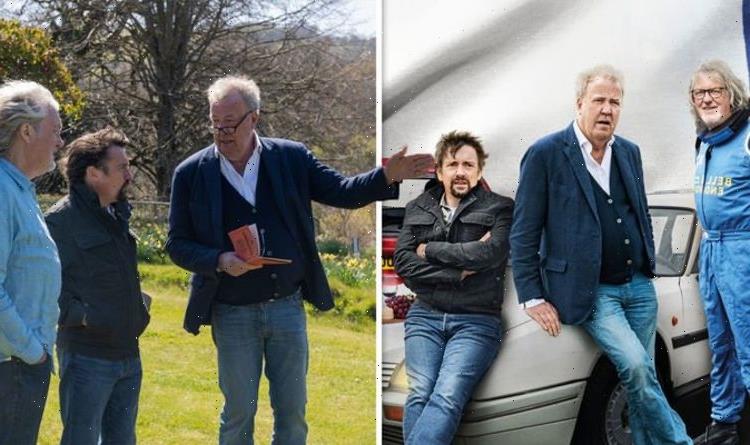 The Grand Tour boss addresses future of Amazon specials ‘Do we want to carry on?’

The Grand Tour: Official trailer for Carnage A Trois

The Grand Tour is set to release the second of its lockdown specials after the coronavirus pandemic disrupted the Amazon Prime Video’s original plans. However, looking to the future show boss Andy Wilman has admitted the show has yet to confirm what will happen next for Jeremy Clarkson. James May and Richard Hammond.

In an exclusive interview with Express.co.uk, Andy opened up on the future of the series.

The executive producer was asked what the current plans are for upcoming episodes.

He said: “We’ve got more to do under this current contract, the two we’ve been trying to get done before lockdown came along.

“I want to get those shot next year and then I would say soon we’ll start talking to Amazon.”

Read more: Richard Hammond opens up on ‘pressure of filming’ The Grand Tour

“It’s a case then when it’s one of those conversations where do Amazon want us or do we want to carry on?” Andy continued.

“Nobody on either side talks about it whilst you’re in the middle of doing the contract that you’ve got to do.

“And getting this contract finished has been [tough] because of Covid,” he explained.

“We should have shot all this stuff in 2020, we’re going to be doing it in 2022 so we’re two years behind and all our focus is on that at the minute.”

“Let’s get these films done and let’s make them look good and let’s not hope there’s another lockdown, so we can’t go anywhere,” he pleaded.

“I think in a couple of months when we’ve got the next lot of films sorted, we’ll start thinking about the future.

“It’s one of two things, is Amazon going do you want to do it or is it us going, do we want to carry on?”

Andy went on to reveal Jeremy, James and Richard’s involvement in the creative process.

He said: “We had a big meeting in the office, Jeremy Richard James, the whole crew and we brainstormed away.

“All we knew was that we didn’t want to do another road trip like we’ve done in Scotland for this second lockdown film, and then we couldn’t think of a b****y thing to do.

“I remember somebody saying, ‘Oh Christ at this rate we’re going to be doing what’s the matter with the French?’ and then there was like a pause and it developed from there.

“They’re always a part of [the process] It’s not a show where you ring up the talent and go, ‘This is what you’re doing next month.’”

Since 2019, Jeremy, James and Richard have focussed on feature-length specials instead.

The trio first went to Cambodia and Vietnam for its first special before heading off across Madagascar.

Last year, The Grand Tour aired the first of its lockdown specials which was set in Scotland.

The Grand Tour Presents: Carnage A Trois airs on Prime Video on December 17.