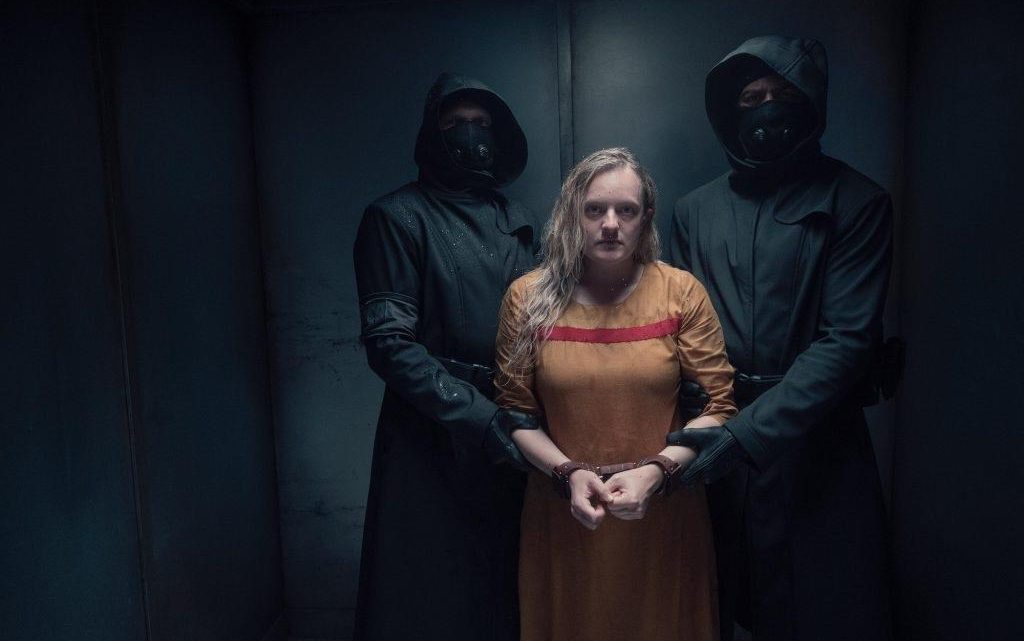 The first three episodes of season 4 of The Handmaid’s Tale premiered on Hulu on April 27. While the show was originally supposed to return on April 28, Hulu gave fans a treat and released the episodes early. “The Crossing” is the third episode in the new season, and it completely changes the show as fans know it.

[Spoiler Alert: This article contains spoilers for season 4 episode 3 of The Handmaid’s Tale.]

“The Crossing” begins with June being taken to a torture facility and prison. Nick lets her know that Mrs. Keyes (Mckenna Grace) is in custody but June’s friends made it to the safe house and are still missing.

He pleads with June to give up their location so he can help her, and Aunt Lydia (Ann Dowd) comes to take June to the first torture chamber. When June refuses to give up the Handmaids’ location, she is waterboarded.

After taunting Aunt Lydia some, June lies and gives a fake location to prevent further torture. In Canada, June’s husband Luke (O-T Fagbenle) is informed that June was captured, and he deals with his grief.

“It’s just she knew she’d probably never see me again,” Luke tells Moira (Samira Wiley). “And, um, that’s the choice that she made, and, uh, you know, I gotta respect it. I gotta respect her.”

When June’s made-up safe house is discovered to be a lie, she is subjected to more torture and forced to watch Beth (Kristen Gutoskie) and Sienna (Sugenja Sri) die.

Nick conspires with Commander Joseph Lawrence (Bradley Whitford) to try and help June. Joseph is hesitant at first and he tells Nick to give up on her. Because Nick stopped Joseph’s execution in the first episode of the fourth season of The Handmaid’s Tale, he uses this to blackmail Joseph into trying to get June to confess.

Joseph arranges to have a meal with June, and he tells her that if she does not cooperate, Gilead will hurt her daughter Hannah (Jordana Blake). When June refuses to say anything, June is taken to see Hannah who is being held in a glass box.

Hannah acts scared of June, and this officially breaks her. She confesses that she knows where the Handmaids are and they are captured.

After the other Handmaids are captured, June is told that they will all be taken to a breeding colony. Before being sent to meet the other Handmaids, June reunites with Nick to say goodbye. Nick apologizes for using Hannah to get a confession out of her, and the two profess their love for one another.

While being taken to their new posting, the Birth Mobile stops at a railroad crossing due to an oncoming train. June lunges at Aunt Lydia and holds her down, giving the Handmaids enough time to exit the Birth Mobile.

June, Janine (Madeline Brewer), Alma (Nina Kiri), Brianna (Bahia Watson), and the other Handmaids make a run for the train tracks, but only June and Janine cross the tracks in time, and Alma and Brianna are hit by the train.

The episode ends with June remembering Alma and Brianna when they all met at the Red Center.