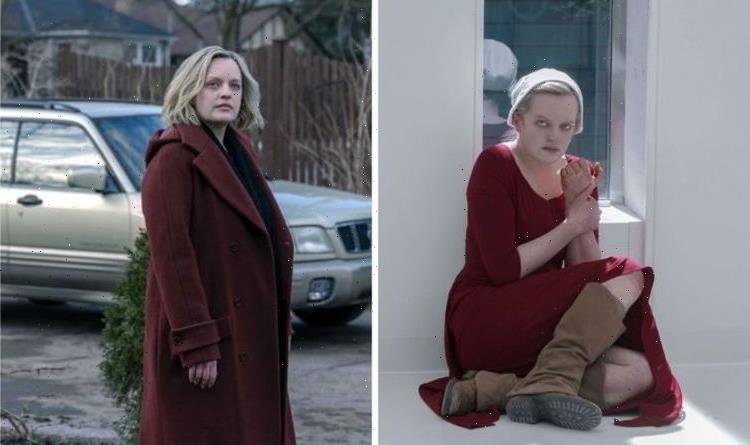 The Handmaids Tale season 5: June suffers break down as Freds death haunts her?

The Handmaid's Tale: June Osborne prepares for trial in teaser

The Handmaid’s Tale is Hulu’s dystopian show based on a totalitarian society in a patriarchal state. Although Gilead gave June Osborne (played by Elisabeth Moss) a lifetime of trauma in the seven years she lived there, Fred Waterford star Joseph Fiennes hinted that she could suffer a breakdown in season five.

Before Gilead went into power in the United States, June had been living an ordinary life as a book editor.

She was married to Luke Bankole (O.T Fagbenle) and they shared a daughter Hannah Bankole (Jordana Blake).

The first half of season one displayed how Gilead wanted to use its interpretation of scripture to assign citizens to fill out a particular role.

Although she doubted the state would seize power, June realised the severity of the situation when she and her best friend Moira Strand (Samira Wiley) were laid off from work and no longer had access to their bank accounts because they were women.

When things started becoming dangerous, June and her family attempted to escape to Canada.

Unfortunately, they were caught by Guardians who shot Luke, ripped Hannah from June’s arms and sent June to become a Handmaid in Gilead.

Before joining the household where she would be working, she and other groups of women were forced to the Red Centre where they would undergo training under strict training by evil disciplinarian Aunt Lydia (Ann Dowd).

The group were becoming Handmaids as they were considered Unwomen by the state of Gilead.

June was there because she was married to a divorced man and under Gileadean law, there was no divorce so they saw their marriage as infidelity and Moira was considered a gender traitor as she was a lesbian.

In the seven years June spent in Gilead she suffered physical, emotional and sexual abuse, she also made several attempts to escape to Canada.

He stated: “The paradox is, in seeking freedom, especially when you’ve been traumatized and brutalized by the regime, you obviously carry those scars with you.

“So, you might find a physical place free of Gilead, but the mental space will continue to haunt you. I love that paradox. It will be interesting to see how that plays out,” he concluded.

Eventually, in season four, June became a free woman in Canada, however, fans saw just how tormented she was.

Although she was treated like a celebrity for the elaborate plans she’s made to free others, June struggled to adjust to her new life.

A trip to the supermarket in episode seven afflicted her with flashbacks which led to a panic attack.

She was also obsessed with seeking revenge and getting justice for the women who suffered at the hands of Gilead.

The jaw-dropping season four saw her get revenge on her Commander and one of its establishers, Fred Waterford.

After being in custody for his crimes he was set to go to Geneva to gain immunity when she hatched up a plan.

Instead, he was taken to No Mans Land, where he met with June and other former Handmaids who beat him to death and hung his headless corpse on a wall.

Fans will have to tune in to season five to find out June’s fate and see if she will suffer a breakdown.

The Handmaid’s Tale season 4 is available to stream on Hulu in the USA and airs Sundays on Channel 4 in the UK.