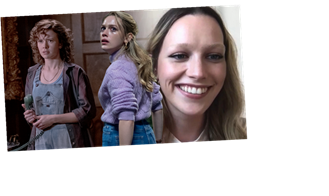 WARNING: If you have not already binged The Haunting of Bly Manor on Netflix, leave now because we’re about to discuss the biggest spoilers of the season finale!

It’s time to break down The Haunting of Bly Manor‘s perfectly splendid season.

Two years after the massive success of The Haunting of Hill House on Netflix, creator and executive producer Mike Flannagan has gifted horror fans with an anthological follow-up filled with familiar faces in a brand-new, nine-episode ghost story.

“While the first season is like a family drama horror, this season is more gothic, you know, dark, moody, romance or a very tragic love story,” star Victoria Pedretti, who plays Dani, recently dished to ET during a virtual junket.

“I would agree with Victoria,” actor Henry Thomas added during our video interview, “I think the first season dealt with grief and this season deals with love — as well as Henry James’ short stories — but the major theme is love.”

Now that you have uncovered all of the secrets and spoilers lurking in the shadows of Bly Manor, it’s time to answer your biggest lingering questions. From that confusing body-snatching rule, to Dani’s tragic love story and season 3 secrets, only ET is giving you the exclusive scoop straight from the stars! 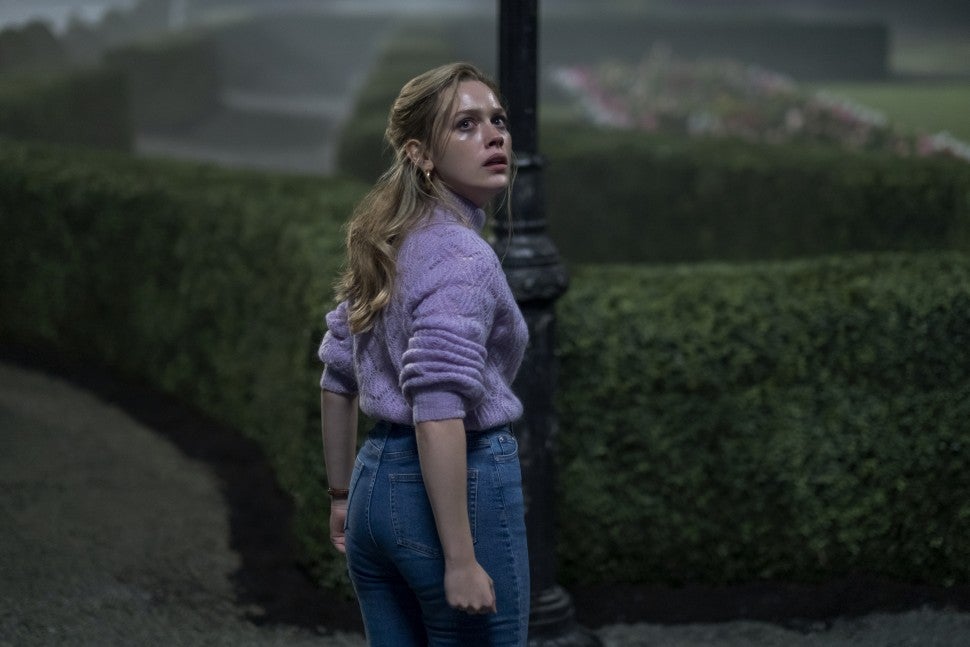 ET: By the end of the season, Flora and Miles move to America with their Uncle Henry and their memories of the horrors in Bly Manor have faded away. We then realize that this ghost story — which is being re-told to Flora on the eve of her wedding — is being narrated by an older Jamie, who used to be the groundskeeper at Bly Manor. Victoria, what was your reaction when you realized this big twist?

We think Jamie and Dani are about to become 2020’s most beloved couple! Victoria, what do you think it is about these two women and their relationship that’s going to be so captivating for fans?

Pedretti: I’m glad you asked. I really, really hope that that’s true because I think there’s a cultural discussion around relationships and toxic relationships. What’s a healthy relationship? What serves me? How am I kind of breaking out of these in the way in which I was raised to pursue my authentic self? What’s the environment that can cultivate that for me? And I think in terms of Jamie and Dani is that, unlike Peter and Rebecca, they don’t have any delusions that they’ve met their soulmate or that the other one is perfect in some way. They’re day-by-day cooperating and learning each other and building trust, which, I don’t think we see enough of that. I think it’s really special.

Nell and Arthur [from The Haunting of Hill House] were also a beautiful, healthy love story as well, but we don’t get to see as much of them. But yeah, I love Dani and Jamie and I really hope people respond to it as well. 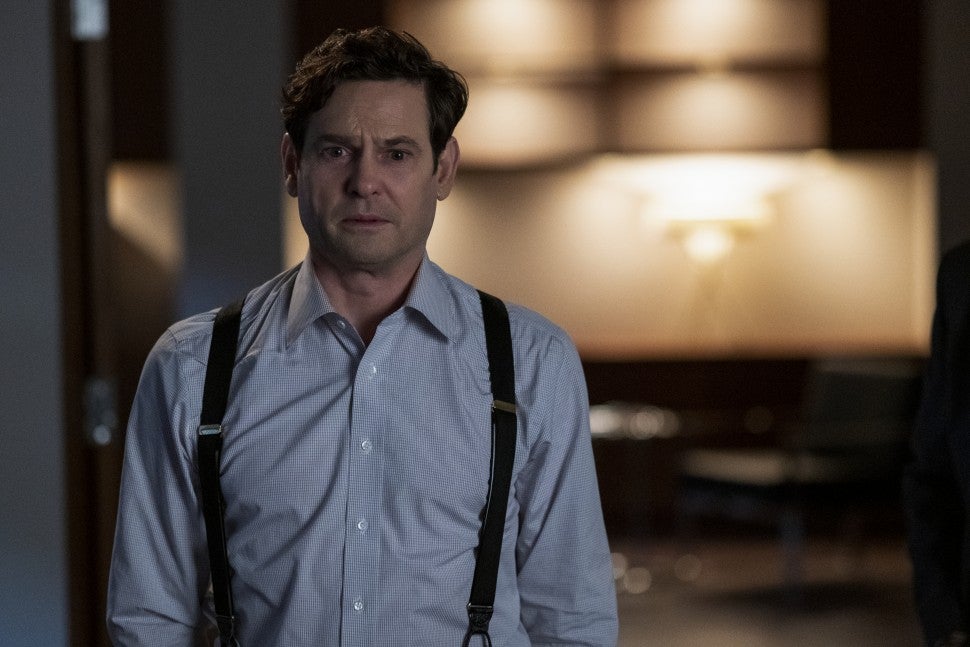 Henry, do you think that your character, Henry, ever told Flora and Miles about his true relationship with their mother? They had such an undeniable family chemistry, do you think he ever confessed the truth to them?

Henry Thomas: I think so, eventually, you know? It’s hard to say because Henry was- is, a very staunch English fellow, so who knows how far he came out of the shell in the end. But I’d like to think that he redeemed himself to them both.

Victoria let’s talk about the body snatching rules, because I think we need to clear some things up for people. So the phrase, “It’s you, it’s me, it’s us,” allows a spirit to enter a body, but then, Flora and Miles were able to push Miss Jessel and Peter out at times. Why do you think that Dani wasn’t able to push out the Lady of the Lake?

Pedretti: Well, if you learn anything in episode 9, it’s that the Lady of the Lake doesn’t let go.

Speaking of the Lady of the Lake, it was so much fun to get to see actress Kate Siegel in episode eight and learn her character’s haunting origin story. Victoria, were you able to be on set at all and get to kind of interact with your former Hill House sister?

Pedretti: One day I was able to be there for, like, a couple minutes and it was incredible! Imagine just walking into this house that we had been shooting in and now, all of a sudden, it’s actually decorated in its original glory, and everybody is dressed in these incredible, huge costumes that my friend Lynn Falconer worked tirelessly on. To see that all come to life was absolutely spectacular, but no, I didn’t get to spend much time on set with Kate. 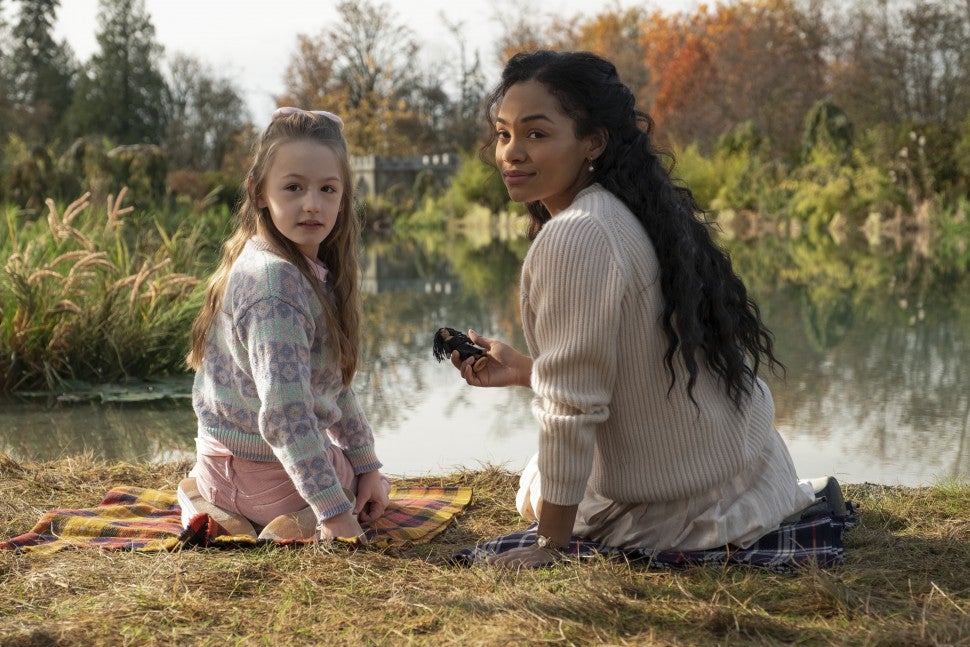 The Haunting creator Mike Flanagan is the keeper of all the secrets, Henry, once you finished the season and all the scripts did you have any lingering questions for him?

Thomas: Mike talks a lot about the world that the story exists in [during] the rehearsal time, so your unanswered questions are pretty much laid to rest in the early stages. But it’s always exciting to watch the series in the end because, you know, obviously I wasn’t there every day and I didn’t interact with some storylines. So, yeah I have a few unanswered questions now and then, I’m going to ask Mike when I have a chance.

What’s one unanswered question that you have?

Thomas: It actually came up earlier, there was a question about the possessions

Thomas: The spirit thing, the spirit rules, right. So I’m gonna field that, but I bet he has an answer.

What can you guys tell us about season 3? If it happens, will you be back, Victoria?

Pedretti: I don’t know nothing. [Laughs]

Would you come back?

Thomas: I would, yeah sure. I mean It’s an anthology now so, you know, theoretically, we could come back.

Lastly, what is the one thing that you want to tell fans who have just finished binging The Haunting of Bly Manor?

The Haunting of Bly Manor is streaming now on Netflix.

George W. Bush Becomes Third President to Be Named the Ambassador of Golf