Home » TV and Movies » 'The Last Kingdom': Get an Official Look at King Edward in Season 5 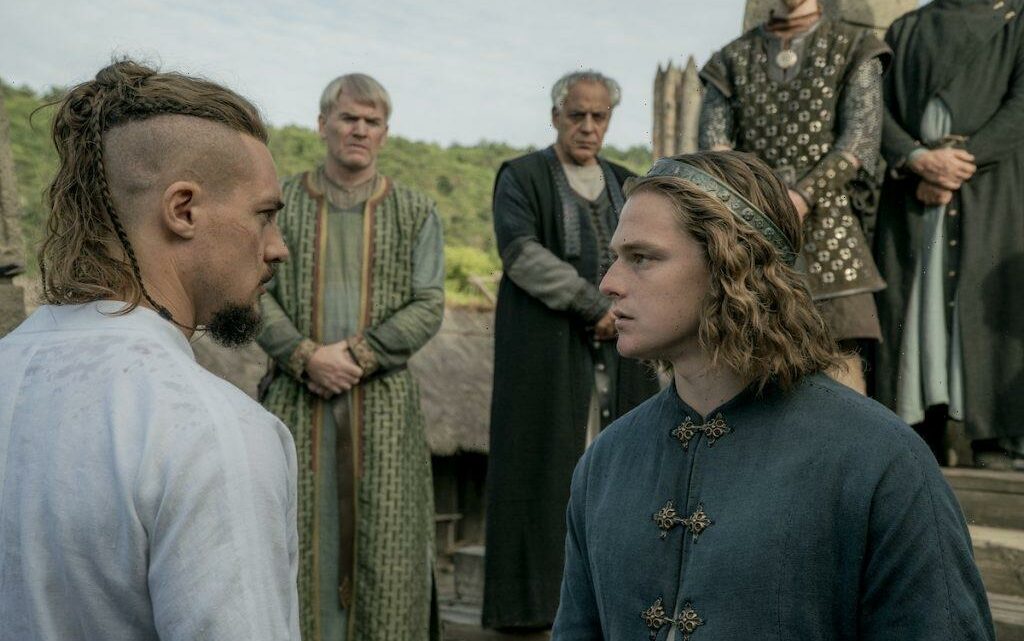 'The Last Kingdom': Get an Official Look at King Edward in Season 5

The hit series The Last Kingdom has officially finished filming in Hungary, which means we’re one step closer to seeing season 5. However, the upcoming season will be its last, which is unfortunate for fans who love the show.

Fans have recently been treated to official looks at some of their favorite characters, including Uhtred (Alexander Dreymon) and his daughter, Stiorra (Ruby Hartley). Fans recently got to see King Edward (Timothy Innes) as well. We have all the details to know about it.

King Edward is now the King of Wessex, and he is the son of the late King Alfred (David Dawson) and Lady Aelswith (Eliza Butterworth). Edward to trying to find his place as King after his father. However, it hasn’t been smooth sailing, and it has actually been quite hard and challenging for him. We’ll have to see what season 5 holds for this king who’s had to make deals with the Danes to promote peace.

On July 8, 2021, the official social media channels shared an image of Edward in the upcoming season. In the photo, the name of the series is written in the upper left corner. Edward can be seen looking off from the side as he wears his crown with a full beard and long hair. He has on regal robes with a clasp in the middle of his neck.

Below is a quote from Edward. “’Towns can be rebuilt. Reputations? It is not so easy…’ – King Edward.” The actor who plays Edward, Timothy Innes, is also tagged in the post.

The post is captioned: “Whose reputation will survive and whose will be destroyed forever? #thelastkingdom #tlk5.” Over 34,000 people liked the post, and over 400 people commented on it.

Uhtred’s look in season 5 of ‘The Last Kingdom’

On June 16, 2021, fans got a glimpse of Uhtred (Alexander Dreymon) in season 5 as well on the official social media channels, including Instagram. The image has the name of the show at the top right of the photo. Uhtred can be seen in the middle, complete with his sword on his back. He is looking rather serious as he looks off, and his hair, which is short on the sides and longer on the top, is up and back out of his face. It looks like he has a braid in it, and his hair seems a lot longer than the last time we saw Uhtred in season 4. He’s in a long-sleeved shirt with warrior attire on.

At the bottom of the image, a quote from Uhtred can be seen. “’If I die, I will haunt you to the end of your days…’ -Uhtred,” it says.

Alexander Dreymon is tagged in the image on Instagram, and the post is captioned, “It’s time to look ahead… The journey continues but who will join the quest and who will fall? #thelastkingdom #TLK5.”

It’s always great to see official looks of our favorite characters in The Last Kingdom. We’ll have to see what else is shared before season 5 premieres.