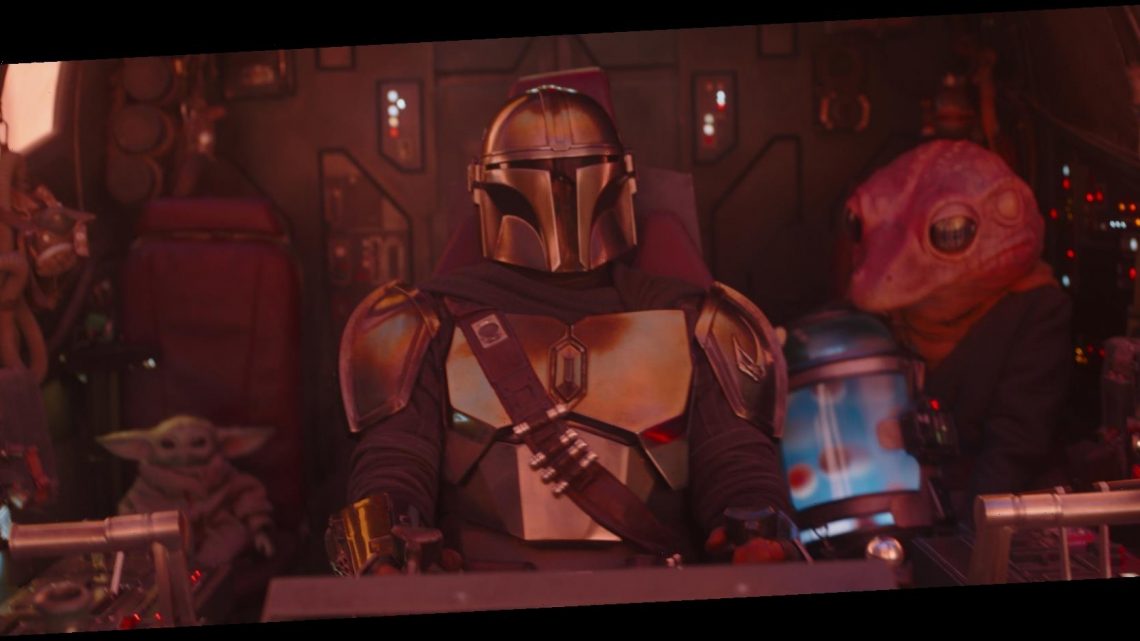 Even though The Mandalorian hinted at a Jedi — or former Jedi — making an appearance in this episode, many guessed that wouldn’t happen just yet. And they were right. Even so, a rumored title for next week’s episode offers more insight into what’s to come. Or does it? [Spoiler alert: Spoilers ahead for The Mandalorian Season 2 through Episode 4].

After Mando helped Bo-Katan in Episode 3, she told him that he could find Ahsoka Tano on the planet of Corvus. It’s not a place fans are familiar with, but her brief — yet important — history with Ahsoka makes many believe that the information is definitely trustworthy.

This past episode, “The Siege,” brought Din Djarin and The Child back to Nevarro and reunited him with Cara Dune and Greef Karga. They blew up an Imperial military base, one that was conducting a lab experiment tied to The Child’s creation, most likely.

Now, Mando is off to Corvus, not knowing he’s being tracked. Regardless, the site OSN.com previously noted the upcoming title of Episode 5 as “The Jedi.” It’s no longer stated on their site, but other places are still reporting (or at least hoping) that it’s the case. While there’s still no official word, that’s a very interesting title, considering Din’s heading to Corvus to see Ahsoka.

Combine that with the fact that Dave Filoni — who created Ahsoka with George Lucas for Star Wars: The Clone Wars in 2008 — wrote and directed the upcoming episode, according to IMDb. And, as he told Deadline in May, this is the only episode he wrote and directed this season. He’s an experienced animator, director, and executive producer when it comes to animation, but The Mandalorian is the first live-action project he’s directed on, doing the first and fifth episode last season. So he said he’s learning a lot from creator Jon Favreau (Iron Man, The Lion King).

But Ahsoka isn’t a Jedi anymore 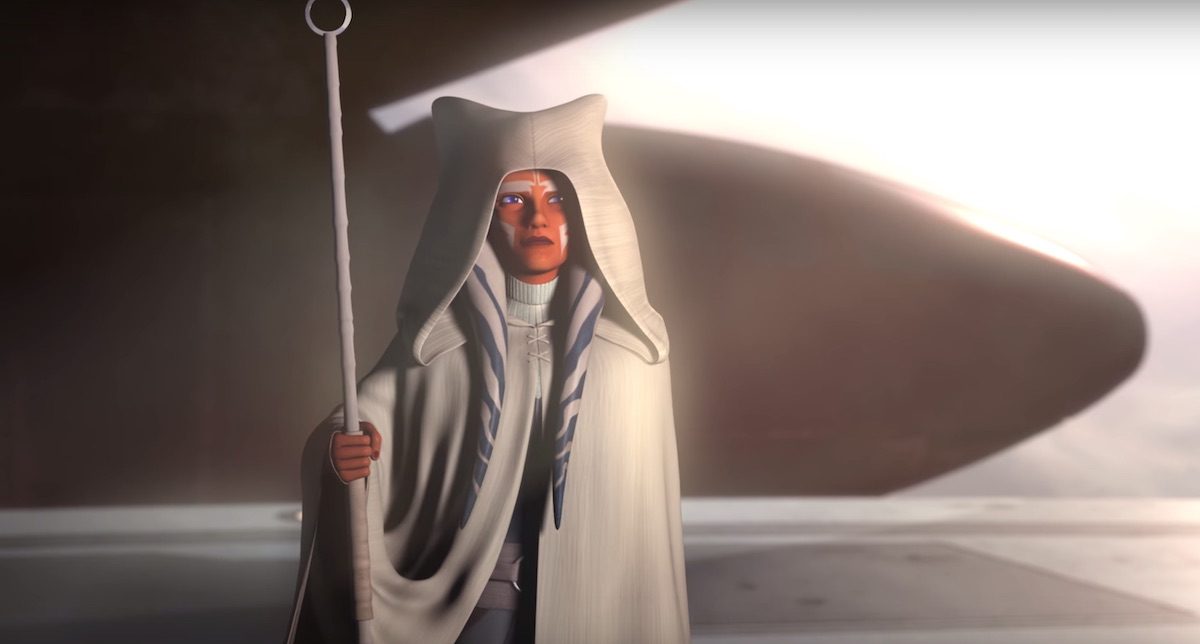 So, if the title is “The Jedi,” there is a bit to unpack with that. For one, Ahsoka Tano isn’t a Jedi. That’s going to be somewhat of a bummer for Mando when he gets to Corvus, since the whole point of the quest is to find the Jedi to deliver The Child to, since he’s Force-sensitive.

However, Ahsoka would be more than capable of mentoring The Child, if she chose to do so. Because even though she left the Order and didn’t practice the ways of the Jedi post-Clone Wars, she’s still one of the most powerful Force users out there.

In Star Wars Rebels, there were many times in Season 2 where she taught Kanan a thing or two. Or at least aided really well. And she also stepped back often, because she didn’t feel comfortable partaking in Jedi activities.

The biggest moment that might come to mind for fans is during her faceoff with Darth Vader on Malachor when he said that “Revenge is not the Jedi way,” as she said she wanted to avenge Anakin’s death (before she realized he was her master). She then says one of the most iconic Star Wars lines ever, mostly for the context and gravity of the conversation:

Now, fans don’t know what’s happened since she came back to Malachor after Ezra saved her. Nor what’s happened since the Epilogue of Star Wars Rebels. And it’s been a few years since the end of the war (the end of Rebels) and now. So who knows? Maybe her experience in the World Between Worlds changed Ahsoka. And the Ahsoka the White, as some fans call her, is now a Jedi once again. Maybe the title of the episode is a red herring.

Is there another possible Jedi that the episode could be named after if that is the title?

But, what if that’s not the case? Ahsoka did go a very long time without turning back to the Order, or at least the “concept” of an Order. There hasn’t been a Jedi Order since before the beginning of the Galactic Empire, and since the fall of the Republic, Ahsoka hasn’t felt compelled to take up the mantel of “Jedi” in any form.

In the novel Ahsoka, she closes herself off to the Force for a bit, out of survivor’s guilt. But as we see for years, she embraces it and uses the Force freely. But, again, she just doesn’t call herself a Jedi. Odds are she isn’t a Jedi again, but she’s the closest thing Bo-Katan knows to one, and the best bet for Mando.

But what if Mando finds another Jedi? Could he come in contact with Luke Skywalker? There are theories that that could happen. Or, an even bigger twist, Ezra Bridger is still presumably out there; what if that’s the Jedi the rumored title is referring to? Only Episode 5 will reveal all; there’s so much to think about .