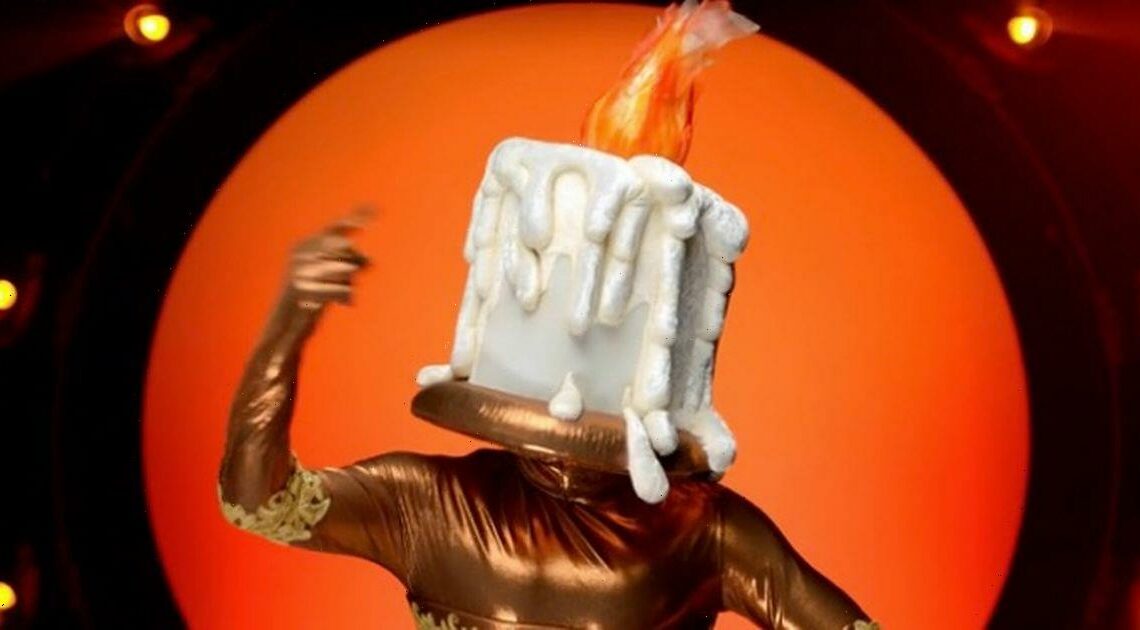 The Masked Dancer fans think they have already rumbled the identity of Candlestick as the hit ITV show returned to televisions on Saturday night.

During the episode, Candlestick took to the stage to dance in front of the panel – Oti Mabuse, Davina McCall, Jonathan Ross and Peter Crouch – to Relight My Fire by Take That.

Prior to the stage debut, the mystery character, whose identity is yet to be revealed, dropped a collection of clues as they teased: "Welcome to my humble abode… do come in, I’m Candlestick.

"Here is where I hold court. So do make yourselves at home. I might be an authority, but we’re certainly not fussy here. "I’m here to light up the party, well, I am a Candlestick after all! But enough about me, I can wax lyrical if you let me! May I offer you a refreshment?

"Do you take lemon in your water or just ice? Now, I must confess, I really don’t have any dance experience. But am I worried? No! Why? Because I know what it is to lose but win. So here we go because I’m going to be burning bright…"

And after their performance, host Joel Dommett got a pretend metal detector, which "zones in on clues" as they waved it over the mystery celebrity with it buzzing over their knee.

While Candlestick revealed another clue, saying: "I 'kneed' to let you know that I went via Tinseltown on the way to success."

Viewers were quick to speculate that Candlestick is Olly Murs as they pointed out that he had emergency knee surgery earlier this year and the Tinseltown comment was in regards to his song I Blame Hollywood.

Taking to Twitter, one person said: "100% think candlestick is @ollymurs … knee clue related to his knee surgery and the mention of Tinseltown is reference to “I blame Hollywood” track!! #maskeddancer #maskeddanceruk #themaskeddancer."

While a different fan added: "I 100% believe Candlestick is Ollie Murrs #TheMaskedDancer."

However, some viewers think it could be Judge Robert Rinder as one of the clues was "court" while "just ice" can be formed to make the word "justice".

While a different fan added: "#TheMaskedDancer Rob Rinder is Candlestick!"

It comes as Desperate Housewives star Jesse Metcalfe was unveiled as Astronaut on Saturday night, leaving the panel "freaking out".

The Masked Dancer continues on Saturdays at 6.30pm on ITV and ITV Hub.

Nike’s Best Back to School Basics