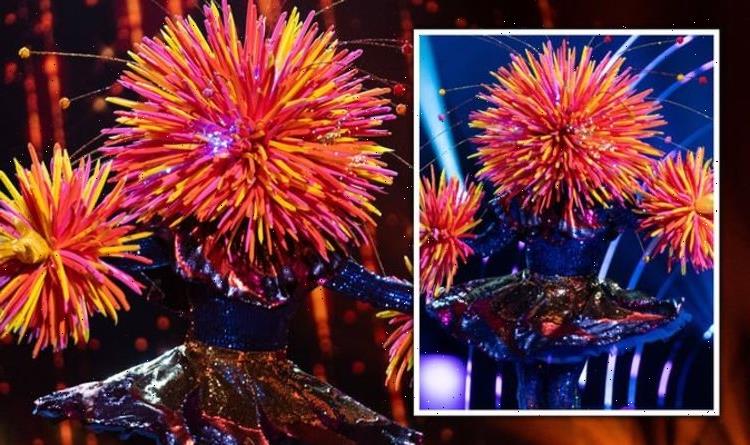 Firework took to the The Masked Singer stage on Saturday and performed their rendition of Jessie J’s Domino for Jonathan Ross, Rita Ora, Davina McCall and Mo Gilligan. The ITV judges suspected the fiery character could be Spice Girls’ Mel C, Love Island’s Molly-Mae Hague, model Jodie Kidd and actress Michelle Keegan. However, a clue from one of Fireworks’ co-stars may have revealed their identity.

In the third series opener, Chandelier was voted out of the show by the judges and shown to be M People’s Heather Small.

Speaking to Express.co.uk and other press, Heather shared her thoughts on which other celebrities may be taking part.

“I haven’t got a clue,” she admitted. “I was so much in my own world trying to sort out who I was.

“You don’t have no clue because the costumes are so brilliant absolutely brilliant.

“When you wear a costume, we take on a persona and you can’t even be gender-specific.”

However, Heather suggested Firework may be playing a similar game to her by choosing a costume that doesn’t reflect her personality.

“I did wonder how much of their personality are they bringing and how much are they leaving behind?” Heather asked.

“Because somebody like Firework is a little firecracker and you think to yourself, ‘Have you chosen that because it’s more in keeping with who you are or because you’re more of an introvert?’”

“I did the reverse I chose something that made me seem more introvert because I am an extrovert on stage,” Heather explained.

“It does make you think has somebody chosen something that is a link to something in their personality or something that’s as far away from them as they possibly could be?

“Chandelier is quite girly, quite effeminate and I have my moments but I wouldn’t say that I was girly and feminine.”

Fans of The Masked Singer have been growing increasingly convinced Firework is The Voice Kids coach Pixie Lott.

DON’T MISS
EastEnders heartbreak as couple torn apart in hate crime murder? [SPOILER]
‘One rule for famous and one for the rest’ Lorraine slams Djokovic [INSIGHT]
‘Can’t allow you to say that!’ Susanna Reid slapped down by Shapps [VIDEO]

Heather’s comments and an interview with Pixie’s mum back in 2009 appear to support this theory.

After topping the UK charts with her debut single Mama Do (Uh Oh, Uh Oh), Pixie’s mum told The Sun her daughter was introverted as a child.

“We were really worried about her when she was little. We thought something was wrong but it turned out she was just painfully shy.

“She didn’t really start talking until she went to school. I thank her stage school, Italia Conti, for drawing her out of herself.”

Get the latest three-day weather forecast where you live. Find out by adding your postcode or visit InYourArea

Firework’s clue VT and their distinctive voice led to fans suspecting Pixie is behind the mask.

In the video, Firework noted: “You find us in the sky, but this one also lit things up in another fashion.”

The singer’s work as a model and connection to the fashion industry could explain this clue.

The Masked Singer continues on ITV on Saturday at 7am.