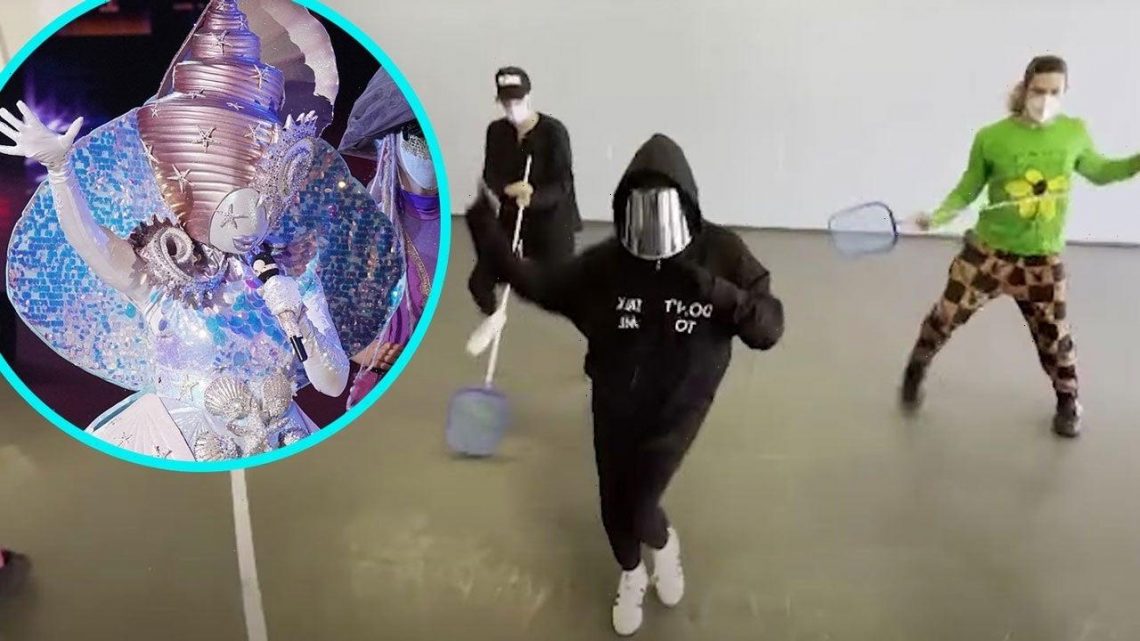 'The Masked Singer' Reveals Rare Look at The Seashell's Rehearsal

Ahead of The Masked Singer‘s big 2-hour Super 8 showdown on Wednesday, the musical guessing game is giving fans a rare behind-the-scenes look at the making of the show. Specifically, they revealed an unprecedented glimpse at The Seashell’s rehearsal session.

Given the level of secrecy the show is famous for, it’s rare for The Masked Singer to show a contestant out of costume. But even during their dance studio rehearsal sessions, the unknown celeb is still covered head-to-toe.

Rocking a black hoodie — with the show’s now famous contestant motto/warning “Don’t talk to me” printed across the front in large white letters — and a full opaque plastic face shield, The Seashell shows off her moves as she sings and dances in this exclusive clip.

While it might not give fans much in the way of clues to The Seashell’s secret identity, it does reveal what they can expect Seashell to wow the panel with during the big show — specifically, Tiffany’s 1987 hit version of “I Think We’re Alone Now.”

The Masked Singer‘s Super 8 showdown — which will see The Seashell face off against The Piglet, Robopine, The Yeti, The Russian Doll(s), The Crab, The Chameleon and The Black Swan — kicks off at 8 p.m. ET/PT on Fox!

In the meantime, if you’re trying to crack the mystery of the costumed contestants like the rest of America, check out our running list of spoilers, hints and best guesses, where we break down all the clue packages and make wild (surprisingly accurate) predictions about the singers’ secret identities.

Check out the video below to hear more about the wild and unexpected unmaskings that have already rocked the fifth season of The Masked Singer.