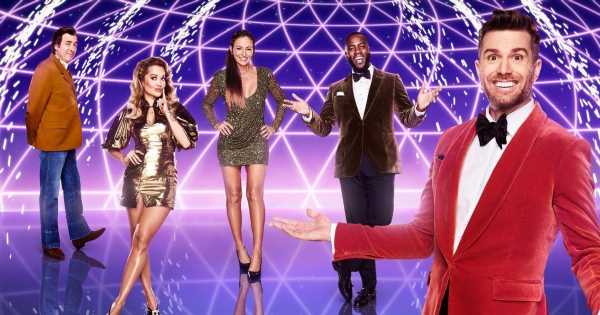 The star, 61, reckons the show is not about having good vocals.

He said: “Often someone will get kept in the competition, not because they’re a great singer, but because they’re really great at connecting with the audience and people of all ages, and that’s what makes it feel different to any other show, I think.”

Fellow panelist Rita Ora, 31, agrees it’s not about being good at singing.

She said: “I think at first because it’s called The Masked Singer there was an assumption that everyone would be a singer.

“What I think is so great about this show is that that are so many crowd pleasers and sometimes people might mess up the lyrics but it doesn’t matter because it’s not a singing competition.

“It’s a game show and I think that’s what makes the show so great.”

The new series features 12 celebs disguised as wacky characters including the oldest one yet.

They will do whatever they can to hide their identity.

Pop sensation Rita said: “They’re adjusting their accents and their singing voices which is what I always rely on.”

Jonathan added: “They’ve made it harder for us. One person was trained to sing using their mouth in a different way so that their very distinctive voice doesn’t sound like it.”

It comes after the news that The Masked Singer bosses have launched a social media crackdown.

They fear celebs posting stuff online will mean fans can work out they are taking part in the show.

Executive producer Daniel Nettleton said: “We had Ne-Yo posting a picture of himself in London on Instagram around the time we were filming the second series. And Dita Von Teese was pictured in London at the time of filming.

“People picked those things up and it was discussed on all the forums. It’s that kind of thing we have to keep a lid on.

“We tell them, ‘If you’re over here from another country, stop posting on Instagram!’”

Bosses go all out to keep the identities of contestants secret because if they get leaked it ruins the show.

Daniel said: “With shows like I’m A Celebrity, people want to know which celebs will be doing it.

“But with Masked Singer the whole purpose is that it’s a guessing game. So if someone ruins that, they won’t be popular.”

Willem Dafoe Had 1 Requirement for Returning as Green Goblin