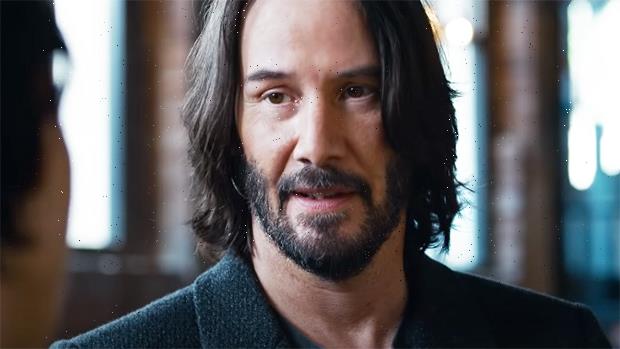 The first trailer for the highly-anticipated fourth ‘Matrix’ film, ‘The Matrix Resurrections,’ has arrived. Keanu Reeves is back as Neo after 18 years, and the stakes are higher than ever.

The trailer for The Matrix Resurrections begins with Neo (Keanu Reeves), going by his original name of Thomas, in a therapy session. Neo tells his therapist, played by Neil Patrick Harris, that he’s been having “dreams that weren’t just dreams.” He’s now taking prescription blue pills and crosses paths with Trinity (Carrie-Anne Moss).

Neo and Trinity shake hands but don’t remember each other. “Have we met?” Trinity asks Neo. Yahya Abdul Mateen II’s character hands Neo a red pill. “Time to fly,” he says. The trailer ends with Jonathan Groff’s character saying to Neo, “After all these years to be going back to where it all started, back to the Matrix.”

Before the trailer’s launch, The Matrix team released teasers from the new movie via the film’s website, including first looks at Neo and Trinity as well as Jessica Henwick and Groff’s characters. Yayha’s mystery character was also introduced, and he’s giving off major Morpheus energy. “This is the moment for you to show us what is real. Right now you believe it’s…” Yahya says in the teaser before reciting the exact time you’re watching the video. He adds, “But that couldn’t be further from the truth. Could be this is the first day of the rest of your life, but if you want it, you gotta fight for it.”

One person you can expect not to see in The Matrix Resurrections is Laurence Fishburne, who played Morpheus in the preview movies. He revealed that he actually didn’t get contacted to reprise the famous role. “I have not been invited. Maybe that will make me write another play. I wish them well. I hope it’s great,” he told Vulture. 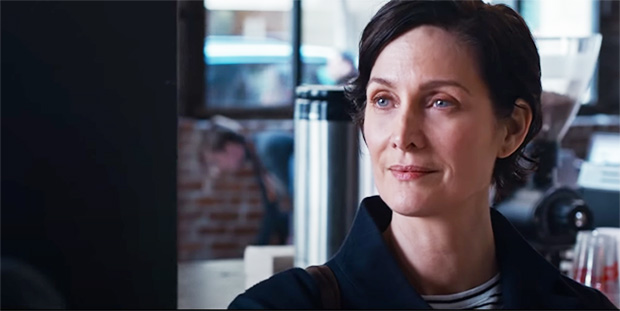 The cast of The Matrix 4 is stacked. In addition, Keanu and Carrie-Anne, Matrix alums Jada Pinkett Smith, Lambert Wilson, and Daniel Bernhardt are also returning. Priyanka Chopra, Christina Ricci, Telma Hopkins, and more have been cast in undisclosed roles.

The Matrix Resurrections comes 22 years after the first Matrix movie was released in 1999. The following sequels were released in 2003, so it’s been 18 years since we last saw the beloved Matrix characters. The Matrix 4 will be released in theaters on December 22. The film will also be available digitally on the ad-free tier of HBO Max for a month.