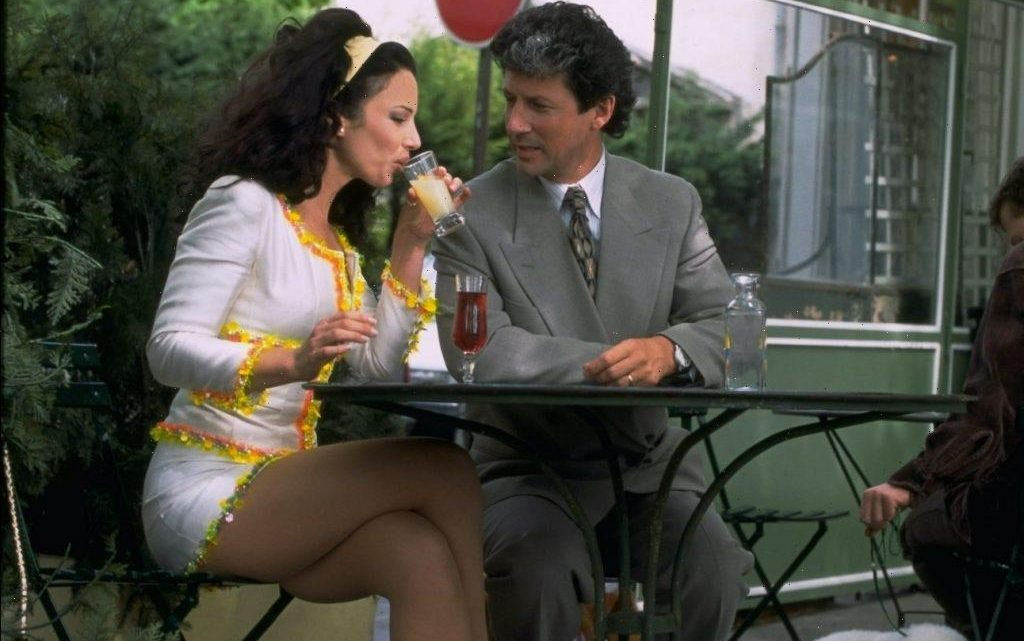 Whether the style and fashion choices are central to the show’s theme or a subtle undercurrent, there’s no denying that the clothes characters wear make a big difference to how viewers perceive them. Any Sex and the City fan will tell you that Carrie’s fashion choices were core to her character’s development.

It doesn’t always take an $80,000 luxury gown to make audiences take notice, however. Even a series like Seinfeld — where fashion certainly wasn’t front and center for the plot — depends on careful fashion choices to make the scene come together.

The Nanny was a show where the character’s personality and the clothing choices went hand-in-hand, and it turns out that many of the iconic looks were sourced from surprisingly affordable outlets.

Fran Drescher has become almost indistinguishable from her character Fran Fine. In addition to playing the title role, Drescher was one of the co-creators of The Nanny, a sitcom that ran from 1993 to 1999.

In it, Drescher portrayed Fran Fine, a Jewish New Yorker who suddenly found herself fired, dumped, and wondering what to do next. As luck would have it, she’s mistaken as an applicant for a nanny position with the wealthy widower Maxwell Sheffield.

Over the course of six seasons, fans got to see Fran move in with the Sheffields as the tension between her over-the-top personality and their more muted approach to life left plenty of room for laughs — and some romance.

The series was certainly a high point in Drescher’s career. She went from the iconic role to a short-lived series called Living with Fran and then wrote and starred in a more recent series titled Happily Divorced. Throughout her various creative projects, the influence of her time on The Nanny and the impact it had on fans has loomed large.

Fran Fine’s outfits were a key part of ‘The Nanny’

One thing that helped make The Nanny work was Fran’s exuberant personality. She was unafraid to be herself, and her clothing had to demonstrate that key part of her identity. As Huffington Post reports, the wardrobe took on a life of its own.

The quality of individuality has also made the style timeless and particularly resonant with today’s viewers. Shanae Brown, who runs an Instagram account dedicated to Fran’s outfits, explains: “There is a wave of ’90s nostalgia right now, and all the pieces that Fran wore aged perfectly. Her outfits were tight, short and full of color. The wardrobe perfectly matched who the character was as she wasn’t afraid to be bold and unapologetically herself, which is also another wave we’re going through ― women not being afraid to fully embrace themselves and their style through fashion.”

‘The Nanny’ wardrobe was sourced from affordable places

The brains behind the costume design on the set of The Nanny reside with Brenda Cooper. In an interview with Hello Giggles, Cooper opened up about her time working on the show and what she remembers most about styling Fran.

“Wow, if I’m going to do this show that Fran’s given me to do, I want to make a statement,” Cooper remembers thinking of her goals.

Reaching those goals included lots of shopping sprees in designer stores, but Cooper wasn’t afraid to get her inspiration — and materials — from less expensive outlets.

“I once found an amazing jacket in a trash can that somebody threw out for another show, and I got it fixed up and used the jacket on C.C. It doesn’t have to be designer,” Cooper explained.

Her pieces came from K-Mart, thrift stores, and garage sales in addition to designer shops like Neiman Marcus or Dolce and Gabbana.

American Idol Contestants You May Not Know Died
Recent Posts