Home » TV and Movies » 'The Office': John Krasinski Said the Show Was 'Legit Canceled Every Single Friday' the First Season 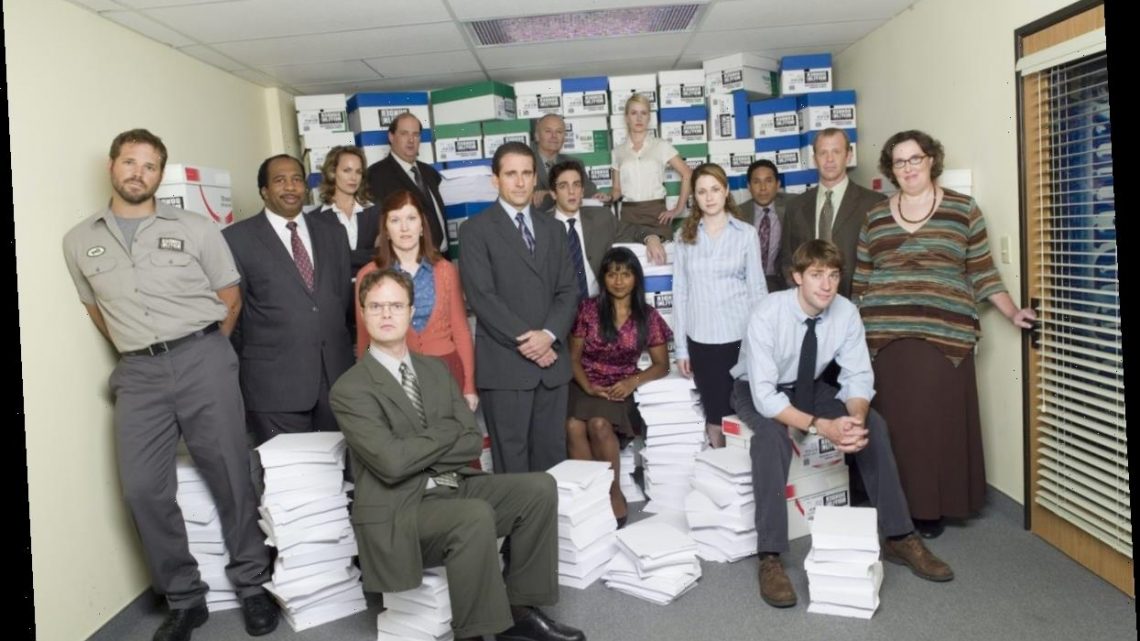 'The Office': John Krasinski Said the Show Was 'Legit Canceled Every Single Friday' the First Season

The Office’s first season was a bumpy start out the gate but the show persevered and eventually found success. John Krasinski, who starred as Jim Halpert, said that things were so rough, The Office faced cancelation every week during the first season.

The Office wasn’t a runaway success initially and was in danger of being canceled. During a 2018 interview with SAG-AFTRA Foundation, Krasinski gave some perspective about how bad the ratings were, noting the show was “legit canceled every single Friday.”

“We never thought it would go anywhere. I mean we actually … we were not only threatened to be canceled, we were legit canceled every single Friday,” Krasinski explained.

“I think our pick-up is tied for the lowest in history,” he continued. “We were picked up for four and I think [executive producer Greg Daniels] was bold enough to say, ‘I won’t do four, I’ll do six’ and so we had the first season of six, which was amazing.”

“And every single Friday I remember this amazing guy Jeff, this really handsome cool guy from NBC, being like ‘This is my favorite show. Unfortunately, the network doesn’t see that. You will not be doing this show,’” Krasinski recalled.

“And then you’d get a call on the weekend, ‘Come back Monday, we’ll give it another try,’” he said.

Steve Carell’s starring role in The 40-Year-Old Virgin helped get The Office more exposure and give the network hope that viewership would increase.

During the July 21, 2020 episode of Brian Baumgartner’s An Oral History of The Office podcast, writer Mike Schur explained how creator Greg Daniels worked with The Office writers to tweak the Michael Scott character for season 2.

Schur shared Daniels’ pitch to the writers, which involved injecting some likability into the character. “I watched The 40-Year-Old Virgin. The reason we’re back is largely because of The 40-Year-Old Virgin,” Schur said Daniels told them. “We need to take 20% of what is so endearing and likable about that character and swirl it into Michael Scott and we need to take 20% of the optimism of that movie and swirl it into the show. And I want every episode end with a little upswing.”

In season 2, Michael had more redeemable qualities while still being the cringy boss, as pointed out in the podcast, such as giving Jim advice about Pam or being a great salesperson even if he’s not good at managing the office.

“All of these moments begin to show us how Michael is redeemable and therefore lovable,” Baumgartner explained.

John Krasinski said fans made ‘The Office’ a success

Krasinksi shared some of the moments that indicated the show was leaving its bumpy beginnings behind, including how the fans played a huge role in the show’s success.

“We were lucky enough to come out at the same time as iTunes and so I was walking through New York and a guy came up to me — had no idea what an iPod was — and he was like, ‘Hey man, you’re on my iPod,’” the actor recalled

Krasinski continued, “And my brain exploded because he was holding some device that I thought was a bomb or something. And then my face is on like an inch-by-inch screen and I thought, ‘This is very bizarre.’”

“And we realized that if we could get people to pay $1.99 for a show that they could watch for free, that’s when NBC was like, ‘Oh boy, all right. Fine! We’ll pick it up!,’” he said. “And that’s when everything changed.”

“We legitimately owe everything to our fans,” Krasinski said. “I can honestly say that our show is as much yours as it is ours. You created what we have. You gave us the opportunity because you legitimately voiced your opinion to say ‘We love this show.’”