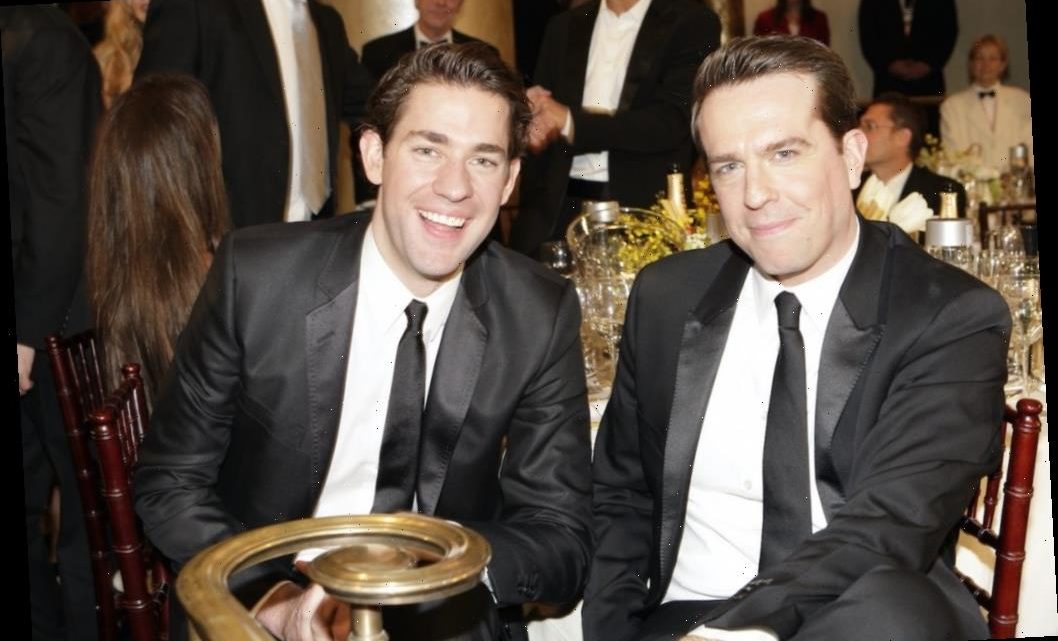 The Office cast grew incredibly close throughout the show’s nine years of filming. Most of the cast members were there from start to finish, and a few came and went along the way.

Ed Helms, who played Andy Bernard, joined the show in its third season. Despite excitement, Helms actually dealt with some anxiety when joining — and John Krasinski’s words are what helped him overcome it.

Ed Helms joined ‘The Office’ in its third season

It’s hard to believe there was a time when Ed Helms was not a star of The Office. Helms, who played Andy Bernard, joined the show in its third season, after Jim Halpert (John Krasinski) took a job at Dunder Mifflin’s Stamford branch.

Andy was an employee at the Stamford branch, and his intention was to stay there after the Dunder Mifflin branch closed. But due to a higher-up Stamford employee quitting unexpectedly, Dunder Mifflin opted to close the Stamford branch instead. A few employees then made the transition back to Scranton, including Andy. Once Andy arrived at the new branch, he grew on fans even more and became a permanent part of the cast.

Helms was thrilled when he landed the role; he revealed in an interview with “Inside the Office” in 2009 that he was “already a big fan of the show” upon trying out for the role. Despite the excitement, though, Helms was anxious when it came time to start filming and getting to the know his cast mates.

“I was very nervous because I didn’t know how I would fit into this kind of vibe,” Helms said about joining the show. But Helms said that Krasinski actually spoke to him and helped him work through it. “I was sort of opening up to John somehow about my anxiety,” Helms said. “And he was like, ‘Dude, we’re all here to support you.’” Helms went into more detail about Krasinski’s words. ““It was something like, ‘We’re a basket, and you just feel like you can nestle into it’ or something.” The cast found Krasinski’s comments to be hilarious. The audience broke into laugher as well. But regardless, it worked.

Despite how it came out, Krasinski was there to assure Helms that, though he was the newest cast member, everyone was going to be a friend to him. And sure enough, the cast became like family to Helms.

The Office closed with its ninth season in 2013. Since then, though, the cast members have remained close. They’ve come together for several reunions, and some have even gone on to start new adventures together.

Angels Kinsey and Jenna Fischer, who played Angela and Pam respectively, launched a podcast called “Office Lades,” where they discussed behind-the-scenes moments, secrets, and more about the show. And Krasinski and Fischer, who were married on the show, have also remained close friends in real life.