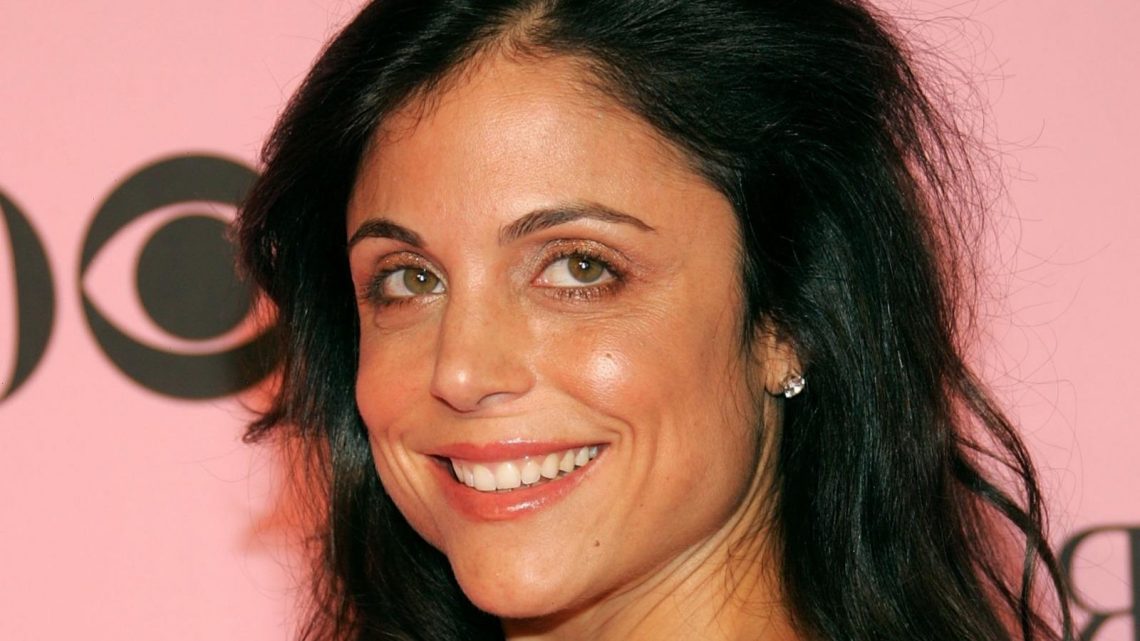 The Transformation Of Bethenny Frankel From 35 To 50 Years Old

Bethenny Frankel is one of the OG’s of “The Real Housewives of New York City,” and she has enjoyed a few stints on the show during her career. A lot of the reality star’s life has played out in front of the camera, including legal drama, the rise of her business, which she turned into an empire, and, of course, plenty of drama between her and her former co-stars. We love every rivalry that Bethenny is a part of because she has a no-B.S. attitude and is never afraid to speak her mind.

Before her stint on “The Real Housewives of New York City,” Bethenny began her career in film. According to her IMDb profile, she has a few acting credits to her name, including a role as Laura Drake on “Hollywood Hills 90028” in 1994. The film, which included a sex scene, resurfaced and it was a big topic of conversation for Ramona Singer on “RHONY” (via Refinery 29).

“You were topless. You had sex on a waterbed. You kissed another woman. You know what, I never mentioned that. But you want to mention it? Now I’m going to mention it,” Ramona ranted in 2017. Years later, Bethenny admitted that acting wasn’t for her: “I didn’t move to L.A. in 1992 to get married: I was there to get into the entertainment industry. Soon after arriving, I found I no longer wanted to be an actress,” she told Refinery 29 in 2020.

Let’s take a look at her career in the spotlight, starting back in 2005.

Bethenny Frankel appeared on The Apprentice: Martha Stewart in 2005

Before rising to fame on “The Real Housewives of New York City,” Bethenny Frankel appeared on Martha Stewart’s version of “The Apprentice” in 2005. Bethenny made it all the way to the end of the series before ending as runner-up. According to CBS, Dawna Stone came out on top of the 13-week-long contest and earned a spot on the team at Martha Stewart Living Omnimedia. She also earned a salary of $250,000, which is pretty legit if you ask us. While Bethenny did not win the show, it’s safe to say that she’s still had a successful career.

In 2015, Bethenny opened up about her time on the show, sharing that Stewart was not a big fan of hers. “She doesn’t like me. She never really has. She’s consistent,” Bethenny told Seth Meyers on “Late Night.”

“We had a moment where we were going to do something on TV recently together. She’s always been like a parent that I’ve always tried to get them to love me, but I gave up on that a couple years ago when I had my own show. She just never misses the opportunity to say something negative about me or my products.” Honestly, we’re not surprised by this, but we’re sure Bethenny is happy she went on the show because it definitely kicked off her career. Did we mention she sold her SkinnyGirl brand for a reported $100 million in 2011? (via Money).

Bethenny Frankel wears many hats in her life but she will forever be known as a housewife in our book. The reality star got her start on the show in 2008, which was the freshman season of the New York franchise (per IMDb). The first series of the show famously starred Luann de Lesseps, Alex McCord, Ramona Singer, and Jill Zarin. During her first go-round, Bethenny stayed through 2010 before opting to leave the series. She re-joined the cast in 2015 before exiting again in 2019. This means she tangled with a lot of cast members during her tenure and every single second with the star was filled with a mix of comedy and drama.

When she decided to leave the series in 2019, Bethenny told Variety she was ready for the next chapter in her life. “It’s time to move on and focus on my daughter, my philanthropy, and my production partnership with Mark Burnett, producing and starring in shows, which represent a shift in the conversation for women.” She also added that she wants to highlight her other skills like her “strength, confidence and unstoppable” power that she and other women possess.

“My experience at Bravo has been an incredibly magical ride. I am so grateful to them for highlighting my entrepreneurialism and allowing me to pave the way for many women to achieve their goals,” she said. Are we wrong for wanting her to come back for a third time?

Bethenny Frankel’s personal life also played out on “The Real Housewives of New York City” and a spinoff show that was titled “Bethenny Ever After,” which aired from 2010 to 2012 (via IMDb). The story followed her life with her then-husband, Jason Hoppy. As fans know, Bethenny’s relationship didn’t go well, ultimately ending in splitsville in 2012. Thankfully, the marriage brought the former couple an adorable daughter, Bryn Hoppy, whom her mother clearly adores. Us Weekly reported that the pair met in 2008 and he proposed just 11 months after their initial meeting. They married in March 2010 and welcomed daughter Bryn two months later.

In December 2012, they announced that they were separating via a statement to Us Weekly. “This was an extremely difficult decision that, as a woman and a mother, I have to accept as the best choice for our family,” the reality star shared. “We have love and respect for one another and will continue to amicably co-parent our daughter who is, and will always remain, our first priority. This is an immensely painful and heartbreaking time for us.” The divorce was not finalized until 2021 and throughout the process, they endured many intense sessions in court, which included a bitter custody battle. Luckily, Bethenny found love again with real estate developer Paul Vernon. The duo got engaged in 2021.

Bethenny Frankel launched B Strong in 2016

Bethenny Frankel launched a new venture in 2016 that aimed at giving back to those in need (via Fortune). According to the website, Bethenny started the B Strong Foundation to help women who face a crisis “on their road to success.” The organization also includes a section that is aimed toward disaster relief in partnership with the Global Empowerment Mission. B Strong provides a number of things for people in need including bank cards, gift cards, and critical supplies. Bethenny’s organization has already helped people in “Texas, Florida, Mexico, Northern California, Dominica, Guatemala, North Carolina, The U.S. Virgin Islands and the Florida Panhandle,” the site claims.

In addition to helping with natural disaster relief, B Strong also provided a lot of help amid the COVID-19 pandemic. According to Delish, they raised over $15 million to help with supplies, which included masks, funding for hospitals, and even hazmat suits. In 2021, she also helped with the devastating winter storm in Texas (via Daily Mail). “The transport mission is also inclusive of “BStrong family kits” filled with food necessities for the U.S. COVID-19 crisis, totaling over 1,000 family boxes for each truckload to serve roughly 5,000 people per truck,” a release from NCS group, who partners with B Strong said. The kit included hand sanitizers, toothpaste, beans, canned goods, and other things to help people who were left without power.

Bethenny Frankel has experienced heartache but come through it

Bethenny Frankel’s life has been made up of many good things, but she’s also had her fair share of heartache. Following her very public divorce drama with ex Jason Hoppy (actually, right in the middle of it), another one of Bethenny’s relationships ended tragically but for very different reasons. The reality star’s boyfriend Dennis Shields was found dead on August 10, 2018, at his apartment in Trump Tower. He died of a suspected drug overdose, and his untimely death came as a shock to many, including Bethenny.

The “RHONY” star talked about his death in an episode of the show in 2019 (via People), sharing what a profound impact it had on her. “He had such a powerful force in my life, and my daughter loved it, that it was like this whole thing that was hard to extricate myself from,” she shared. Bethenny also admitted that she felt guilty about his death. “There was a lot in my mind about him dying right after that. I could not get off the ride. I feel guilty that the only way I got off the ride is that he’s dead. I hope I didn’t have anything to do with him dying.”

Bethenny came out on the other side, though, and met real estate developer Paul Vernon, who proposed in 2021.