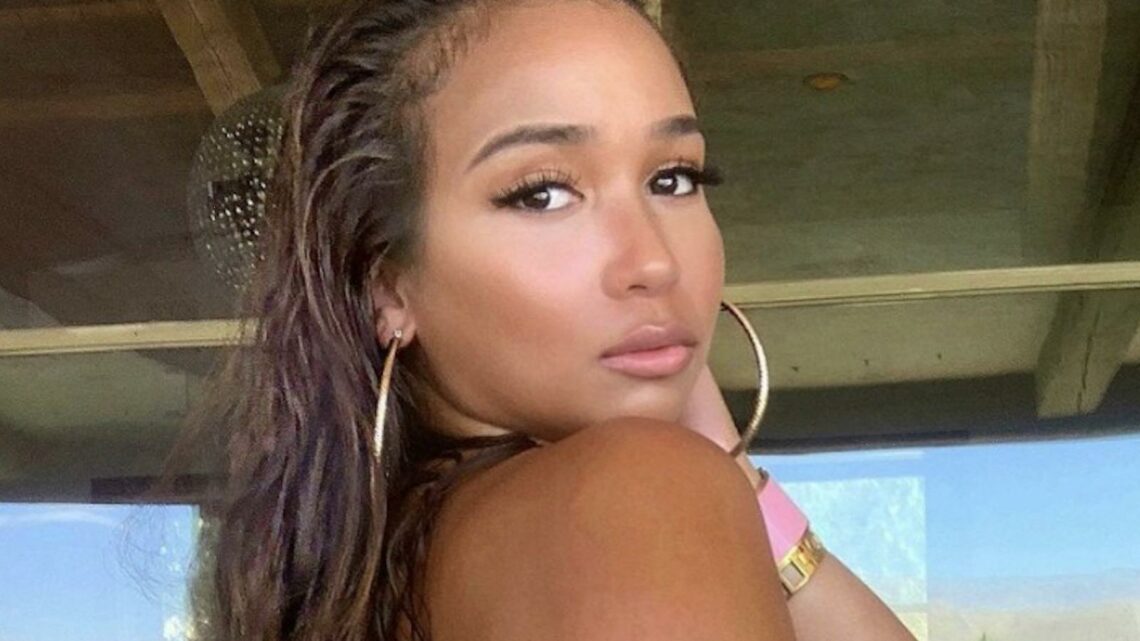 Much has been said about Tristan Thompson’s infidelities, but his ex-girlfriend (pre-Khloé Kardashian) is still somewhat of a mystery. In case you missed it, the NBA star and Khloé have parted way due to some cheating allegations in June. However, the two are still trying to keep things amicable. On August 30, for example, Tristan and Khloé were spotted together at a birthday party for LeBron James’ wife Savannah in West Hollywood, Calif.

“They were both invited to the birthday party and hung out a bit,” a source told People. “They arrived with separate groups of friends though.” According to the same source, Tristan and Khloé’s main priority is their three-year-old daughter, True. “Regardless of what happens with Tristan, Khloé wants True to know that both of her parents love her tremendously.” Apart from True, Tristan has another child from a previous relationship with Jordan Craig.

Tristan’s son, Prince, turned four years old in December 2020 … meaning that Jordan was pregnant with his child when he started dating Khloé in 2016. According to Jordan, it was a stressful time for her. “This brought an enormous amount of negative, unwanted attention and stress into my life, and more critically, into my pregnancy,” she said in 2019 court documents obtained by Radar Online. “My obstetrician ordered me to be on bed rest due to high levels of stress that eventually caused me to have serious pregnancy complications.” Scroll down to find out more about Jordan.

Jordan Craig was married to another Kardashian-Jenner's ex 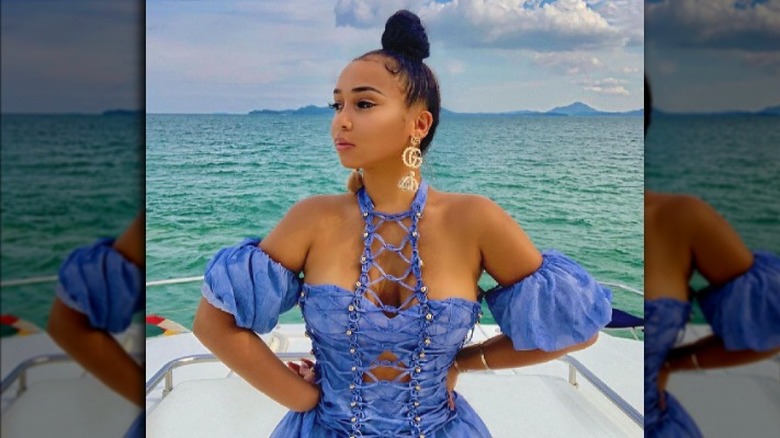 At 30 years old, Jordan Craig is an Instagram influencer and model from Los Angeles, Calif. At the time of writing, her official Instagram account counts over 742,000 followers, with her bio listing some of her businesses. Her current ventures include What Jordy Wore, a fashion boutique, WJW The Salon, a shop selling hair extensions, and a luxury vacation experience called Moms On Tour.

Jordan has never been in the public eye too much, but she does have some pretty important Hollywood connections via her family. Jordan’s father Carl Craig, for example, is a TV producer and writer who worked on shows like “American Soul” and “Real Husbands of Hollywood,” as well as movies “The Bobby Brown Story”and “Hollywood Shuffle” (via IMDb). According to Dreshare, she is also cousins with Kevin Hart’s current wife, Eniko Parrish.

And though she is connected to the Kardashian-Jenner’s via Tristan Thompson — since her son Prince and Khloé’s daughter True are half siblings — Jordan was previously linked to a different ex-boyfriend of the family. According to court documents obtained by TMZ, Jordan was actually married to rapper Tyga, Kylie Jenner’s ex-boyfriend before Travis Scott. Tyga and Jordan’s marriage didn’t last long, though. They married in September 2010, but divorced just one month later. Then, in 2012, Jordan was entered a relationship with NBA player Baron Davis until 2013, before meeting Tristan in 2014 (via Who Dates Who). Guess all roads lead back to the Kardashians!