John Patrick Shanley, the Oscar and Pulitzer Prize-winning writer, is best known for writing the scripts for the Cher/Nicolas Cage romance Moonstruck and for writing and directing two very different movies: 1990’s Joe Versus the Volcano and 2008’s Doubt. But Shanley re-entered the zeitgeist last year with his absolutely bonkers romantic drama Wild Mountain Thyme, which featured an ending so unexpected and ridiculous that it set a small corner of the Internet completely abuzz.

Now Shanley has set up his follow-up project, a new movie called The Twinkle Brothers that sounds like a whimsical, lighthearted comedy. Get the details below.

Shanley will write and direct The Twinkle Brothers for Rivulet Media, and the film will be produced by Rob Paris (The Blackcoat’s Daughter). Here’s the movie’s official synopsis:

The Twinkle Brothers is a tale told by avuncular café owner Mordecai who, when tasked with the responsibility of looking after his precocious six-year old granddaughter Rita for an afternoon, spins her a yarn about Freddie and Miguel, two insanely competitive brothers from Puerto Rico who come to New York and end up with competing restaurants directly across the street from one another.  The brothers stop at nothing to be the best on the block, ratcheting up the competition to the delight of their neighbors who are treated to bizarrely spectacular light shows, dueling Santas and seemingly endless plates of delicious and comforting food.

For those of you who saw the name “Mordecai” and began to wonder if it might be referencing that infamous character with the silly mustache, brace yourselves: that character’s name is spelled with a “t” (as in “Mortdecai”), which dashes all hopes of a crossover. But it says a lot about the next-level insanity of Wild Mountain Thyme that a Mortdecai crossover would not be the most surreal thing in Shanley’s filmography.

In all honesty, the first movies I thought of when I read that synopsis were Rob Reiner’s The Princess Bride and Tarsem Singh’s The Fall, which both contain a framing device featuring an older guy telling a young person a story. If this movie is half as good as either of those, I’ll be very pleased.

Casting is currently underway, and filming is expected to begin this fall in New York. The Twinkle Brothers does not have a release date or distributor in place yet, but considering Shanley’s pedigree, it’s likely only a matter of time.

'The Office': This Actor Made 1 of the Jingles for 'Local Ad' 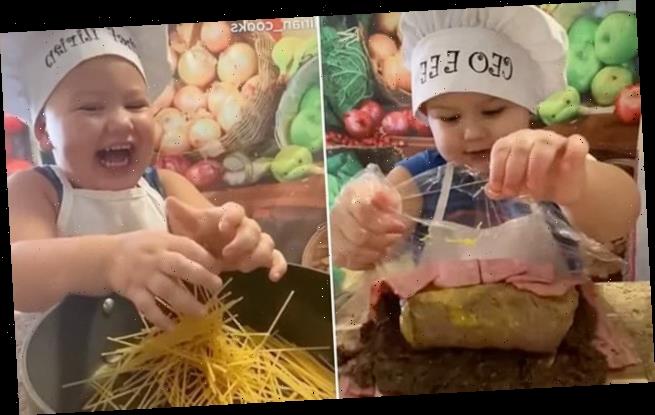