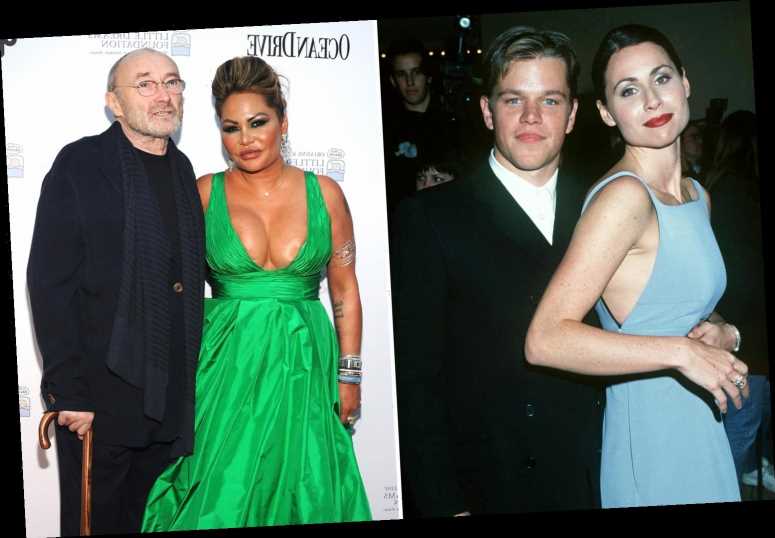 BEING dumped by the love of your life is brutal under any circumstances, but imagine it happening by text, on social media… or even on a talk show.

That's the reality for some unfortunate celebs, who have seen relationships and even marriages ended in some ruthless ways – from 'runaway brides' to shock public announcements. 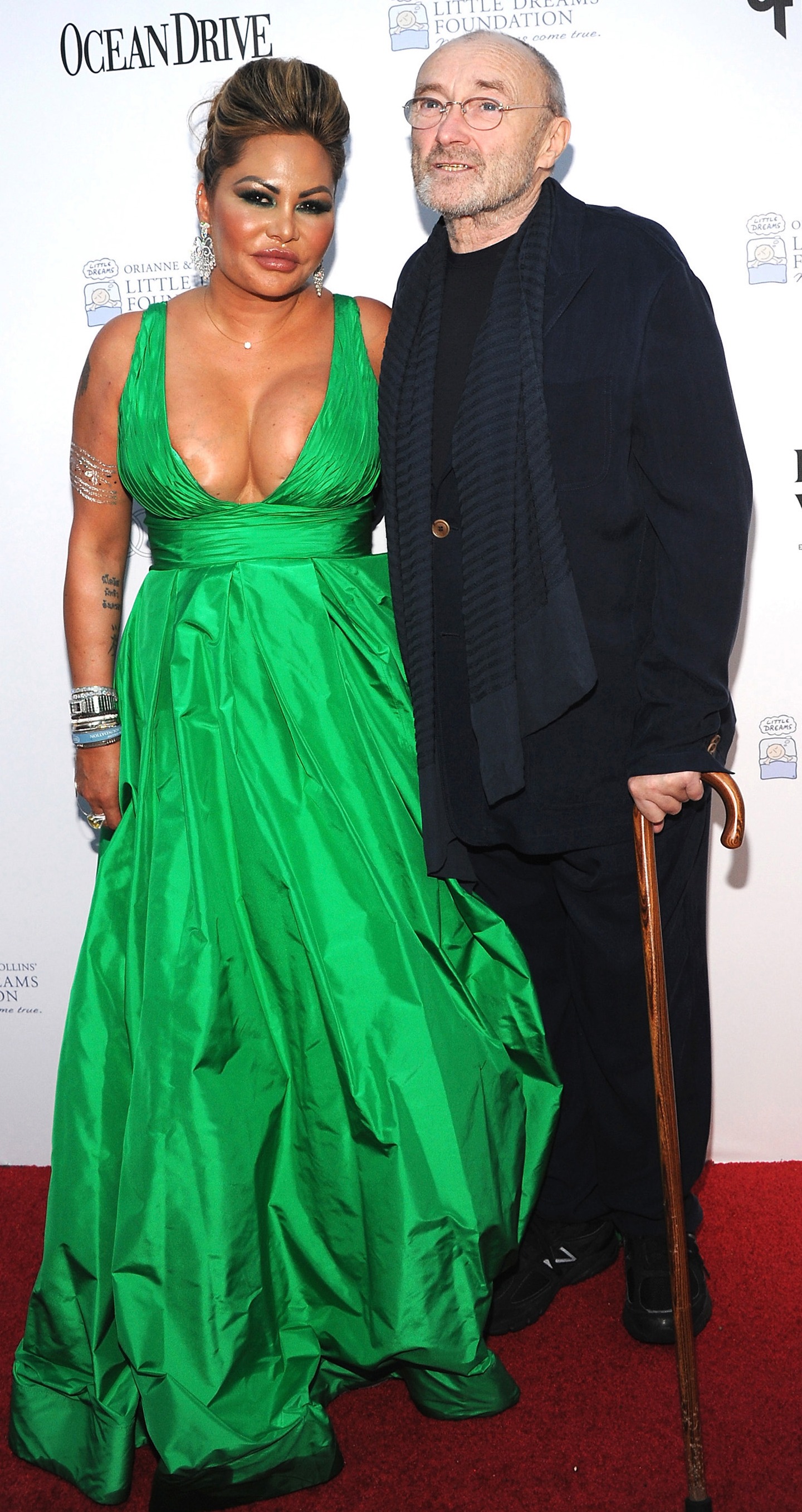 The latest big name to see his heartbreak play out in the spotlight is Phil Collins, whose ex-wife is said to have told him she'd found love with another man by text.

The drummer, 69, had spent lockdown with his third wife Orianne Cevey, 46, in Miami, but got the text saying she had found someone else in July – before she then secretly married part-time guitarist Thomas Bates in Las Vegas on August 2, according to a sensational court filing in the US.

But she's not the only one who is reported to have used brutal tactics to dump a lover. 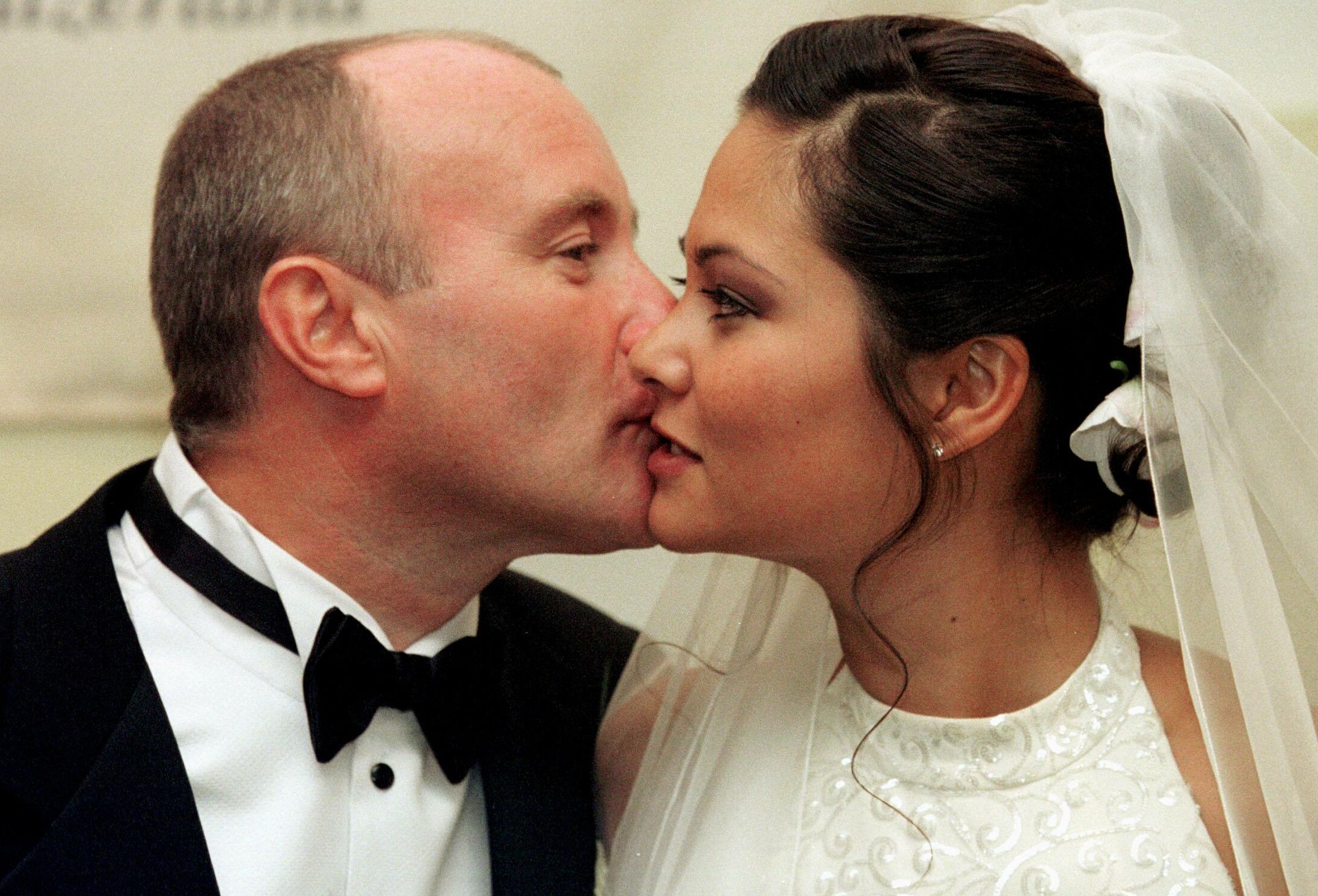 They fell head over heels after starring together in 1997's Good Will Hunting, but Matt Damon and Minnie Driver's relationship failed to go the distance.

And rather than confirming they were over in a joint statement, Matt announced the split during an interview on Oprah. 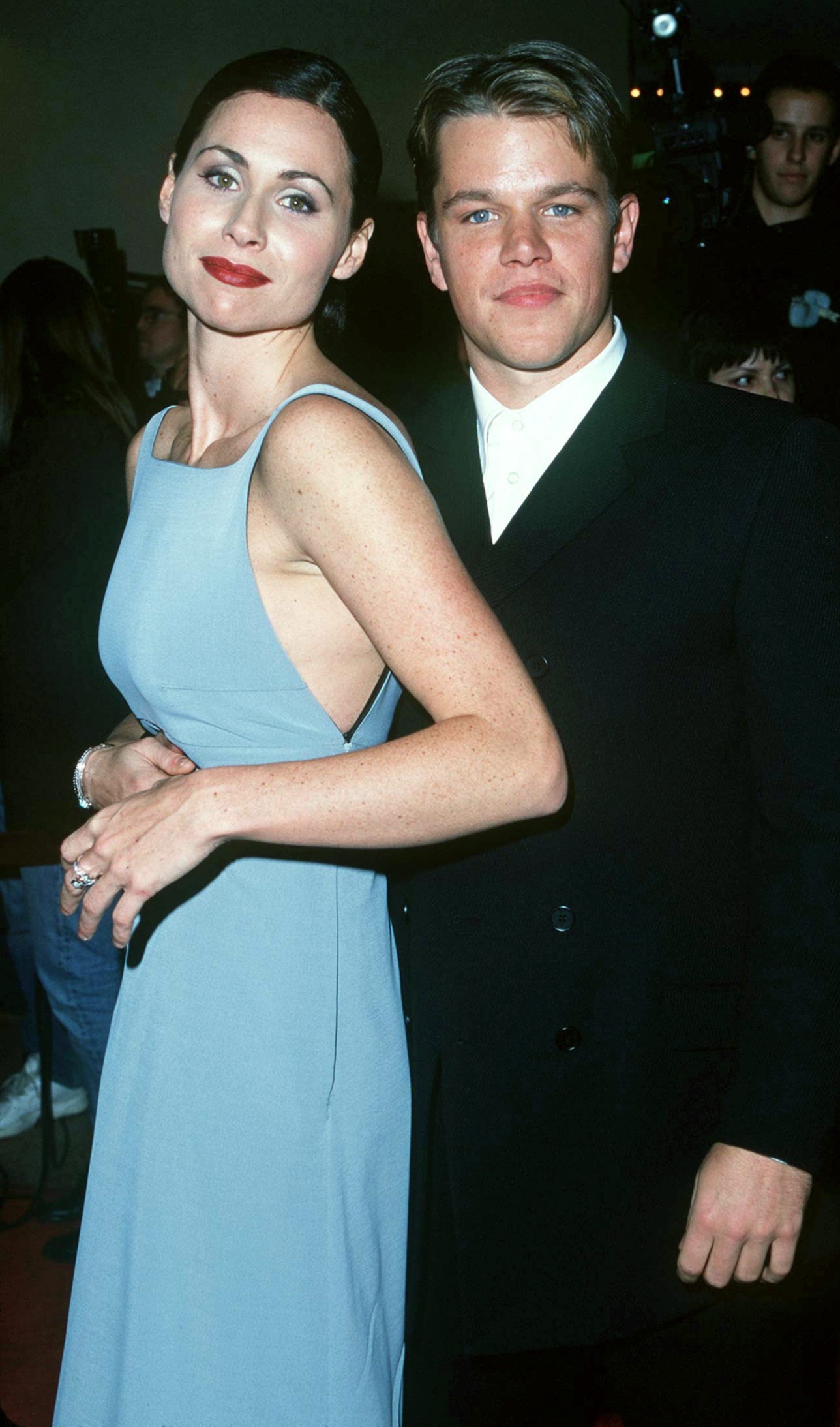 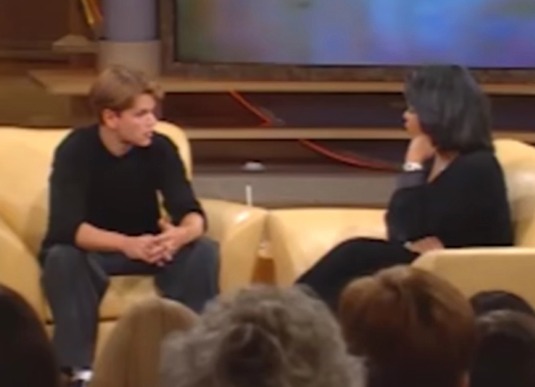 When asked about his relationship on the show, Matt – who had gone on to win an Oscar for the film – replied that he was single.

She added: "It seemed like a good forum for him to announce to the world that we were no longer together, which I found fantastically inappropriate. Of course, he was busy declaring his love for me on David Letterman a month previously.”

In possibly one of the most highly publicised break-ups in recent years, Katy Perry sensationally accused her ex Russell Brand of ending their marriage by text. 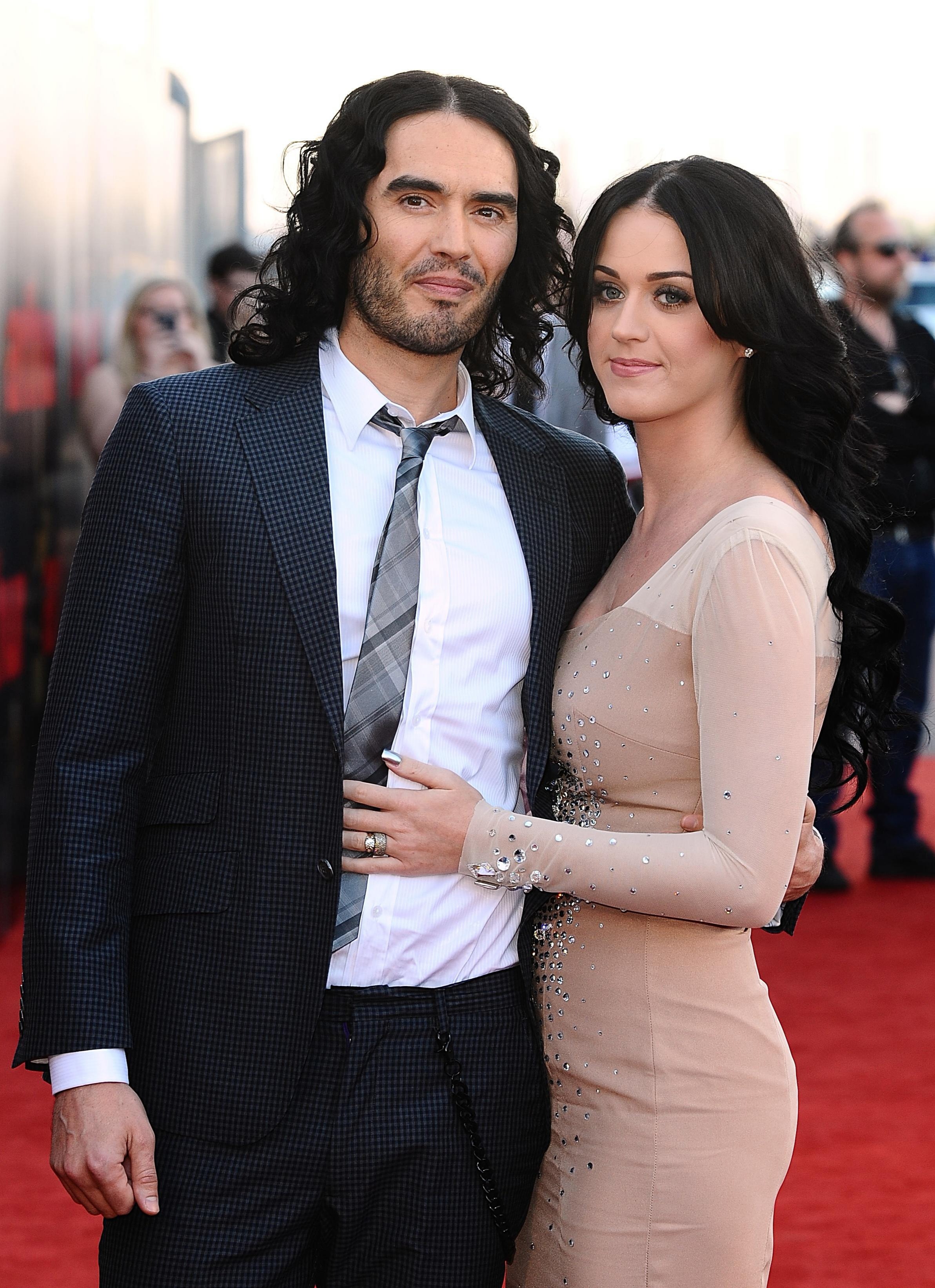 The popstar told US Vogue: "He’s a very smart man, a magical man and I was in love with him when I married him. Let's just say I haven't heard from him since he texted me saying he was divorcing me December 31, 2011."

While she didn't go into detail over his reasons at the time, the singer claimed Brand may have struggled with her being away with her own career so much.

She added: "I felt a lot of responsibility for it ending, but then I found out
the real truth, which I can’t necessarily disclose because I keep it locked
in my safe for a rainy day. 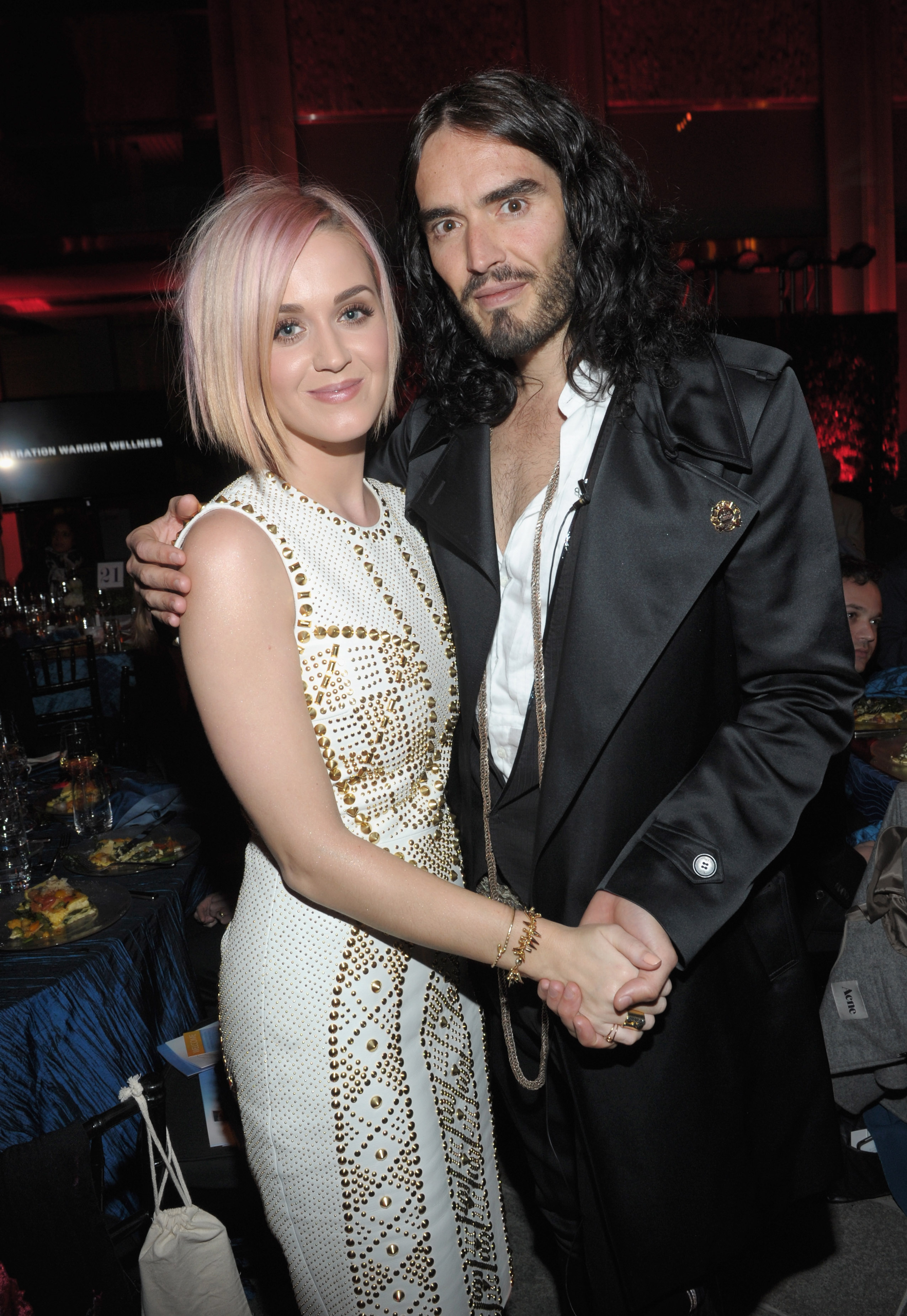 Rita Ora, 29, and Calvin Harris were once the the golden couple at red carpet events and music bashes – but it all came to a sudden halt in 2014. 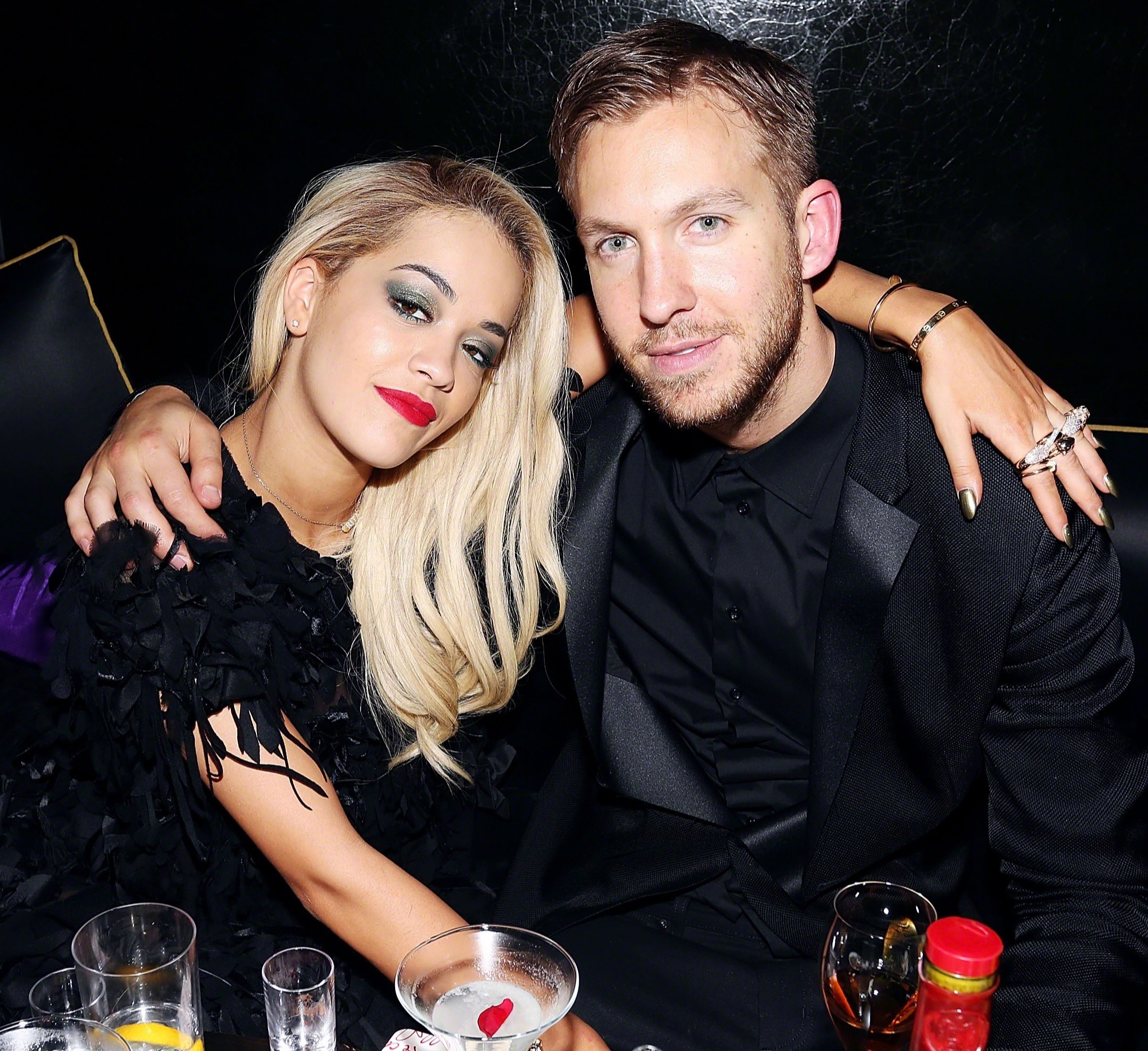 DJ Calvin, 36, shocked fans when he took to Twitter with the message: "To address speculation – myself and Rita ended our relationship some time ago. She is a beautiful, talented woman & I wish her all the best. (sic)"

But rather than it being a joint message, it was later claimed that Rita was shocked when she saw it and a source told The Sun: "Rita was left embarrassed when he tweeted that it was all over.

"She didn't think he was going to make the announcement, so she was shocked."

Rita went on to make her own Twitter announcement shortly after, writing: "I don't usually address speculation but I've had an incredible time with Calvin, and I will treasure the memories.

"I've moved on so I hope people will respect that and do the same."

Before there were texts and social media, there were fax machines – and it's long been claimed Hollywood heartthrob Daniel Day Lewis ended a relationship using the outdated technology himself. 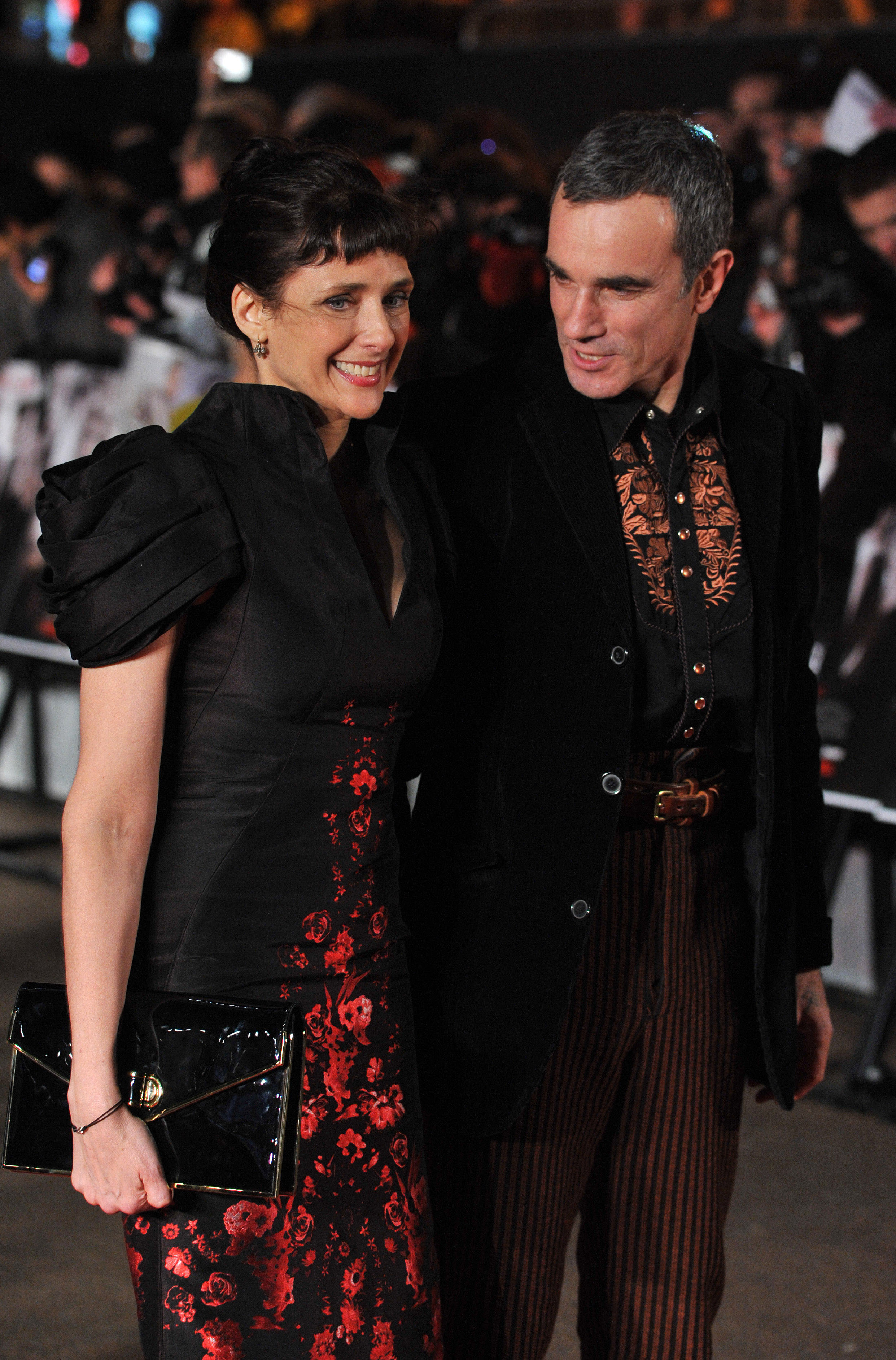 The actor dated French actress Isabelle Adjani for around six years before she fell pregnant with his son, Gabriel.

It was initially reported he decided to end things with her while she was pregnant in 1995, via fax, but he has never confirmed exactly what happened himself at the time.

Isabelle has since claimed she actually got ghosted by the actor, adding to The Mail: "We never saw each other again. He never told me it was over."

Kris Humphries 'heard about split from Kim Kardashian in press'

Their marriage lasted just 72 days, but while Kim Kardashian's decision to file for divorce from ex Kris Humphries shocked the world – it reportedly shocked him even more. 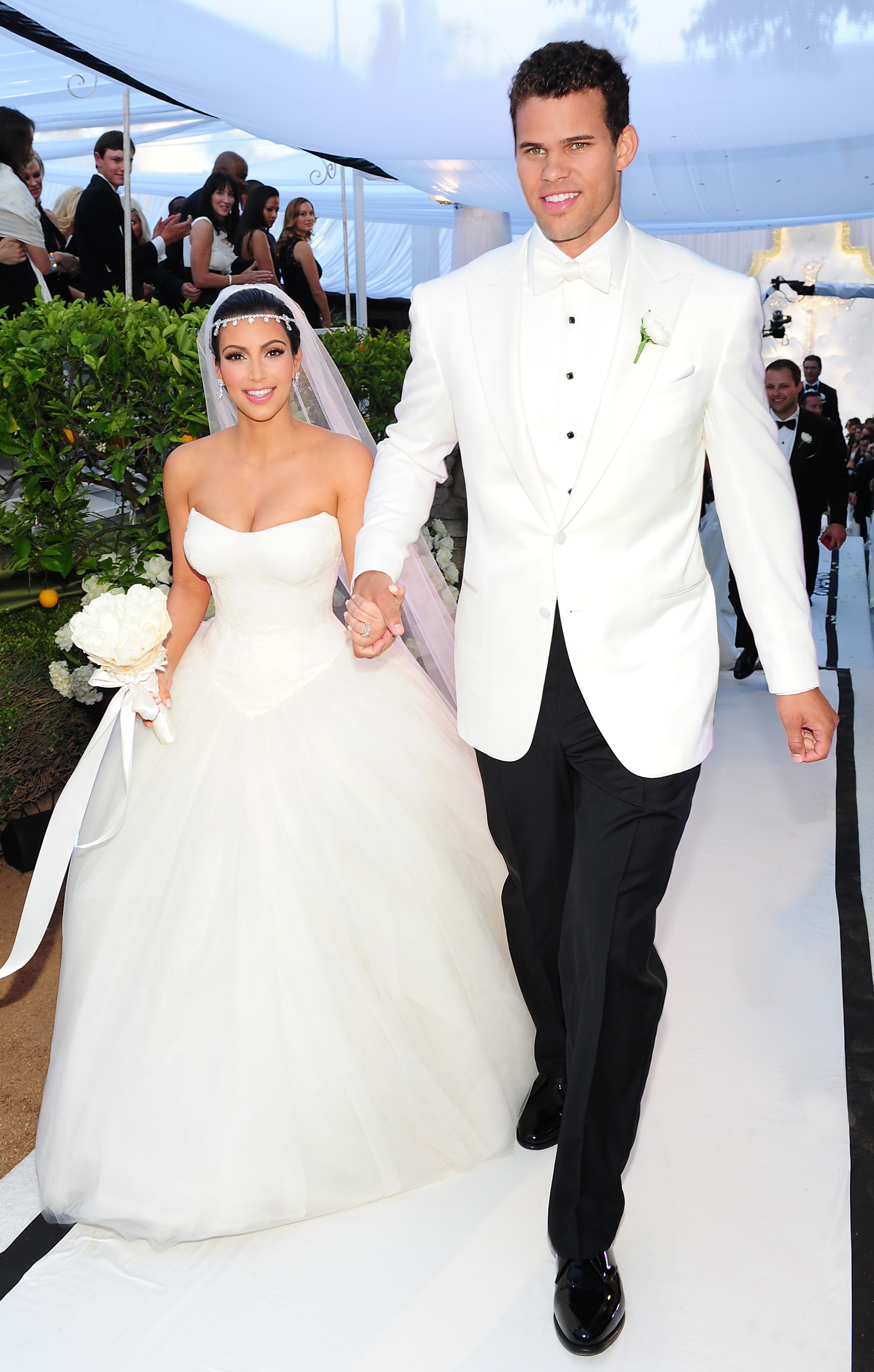 Kim spoke out in 2011 to say her decision wasn't easy, but "sometimes things don’t work out as planned", after news broke that she had filed for divorce.

But TMZ claimed that Kris only found out about the filing when he saw it publicised in the press.

He told E! News: "I love my wife and am devastated to learn she filed for divorce … I'm willing to do whatever it takes to make it work." 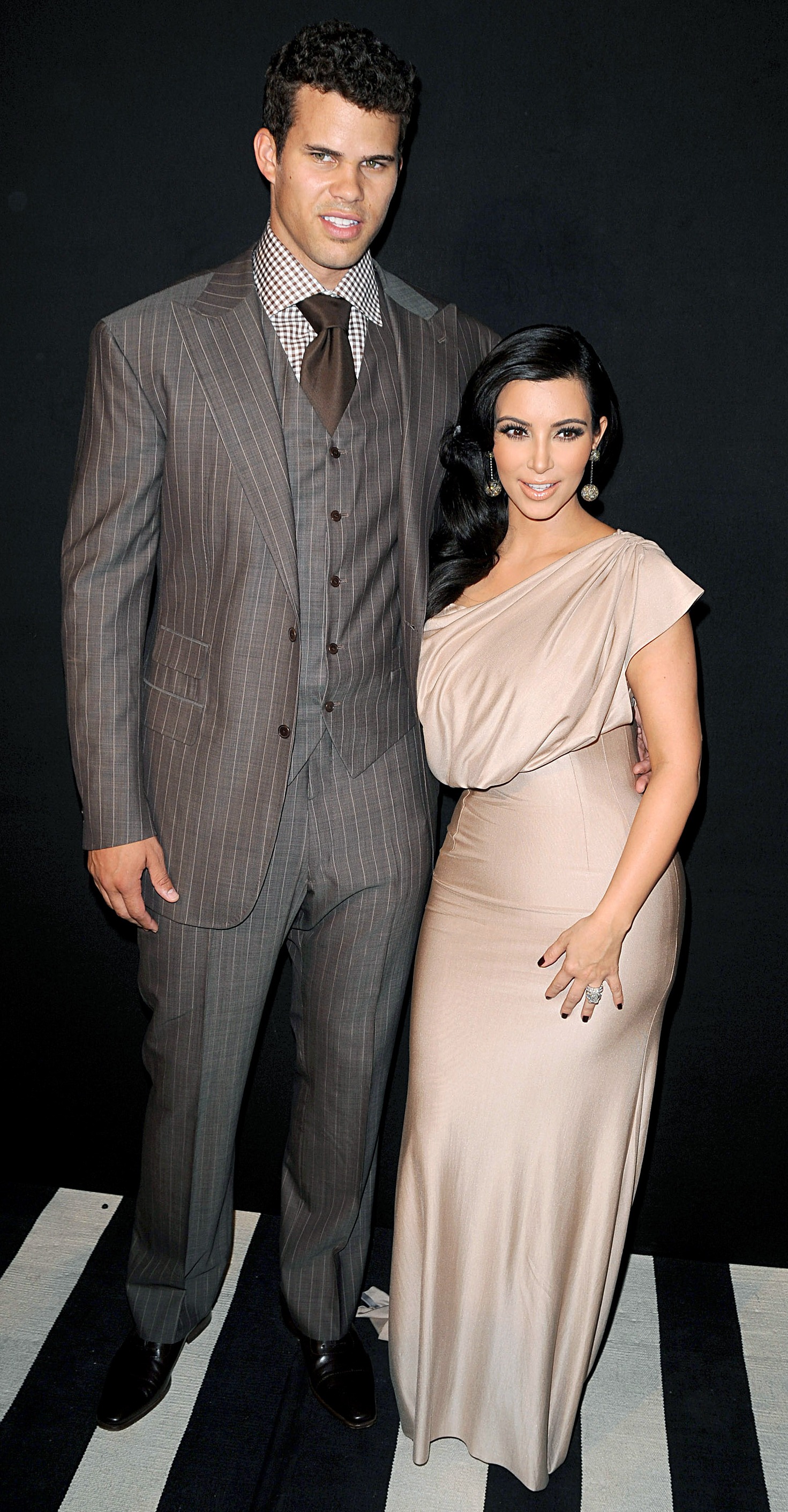 Kris later wrote a first-person piece for The Player's Tribune, defending the marriage and insisting it was 100 per cent real, before adding: "When it plays out so publicly, in front of the world, it’s a whole other level. It was brutal."

Ariana Grande fell victim to the dreaded 'break-up text' too – but rather than being sat at home with support around her, she claims she received the message moments before having to perform at a gig. 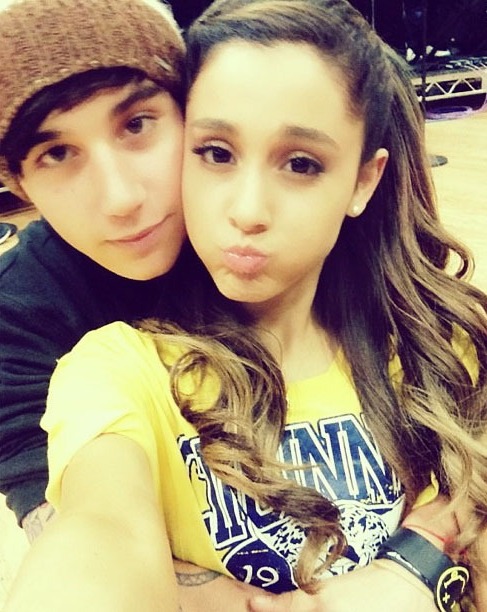 The singer told Complex magazine in 2013: "The worst way I've been broken up with was probably over a text message the opening night of my tour right before I was about to go on stage."

While she never named the partner she was referring to, many fans claimed it could have been Australian YouTube comedian Jai Brooks, who she dated up until 2013.

He was never short of attention as the boss of Playboy, but Hugh Hefner was actually jilted by his former wife just days before their scheduled wedding in July 2011. 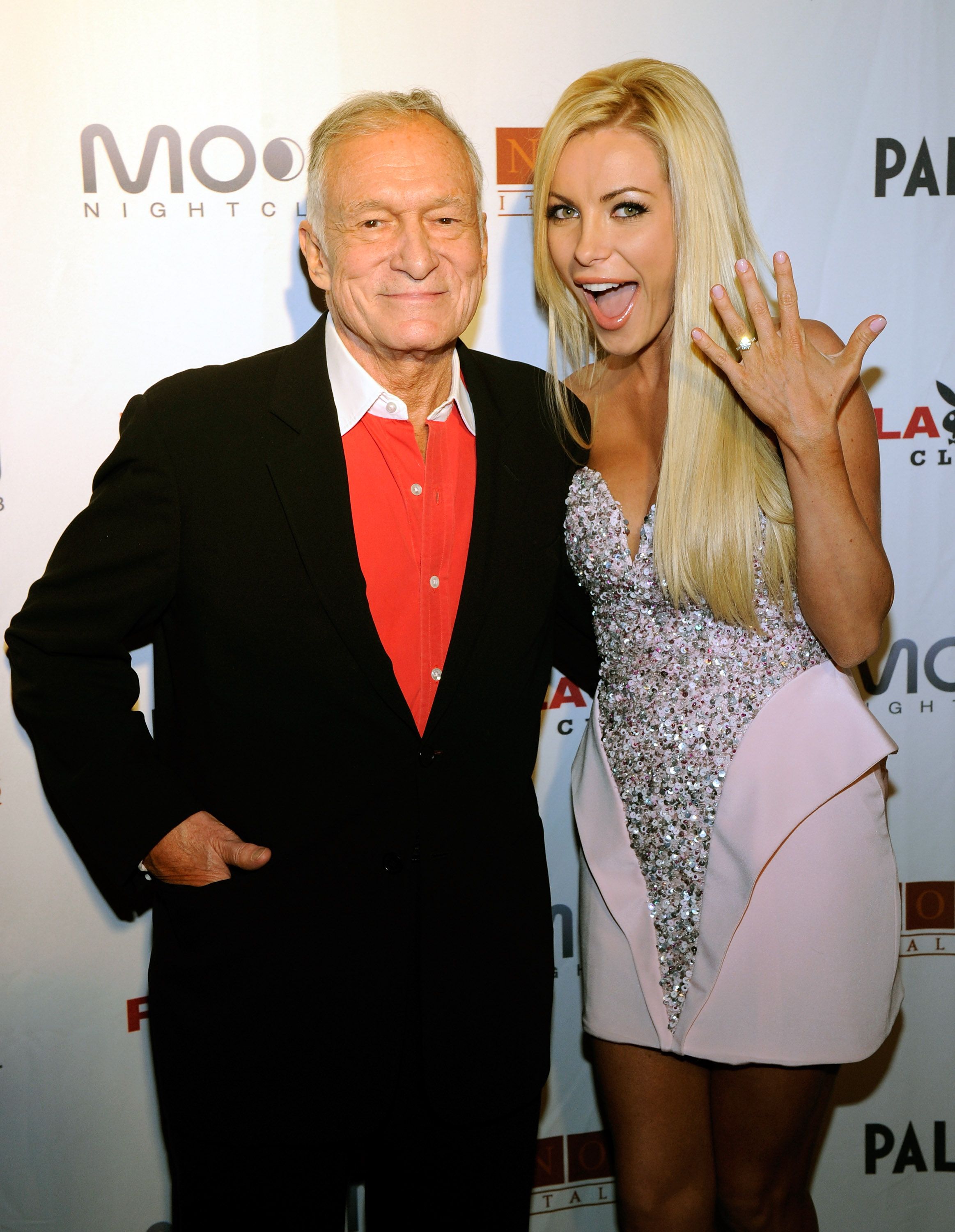 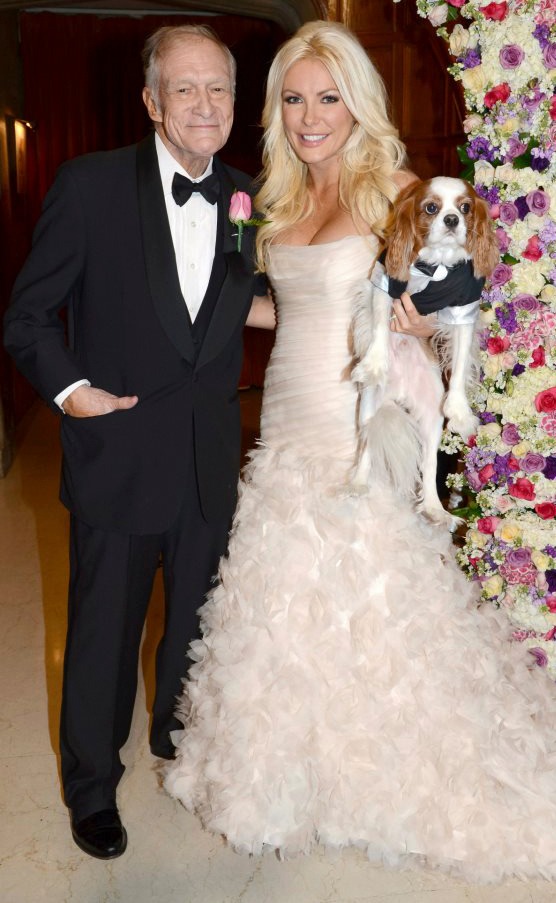 Crystal Harris pulled out of the ceremony just five days before it was scheduled to go ahead.

That month’s cover of Playboy had already been designed featuring Harris as Mrs Crystal Hefner. But following her decision to leave Hef, a sticker was placed on the cover which read “Runaway Bride".

However they then rekindled their love story and went on to marry 18 months later.

It's not clear why she initially changed her mind, but their successful wedding appeared to be much more low key than the original planned one.

Harris remained married to the legendary publisher until his death aged 91 on September 27, 2017.