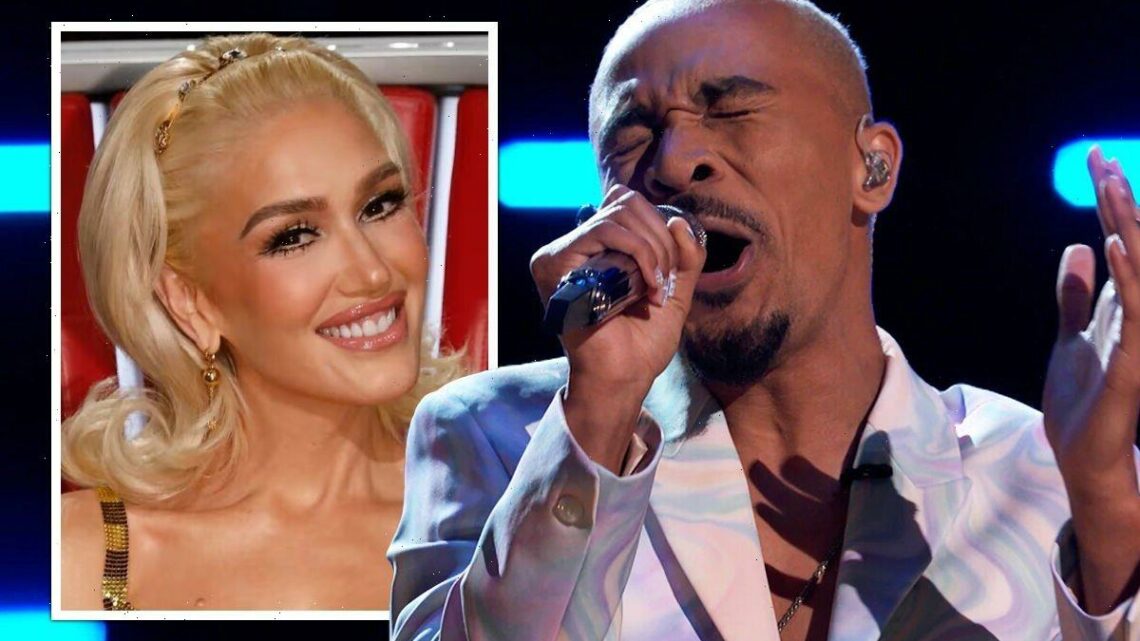 The competition is heating up in this year’s edition of The Voice USA and judges Gwen Stefani, John Legend, Blake Shelton and Camila Cabello have been forced to make some tough decisions. Unfortunately, NBC viewers almost unanimously agreed Gwen favoured the wrong person this week after Alyssa Witrado was saved over Kevin Hawkins.

Kevin has been a fan-favourite since the very start of the season but was sadly dropped from the running on Tuesday night.

He joined fellow contestants Sasha Hurtado and Kate Kalvach, who all went home in this season’s first round of eliminations.

Blake’s star singer Bryce Leatherwood was picked as the winner this week after his performance of Let Me Down Easy.

Sadly, Kevin’s rendition of Redbone apparently failed to impress and Gwen picked Alyssa to save after she sang Angels like You by Miley Cyrus.

However, a number of fans have claimed Alyssa’s was one of the weaker performances of the night, and didn’t deserve a place in the next round.

@sharbobear tagged Gwen on Twitter and fumed: “#TheVoice You should have saved Kevin over Alyssa!”

Sherri Landrum added: “I disagree with that choice Gwen, you love Alyssa but her performance was not solid last night. Not has it been through the whole show.”

@GreenEyedWMN also tagged Gwen and said: “I can understand why you choose Alyssa over Kevin.

“But Kevin deserved to be chosen. His vocals were better than Alyssa’s.”

@yogajodi questioned: “Gwen I don’t know how you didn’t save Kevin, who is a million times better than Alyssa.

“You kept gushing all over her while Kevin stood there. Alyssa is nothing special and will be voted out soon. Kevin is special.”

And Kendrick Clarke wrote: “What kinda twilight world this is where Gwen is saving Alyssa, the WORST performance from last night? Guess we know who won’t win this year.” (sic)

Several fans agreed Alyssa was saved only to inevitably be eliminated at a later stage.

Meanwhile, Kevin has been a firm favourite throughout the latest season, with some claiming he could have taken the crown had he been allowed to continue.

The 27-year-old Pittsburgh singer won three chair-turns from the all-star panel in the auditions.

19-year-old Alyssa only had two judges to pick from after her first performance but has been steadily rising up the ranks in the subsequent weeks.

Next week, only 13 singers remain for the next round of live performances after Tuesday’s shocking results.

All eyes will be on Alyssa, Eric Who, Rowan Grace and Kim Cruse after being saved by their coaches, but it’s still anyone’s guess who’ll remain for the next stage of the competition.

The Voice season 22 continues Mondays and Tuesdays on NBC in the USA.