Home » TV and Movies » 'The Walking Dead' Season 11: All Episode Titles for Final Season of the AMC Series 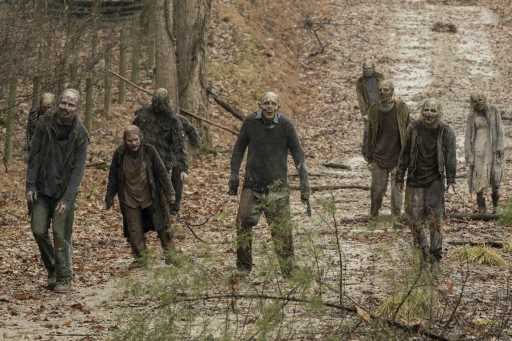 'The Walking Dead' Season 11: All Episode Titles for Final Season of the AMC Series

The Walking Dead has been a mainstay on television since its debut in late 2010. The series, a riveting tale of society’s collapse after the zombie apocalypse, stars popular character actors like Norman Reedus, Melissa McBride, Jeffrey Dean Morgan, and Josh McDermitt.

While The Walking Dead has often been slammed by critics for excessive brutality and wandering storylines, fans of the show have consistently turned out for each new season. Now, with the series finale in sight, many fans are diving deep to learn what they can about the popular show’s final season.

‘The Walking Dead’ is one of AMC’s most popular shows

The Walking Dead is based on a comic book series by acclaimed writer Robert Kirkman. After premiering on AMC in 2010, the series quickly took off, finding popularity with viewers of all ages — even those who had never read the popular comic series. Exclusively broadcast on the network, many fans praised The Walking Dead as being partially responsible for a television renaissance, bringing viewers around their TV screens to enjoy the thrills that the show offered up.

In recent years, The Walking Dead has suffered some negative reviews, mostly from those who didn’t approve of storylines that removed the main character Rick and killed off longtime fan-favorite characters like Carl. Recently, showrunners announced that season 11 of The Walking Dead will be the show’s final season-ending an era in television history.

What are the episode titles for ‘The Walking Dead’ Season 11?

The first episode of the final season of The Walking Dead is set to premiere on AMC on August 22, and in advance of the premiere, the network has released the titles for the first eight episodes of the final season. According to Insider.com, the episode titles provide a tantalizing clue as to the show’s trajectory, giving fans an exciting sneak peek.

The first two episodes, titled “Acheron: Part I” and “Acheron: Part II,” are a reference to a Greek myth detailing a river that the souls of the dead were carried across. Fans should look for a nod to the myth in the episodes, with showrunners possibly featuring a scene in which the characters have to cross some deadly body of water.

The third episode, “Hunted,” promises to focus on Maggie’s flight from the Reapers, while episode four, “Rendition,” teases a tense confrontation between Maggie and her old nemesis, Negan. “Out of the Ashes,” the season’s fifth episode, could potentially center on Connie, since teaser images from the episode show the character covered in ashes and dirt.

Episode 6, “On the Inside,” will be about the survivors learning how the Commonwealth operates, while “Promises Broken,” episode 7, could feature Yumiko taking over Michonne’s role in a subtle way. The finale episode of the first half of the season is titled “For Blood,” and has been teased to include a twist on the Michonne/Elodie storyline from the comics.

What do fans know about the last season of ‘The Walking Dead’?

While showrunners for The Walking Dead are keeping many things a secret, Robert Kirkman’s Skybound Entertainment has released a statement offering up a tantalizing clue about what the final season holds: “If you’re familiar with the comic, you know where at least some of this is going. As always, it will be interesting to see all the way[s] the show remains faithful vs how it changes and adapts to the TV medium.” For faithful fans, the final season will serve as a culmination of a decade-long journey that has been unlike any other.