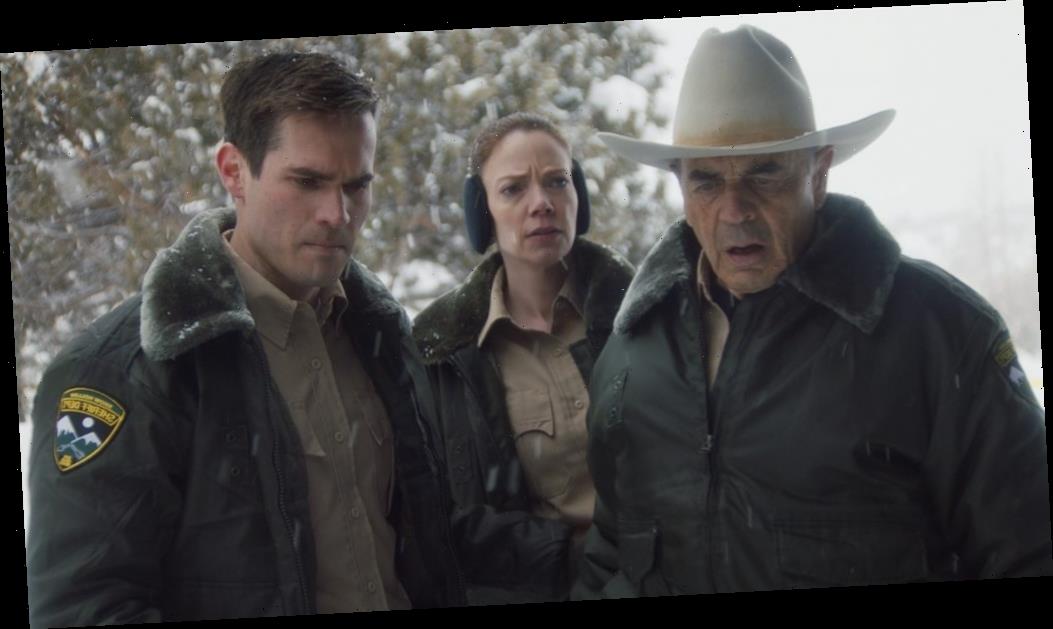 There aren’t a lot of great werewolf movies. An American Werewolf in London is the best, and The Howling made its mark too and Ginger Snaps had a good take. Perhaps the original Lon Chaney The Wolfman is a horror classic, but there are a lot more Silver Bullets out there. So it is a great pleasure that The Wolf of Snow Hollow joins the ranks as one of the great werewolf movies. It is now available on VOD and in some theaters.

Jim Cummings vs. ‘The Wolf of Snow Hollow’

When Brianne (Annie Hamilton) and PJ (Jimmy Tatro) vacation in a snowy cabin, something attacks Brianne. John (Jim Cummings) is the officer investigating the attack. He has a lot of pressure with his ex (Rachel Jane Day) and daughter Jenna (Chloe East) on his case, his father (Robert Forster) a sheriff who won’t retire despite health problems, and his fellow officers offering conspiracy theories about the possible causes of the attack.

Of course, you know you came to see The Wolf of Snow Hollow so you know there really is a werewolf out there. As the victims mount, John has to admit he’s not dealing with a regular serial killer.

The hunt for ‘The Wolf of Snow Hollow’ is fun

The Wolf of Snow Hollow offers a deadly, gruesome werewolf but it works because you’re involved with John’s story too. He’s a good guy and he’s overwhelmed. From his calm introduction in an AA meeting, John loses it and keeps losing it throughout the movie. This would be a fun movie about a small town cop trying to do his job in a snowy winter town surrounded by incompetence, but it has the added bonus of a werewolf movie.

A long take around a crime scene visually establishes the extent of John’s overwhelm. The camera swirls around the overlapping demands people are making on John, and he lashes out against his unhelpful support system. Even his daughter completely psychoanalyzes what may be driving John’s need for approval.

The literal wolf of Snow Hollow looks good. You can see it clearly, but never for too long. Writer/director Cummings strikes the perfect balance between less is more and still delivering the goods. So you still get the point of view from inside a car the wolf is attacking, and other off camera signifiers of wolf carnage.

Cummings balances the tone exquisitely. The funny parts are funny but never at the expense of the scary parts. The scary parts are intense but in a “gotcha” way that complements the fun. Even when John gets emotional about the victims, it’s genuine grief.

The Wolf of Snow Hollow is definitely a Halloween treat for October horror movie viewing. It will last well beyond this month though as one of the standout werewolf movies in the whole genre.