Home » TV and Movies » 'This Is Us' Season 6: When Does the Show Return for Its Final Episodes? 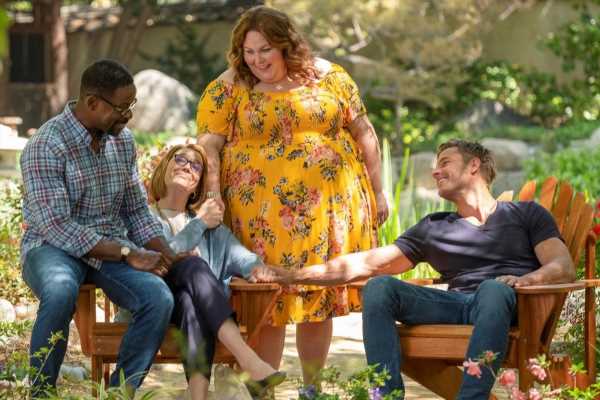 'This Is Us' Season 6: When Does the Show Return for Its Final Episodes?

The final season of This Is Us promises to be emotional, heart-breaking, happy, and everything in between. And, finally, almost six months after the season 5 finale, fans have a premiere date for This Is Us Season 6. The Pearsons will return to our screens soon, and This Is Us fans will have to prepare to say goodbye to some of their favorite characters.

Unfortunately, the 2022 Winter Olympics are scheduled to air on NBC from Feb. 4 to Feb. 20. So there will be a small break in the middle of This Is Us Season 6.

However, we know that the episodes will resume on Tuesday, Feb. 22, at 9 p.m. ET. We are sure that fans can handle a couple of weeks without the Pearsons.

What happened in the season 5 finale?

Before diving into This Is Us Season 6, let’s recap what happened in the season 5 finale, “The Adirondacks.”

Kevin and the rest of the Pearson family prepare for his wedding day with Madison in the episode. However, Madison has an emotional breakthrough as she reflects on the traumatic moments of her life. She realizes that Kevin does not love her, and she calls off the wedding. Afterward, Rebecca tells Kevin to build the house that Jack always wanted to create for her.

Elsewhere, Toby accepts a new job where he has to travel to San Francisco three days a week. And Kate tries to quit her job, but her boss, Phillip, refuses to accept her resignation.

The finale concluded with a shocking flash-forward to five years in the future. It’s Kate’s wedding day, and she is marrying Phillip. Kevin is with a mysterious woman, and Uncle Nicky is married to an unknown person. And Randall is featured in The New Yorker as a “Rising Star.”

And if that was a lot to take in, wait until fans hear what This Is Us Season 6 has in store for them.

Milo Ventimiglia teases ‘This Is Us’ Season 6

During an interview with Us Weekly, This Is Us star Milo Ventimiglia talked about season 6. He said, “I was just on set with Dan about two weeks ago, and he was talking about some things that I didn’t know about the end.”

Ventimiglia continued, “I was there with Mandy [Moore]. We just kind of looked at each other, like, one, excited to get into it, and two, incredibly devastated as human beings because this is probably gonna wreck people in the most heartfelt way. It’s beautiful. I’m so excited.”

It sounds like This Is Us Season 6 will be a final season to remember when it returns on Jan. 4, 2022.

Lady Gaga broke down in tears amid Prince Harry collaboration: I just froze