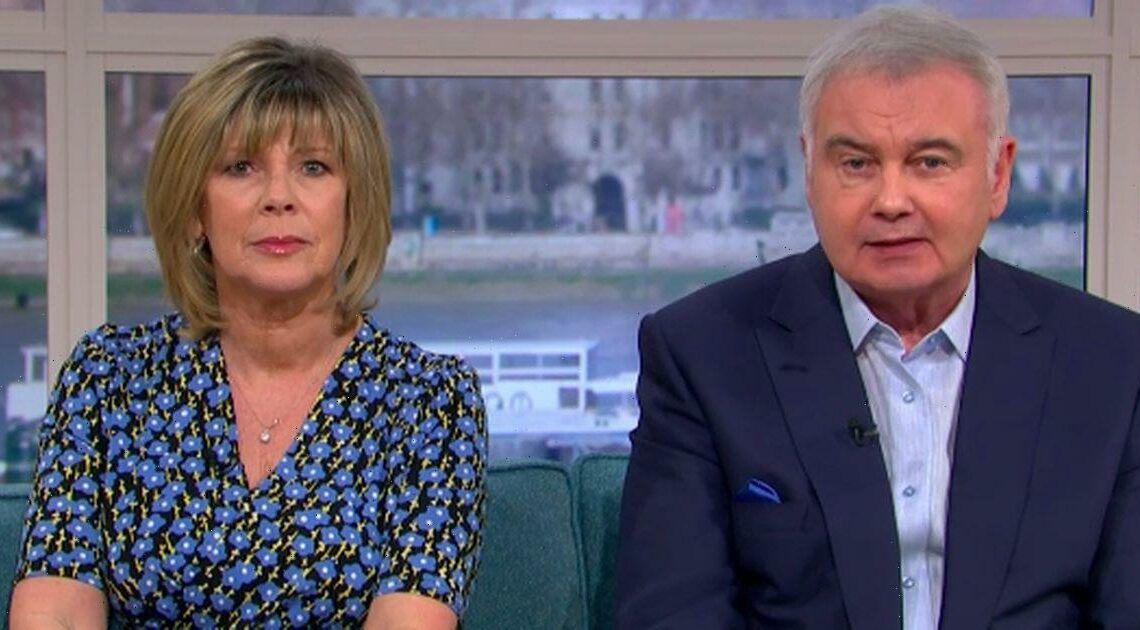 This Morning fans have been left dumbfounded at the news that Ruth Langsford and Eamonn Holmes will not be returning to present this ITV daytime show next week.

Instead, Dermot O Leary and Alison Hammond will take the helm during the May half-term break.

The husband and wife presenting pair previously fronted the show every Friday and over the school holidays.

They were replaced by Alison and Dermot earlier this year and were still expected to return as hosts over the summer, at Easter and over other breaks.

But fans were baffled after it emerged that Ruth and Eamonn, both 61, will not be filling in for Holly Willoughby and Philip Schofield next week.

Eamonn or Ruth haven't said anything about the change in plans as of yet- but viewers are still demanding to know why a day after the reshuffle was revealed.

"Excuse me what happened to Eamon and Ruth next week for half term? #ThisMorning," one social media user said on Tuesday.

Another raged: "WHY ARE EAMON & RUTH NOT PRESENTING? #ThisMorning."

"We want Eamonn and Ruth next week, they usually do the holidays hope they are okay #ThisMorning," a third fan tweeted.

Meanwhile, on a recent episode of Celebrity Juice, Eamonn slathered suntan lotion on a blow-up doll that represented his wife Ruth.

The veteran Irish host appeared without his other half as a panelist on the ITV2 show and the cheeky presenter said he had "the most fun in ages."

Host Keith Lemon said to Eamonn: "A bit of fun on a Thursday night. All you’ve got to do is rub some cream on her, all her cracks and crevices, you don’t want her burning in the Ibiza sun!"

Eamonn rubbed cream on Ruth’s hands then gradually made his way to her thighs.

While Emily Atack proclaimed: "It’s like the weirdest episode of This Morning!"

Fans on Twitter also saw the funny side of Eamonn’s creamy action.

One fan said: "Eamonn creaming up ‘Ruth’. Great start to the new series. Take a bow."

Eamonn replied: "It’s really nice, It’s really good, it’s lovely being out on my own."

"At least you could say whatever you want, let’s have a rant from you, what are you not into at the moment? What are you disliking? Ruth?!" Keith joked.

This Morning airs weekdays on ITV at 10am

‘Do as I say, not as I do’ Prince Harry’s complaints quizzed by Loose Women’s Jane Moore