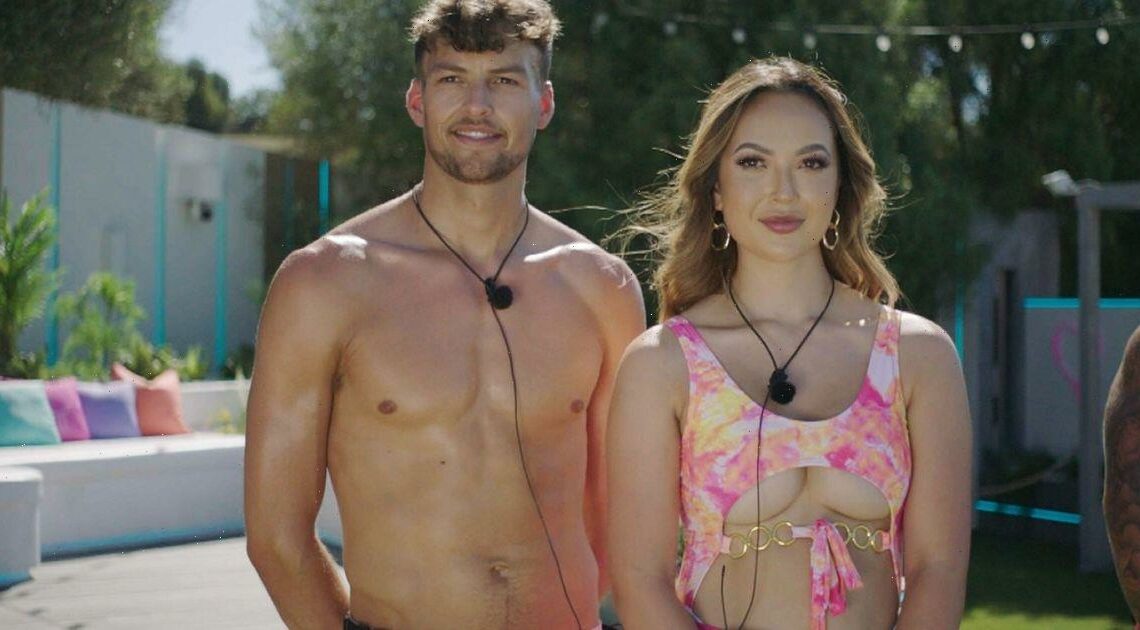 Three couples on Love Island are in for a shock later, when they find out that the public have been voting for the most compatible pair.

The Islanders are sitting around relaxing in the garden, when the dreaded text alert sounds.

Welsh builder Liam, who is coupled with new girl Millie, reads out: “Can all Islanders gather around the fire pit immediately.”

The couples were just relaxing after the bombshell recoupling where the boys picked their girls, and Rachel was sent home.

They should know by now that nothing is ever simple in the villa.

As instructed, the Islanders gather at the fire pit to await the shock news.

Stunning blonde Liberty receives another text which reads: “Islanders. The public have been voting for the couple that they think is the most compatible."

"Those with the fewest votes risk being dumped tonight. Please all stand up.”

It isn't over there.

The Islanders then proceed to receive yet more texts which reveal to them the four couples who received the most votes from the public.

Receiving these votes means they're safe from being kicked off the island.

The three couples with the fewest votes are left standing.

Who will be sent packing?

Fans are sure to be worried about whether their favourite pairings are safe, but if the past series have shown anything, it's to expect the unexpected.

It seems like Sharon might be having a change of heart about the whole "friends" thing though.

Sharon says to Kaz: “Sharing a bed this time around is very different. I do think he is fit but is it that I just think he’s fit and nothing else?”

Kaz replies: “It’s not that you just think he’s fit because you guys actually get along. You like him as a person.”

Sharon adds: “I think I did rule it out in the beginning but I think seeing qualities that were missing in Aaron and seeing them in Hugo has made me really think things through."

"He’s a really good communicator and we talk about everything and anything.”

Love Island, tonight at 9pm on ITV and ITV Hub