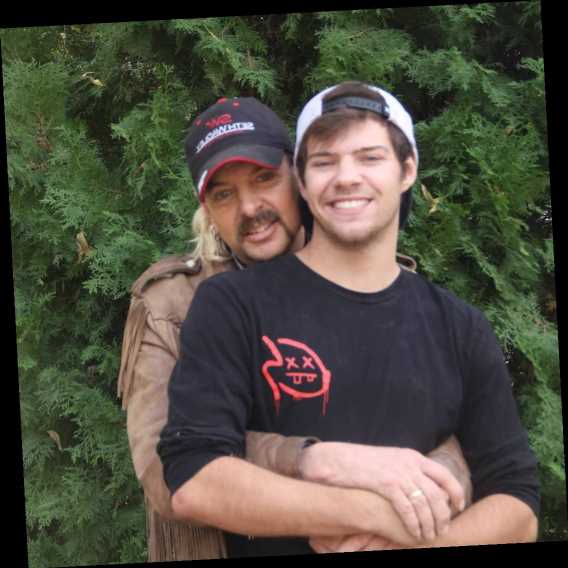 On Friday, Passage, 25, announced that he and his husband — who is currently serving a 22-year prison sentence — will be seeking a divorce after three years of marriage.

"To answer the main question the public wants to know, yes, Joe and I are seeking a divorce," Passage wrote on his Instagram. "This wasn't an easy decision to make but Joe and I both understand that this situation isn't fair to either of us. It's something that neither of us were expecting but we are going to take it day by day."

"We are on good terms still and I hope it can stay that way," he continued. "I will continue to have Joe in my life and do my best to support him while he undergoes further legal battles to better his situation."

Joe Exotic's attorney, John Phillips, said in a statement to PEOPLE, "Our firm is reviewing options with our client, Joe Maldonado Passage, regarding separation and divorce. We have no comment at this time and request privacy."

"Joe is simultaneously dealing with medical issues, civil rights violations and the appeal of his conviction. The world has come to know Joe Exotic as the bigger than life 'Tiger King,' but right now he is dealing with the very real hardships and injustices within our criminal justice systems and how it destroys all things a person on the outside holds dear." RELATED: Dillon Passage on Marriage with Joe Exotic: 'The Only Thing Keeping Us Going Is Hoping for the Best'

Joe Exotic, 58, was found guilty in 2019 for paying Allen Glover $3,000 to kill Carole Baskin, a big cat conservationist whom he considered his rival, among other charges.

In his Instagram post, Passage also addressed some of the claims his husband made while behind bars, including "recent social media tirades" against his manager Jeff Duncan.

"In November of 2017 I met Joe who was there for me during a difficult time in my life. After just 9 short months he was arrested and, for the last two and a half years, we have been apart." Passage began. "I've always stood by his side and will continue to always love and support him."

"When Tiger King was released on Netflix a year ago, my life was thrown into a world of media and public attention. Something that was completely foreign to me. I felt as if I had a microscope constantly looming over me which was and still is incredibly uncomfortable," he wrote. "With everyone pulling me in different directions, I found my manager @jefftduncan who, despite Joe's recent social media tirades against, has always acted in my best interest and helped me navigate the complexity of the new situation I found myself in."

Passage added that he does not intend to speak about his personal life further or "post any more on this subject."

"I don't feel obligated to explain to the world what occurs in my personal life and, despite Joe taking to social media to air every grievance, I don't feel it's the healthiest way to handle private matters between two people."

Passage's divorce announcement comes just weeks he spoke about the "ups and downs" of their marriage in a candid Instagram post.

"Joe is obviously having a difficult time in prison and I don't think any of us can fault him for that. I've never spoken poorly of Joe, through the ups and the downs and through his good and his bad. I see through all of this and recognize and realize it for what it is; a man in prison just trying to do his best," Passage wrote at the time. "Social media is not natural to me and if I'm quiet it's usually because I'm working through all of this and processing to the best of my ability," he added. "I didn't and don't want the spotlight. I've been thrown into this and just doing my best to support Joe, live my life, and love my dogs."

Last year, Passage told PEOPLE that he was doing his best to adjust to a new "normal" without Joe Exotic by his side.

"It's something that is a day to day thing," he said. "It's kind of my normal life now. It's kind of weird to say, but I've kind of gotten used to our situation."

At the time, Passage said that Joe Exotic is "doing his best to stay positive" while in prison.

"Obviously, it's kind of hard to be good while you're in jail." he said. "But yeah, he's just doing his best to stay positive. He's kind of down. Obviously there's a lot going on. I mean, he's just really hoping for the best and is really putting all his faith in lawyers."