Home » Tom Hanks and Colin Hanks Played Father and Son, and No One Noticed

Tom Hanks and Colin Hanks Played Father and Son, and No One Noticed

Audiences might not have even noticed, but Tom Hanks’ younger brother, Jim Hanks, has played two of his most famous characters. But the Hanks family’s involvement in Hollywood doesn’t end there. Hanks‘ wife, Rita Wilson, has appeared in several of his films. And the Oscar-winning actor even once played the on-screen father to his real-life son, Colin Hanks. 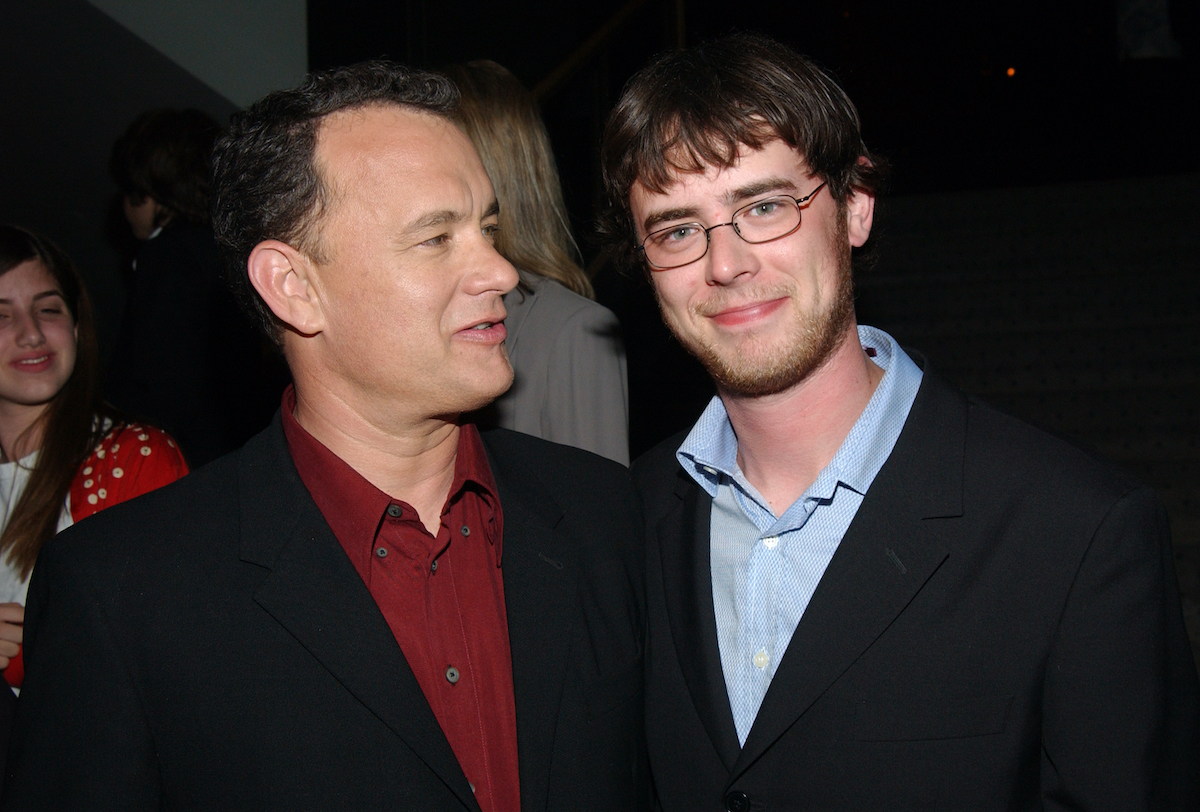 What is Tom Hanks’ net worth?

Few Hollywood stars can compare to Hanks’ cultural impact. The actor has long been among the highest-paid and most respected stars in the business. And his net worth certainly reflects how successful he’s been for so long. According to Celebrity Net Worth, Hanks currently sits comfortably at $400 million. His most recent projects include 2020’s Greyhound and News of the World.

But Hanks does a lot more than just act. The star and Wilson run Playtone, a production company that has operated in film, television, and music since the late 1990s. Through this company, Hanks has co-produced hit movies such as My Big Fat Greek Wedding and Mamma Mia! But he’s also had a hand in making many films in which he has appeared, including the one with his son Colin.

In 2008’s The Great Buck Howard, Colin Hanks plays an aspiring writer named Troy Gable, who becomes road manager to the titular illusionist (John Malkovich). In taking this position, Troy must first defy his father (Tom Hanks). Although the two don’t share a ton of screen time, it’s still notable to see a star as big as Tom Hanks playing his own son’s father.

Despite mostly positive reviews, The Great Buck Howard — which also co-stars Emily Blunt, Steve Zahn, and Griffin Dunne — received only a very limited theatrical release. During its brief time in theaters, the movie earned only $900,689, according to Box Office Mojo. Yet, it remains notable for the on-screen collaboration between Tom Hanks and his son.

Colin Hanks made his movie debut in another of Hanks’ movies

Technically, The Great Buck Howard is not the only time Colin Hanks appears in the same movie as his more famous father. In fact, he made his film debut as a male page in 1996’s That Thing You Do! That movie — which chronicles the rise and fall of a fictional pop music band in the 1960s — was Tom Hanks’ directorial feature debut.

Since then, Colin Hanks has amassed an impressive resume. Over the years, some of his biggest movies include Orange County, 2005’s King Kong remake, The House Bunny, 2015’s Vacation reboot, and the last two Jumanji films. In addition, Hanks has appeared on TV series such as Roswell, Band of Brothers, Dexter, Fargo, The Good Guys, and Life in Pieces.