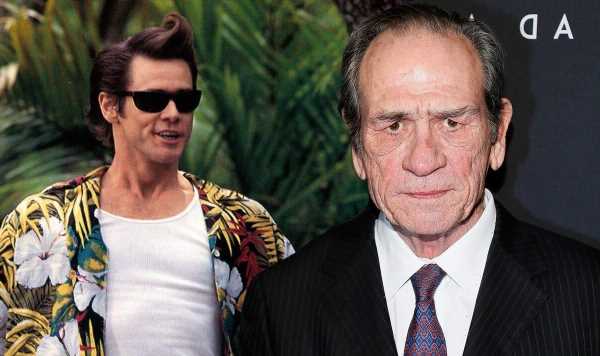 Today, Saturday July 16, at 9pm on Channel 4, Tommy Lee Jones stars in Ad Astra. The touching movie follows an astronaut trying to track down his father who has been lost in space. The film’s themes touch upon masculinity, its toxicity, and the relationships between men.

Jones suffered a masculine problem in the 1990s, however, when he began berating Jim Carrey during filming of Batman Forever.

Jones worked opposite Carrey in 1995 on Batman Forever where he played Two Face, while Carrey played The Riddler.

The tongue-in-cheek movie involved a lot of garish sets, outlandish make-up, and a packed script. But Carrey still managed to give himself a strong comedic role in the picture.

But it was this detail that turned Jones off of working with the Ace Ventura star.

Batman Forever director Joel Schumacher recalled: “I said Tommy Lee Jones was an a****le in People magazine … he was fabulous on The Client. But he was not kind to Jim Carrey when we were making Batman Forever.” 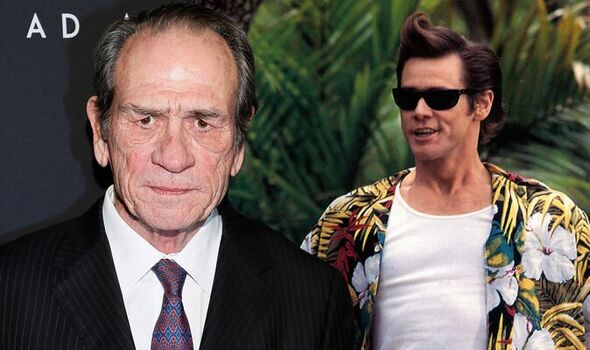 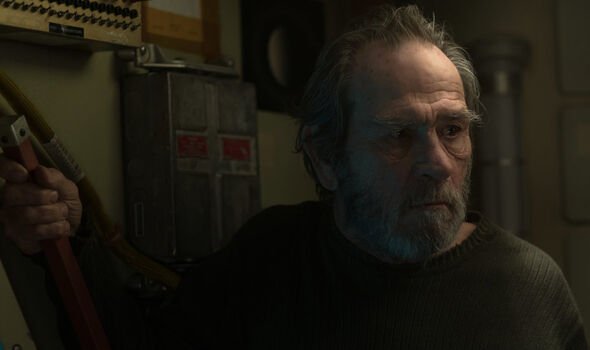 Schumacher mused that Jones was irritated by Carrey because of his extremely loud and extroverted personality.

Schumacher remembered: “Tommy is, and I say this with great respect, a scene stealer. Well, you can’t steal the scene from Jim Carrey. It’s impossible. And I think it irked Tommy.”

He clarified that Jones didn’t try to steal any scenes from Carrey, but was “not kind” to Carrey because of acting style.

He said: “He did not act towards Jim the way an Oscar winner with a star on Hollywood Boulevard – being the oldest member of the cast, and having such a distinguished career and the accolades to go with it – should have acted towards Jim. But what happens on the set stays on the set.” 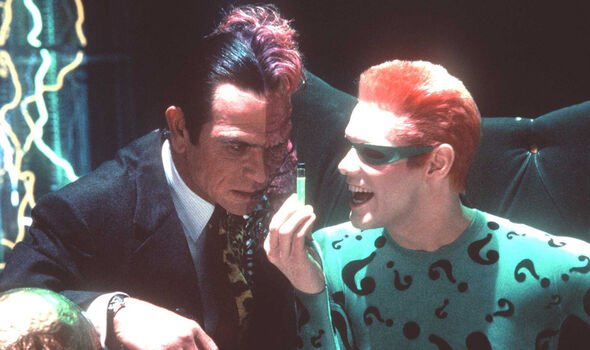 Carrey later corroborated these claims while speaking about bumping Jones at a restaurant.

Carrey appeared on the Norm Macdonald Live podcast back in 2018. He recalled going to dinner one night, seeing the aggressive Jones while out. He remembered: “The maitre d’ said: ‘Oh, I hear you’re working with Tommy Lee Jones. He’s over in the corner having dinner.'”

Carrey went over and said: “Hey Tommy, how are you doing?” But he didn’t get the response he expected.

“The blood just drained from his face,” he said.

Carrey said it was as if Jones had been “thinking about him for 24 hours a day”.

“He got up shaking,” he went on. “He must have been in a mid-kill-me fantasy or something like that.”

Jones then stood up, hugged Carrey, and told him: “I hate you. I really don’t like you.”

Carrey continued: “I said: ‘What’s the problem?’ And pulled up a chair [to his dinner table], which probably wasn’t smart.”

After Batman Forever, Carrey and Jones did not work together again.

But their film made a lot of money. Although the film was made on a staggering $100 million budget, it earned a whopping $336 million at the box office.

Schumacher later returned to the series to direct a sequel – Batman & Robin – in 1997.