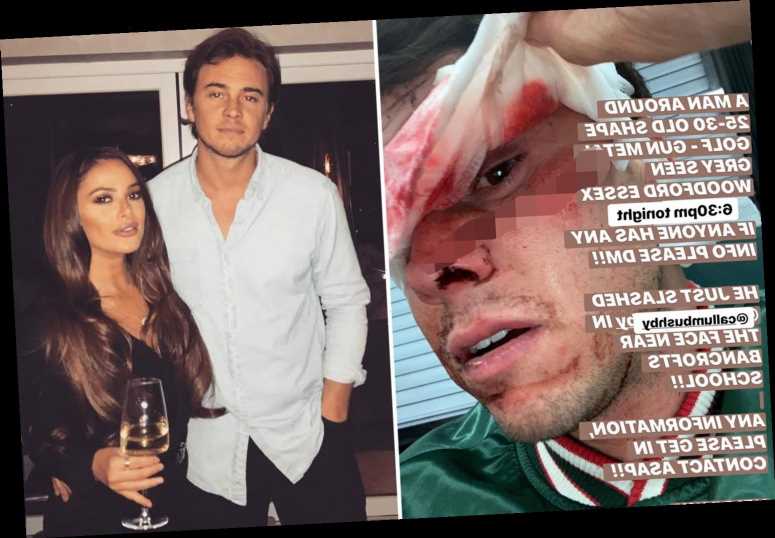 TOWIE star Courtney Green's ex has revealed horrific injuries after being slashed in the face with scissors during an attack.

Businessman Callum Bushby has been left scarred for life after being violently attacked on Friday night in the Woodford area of Essex. 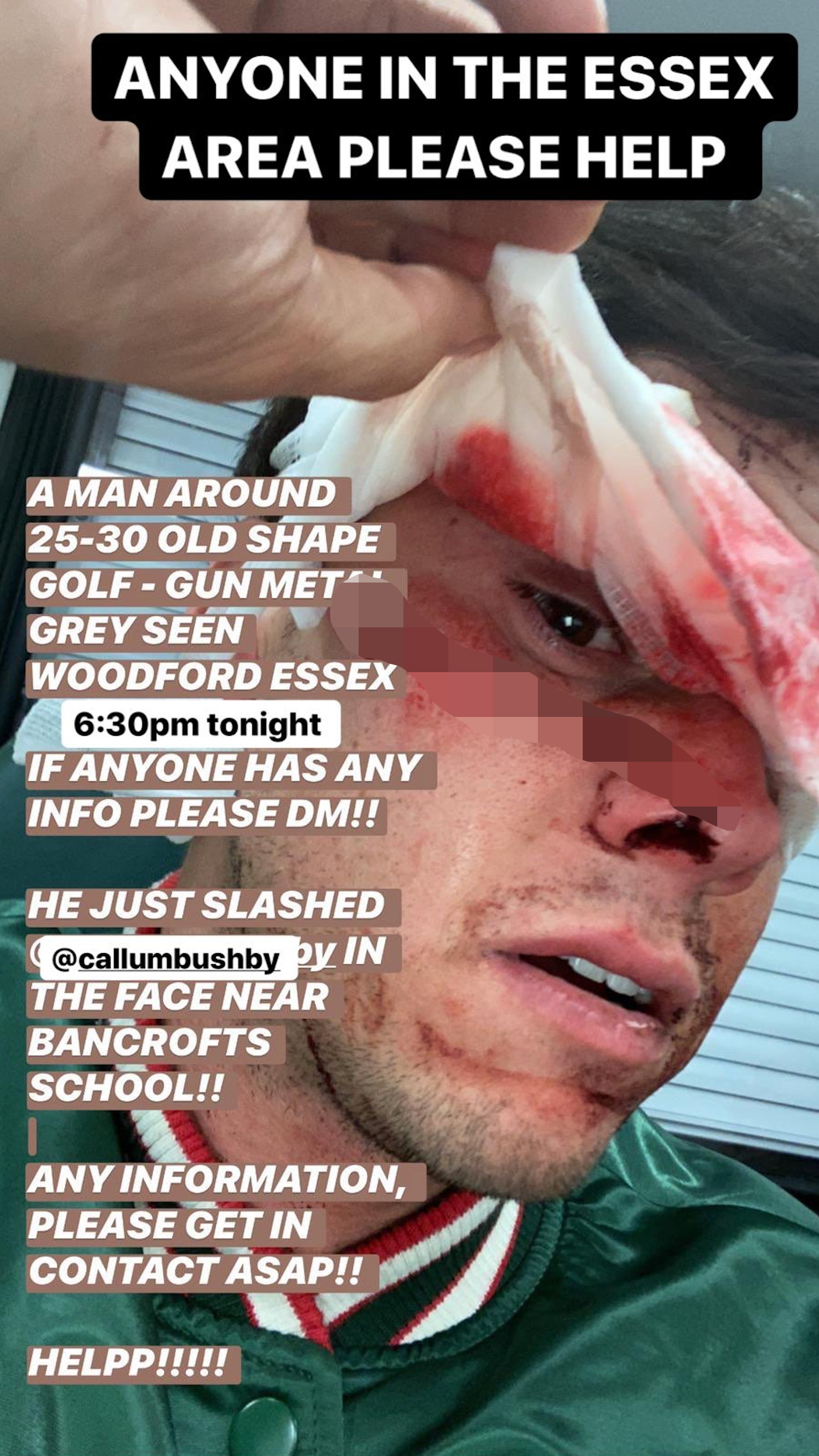 Courtney, 24, urged witnesses to come forward to help find Callum's alleged attackers, who have left him with a deep gash stretching across his cheek and nose.

The reality star re-shared a post detailing the attack, which allegedly took place near Bancroft School.

It read: "One of my friends this evening at 6.30ish was slashed in the face with what he thinks was a pair of scissors!

"A grey golf swerved and stopped in front of him walked up to the window and then slashed him in the face, if you were around that road or area at 6.30ish please message me." 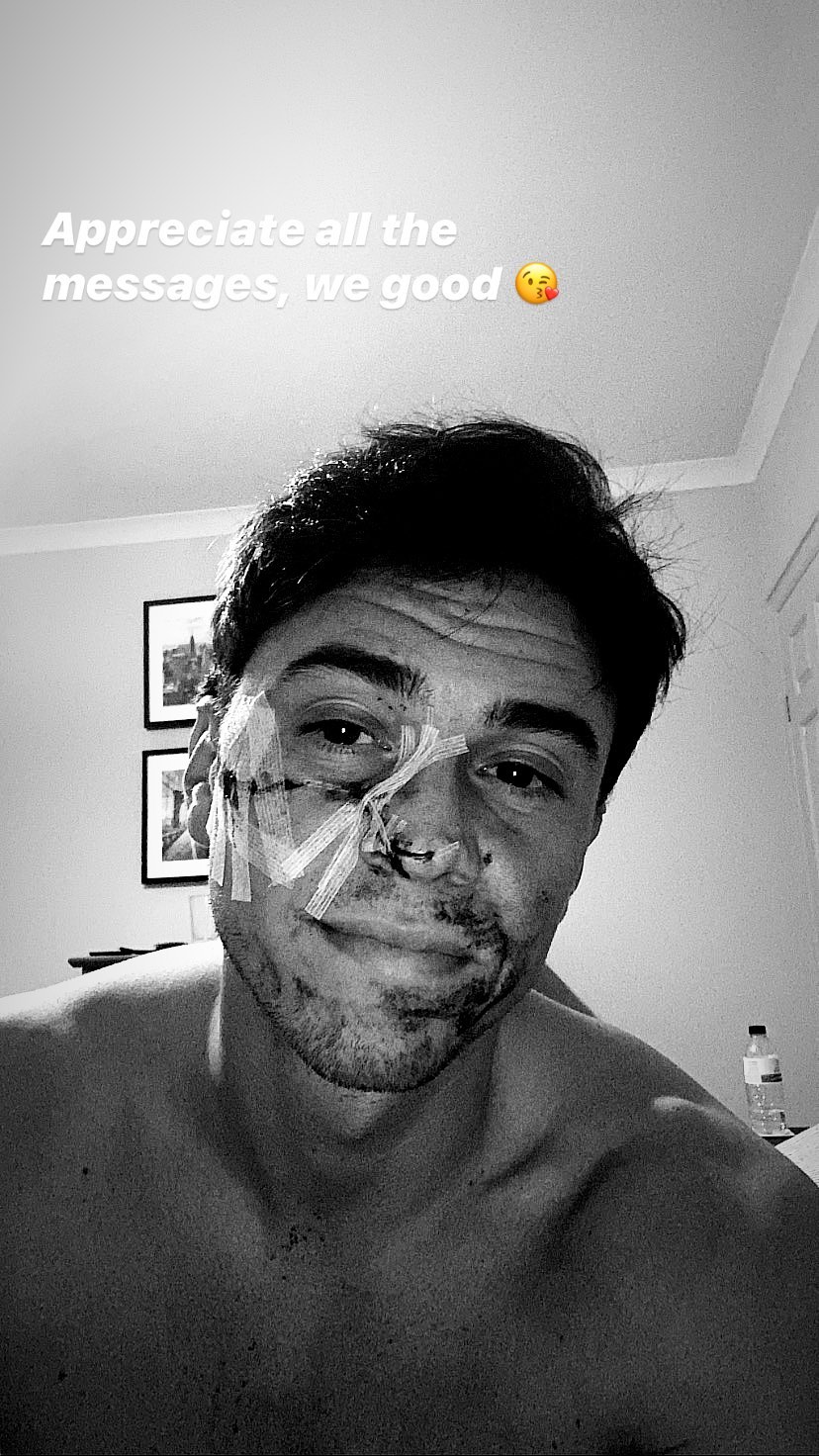 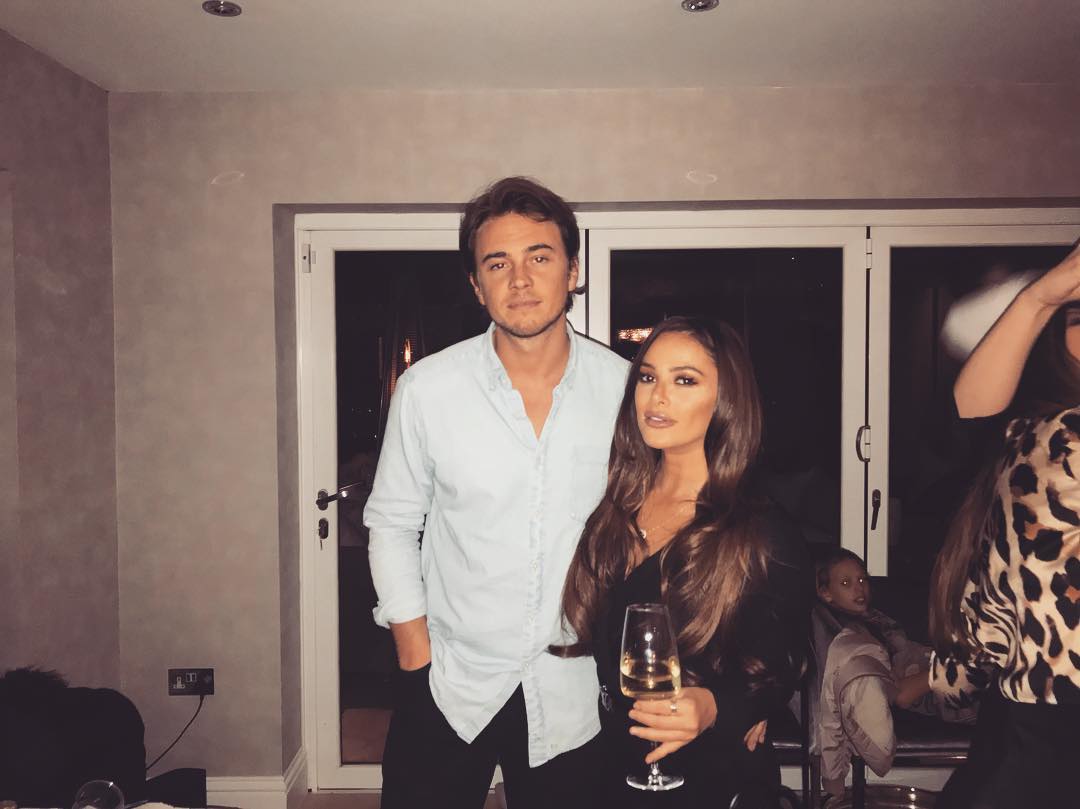 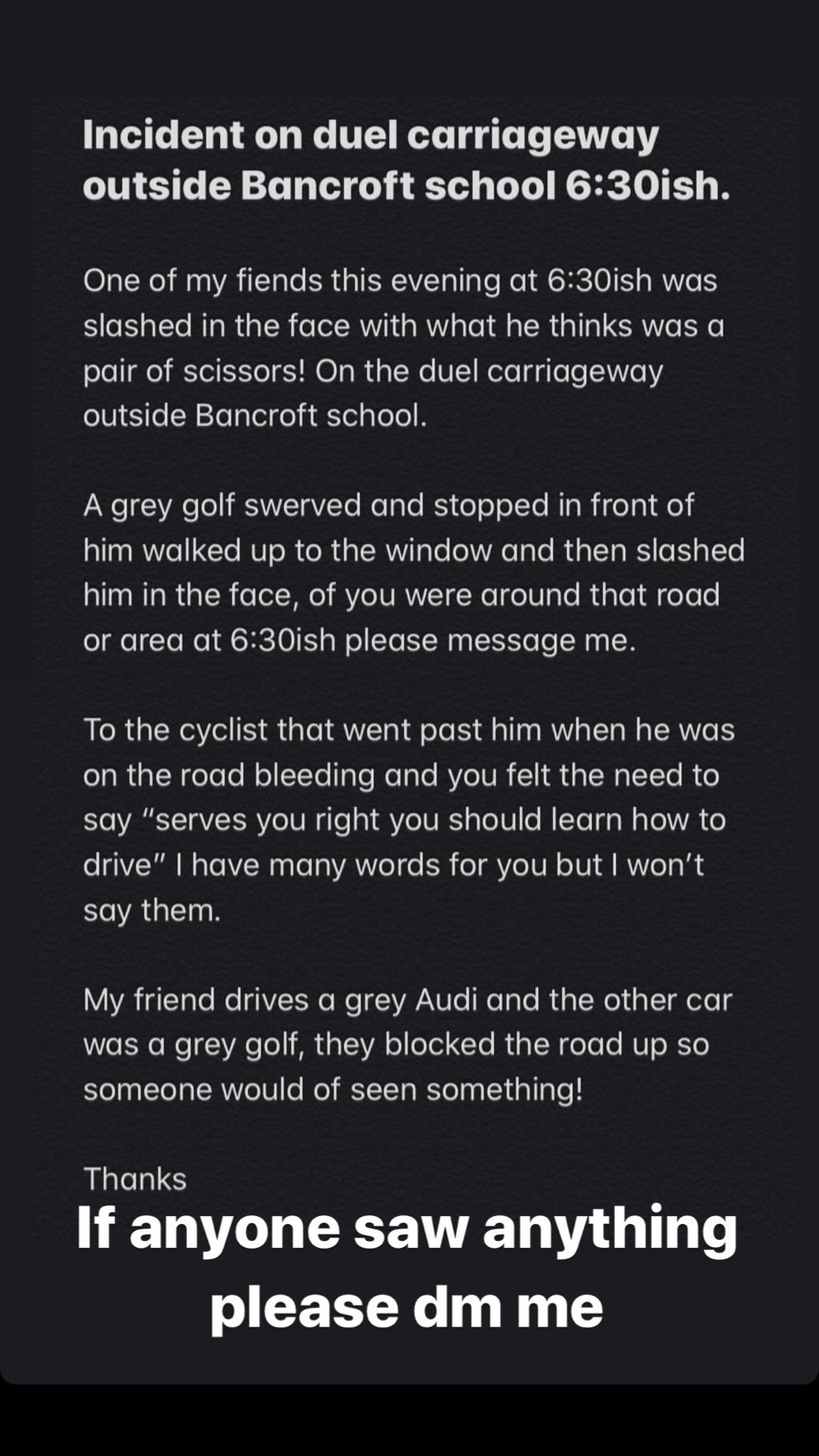 Courtney added: "If anyone saw anything please dm me."

Later in the evening, Callum took to Instagram himself to share a black and white photo of him with stitches across his face.

He captioned it: "Appreciate all the messages, we good."

Courtney and Callum split in December last year after 18 months together. 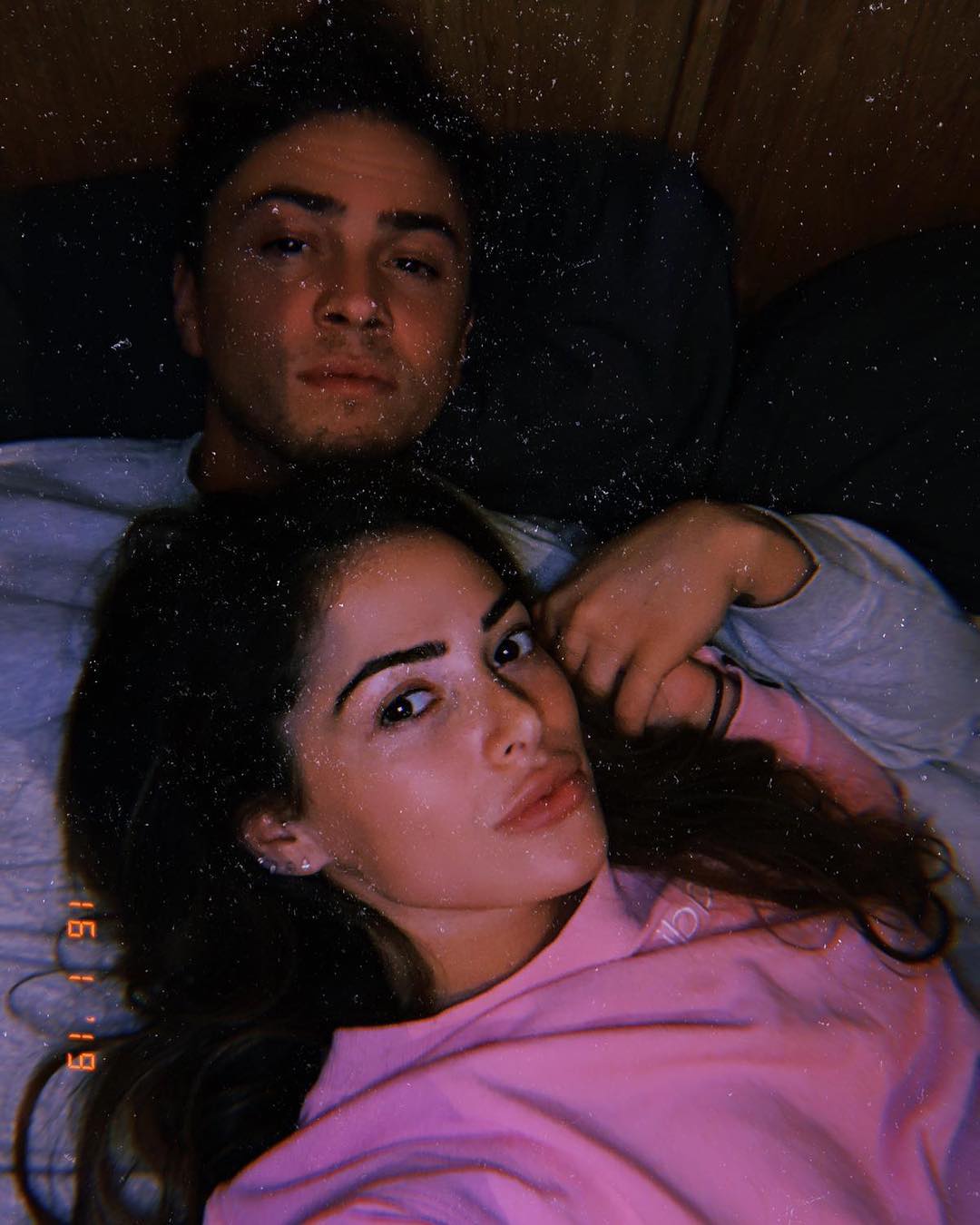 The Sun Online exclusively revealed the couple parted ways after Callum refused to move in with Courtney.

Insiders said the Towie star desperately wanted to get engaged and start a family with Callum, but he wasn't ready to settle down.

"All her friends have started to have babies and it's made her start thinking about her own future.

"She wanted him to show commitment and move in together, but he didn't want to. He's only young and is still enjoying going out with friends with no strings attached."