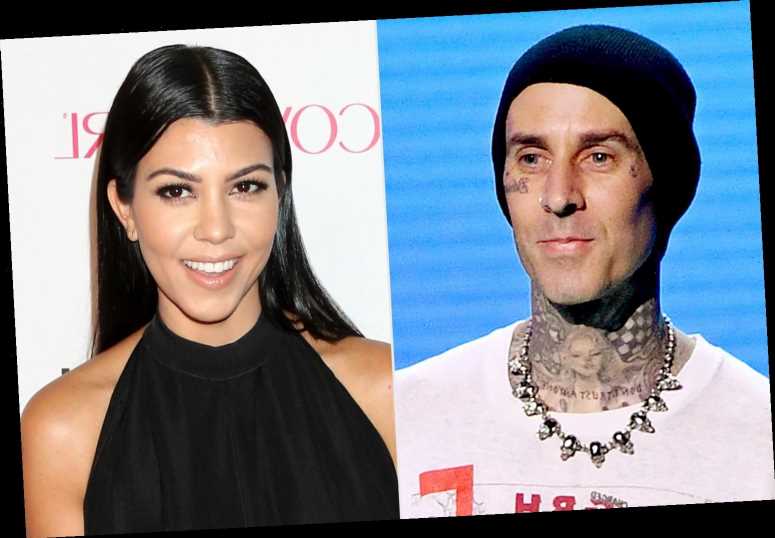 True to tradition, the Kardashian-Jenner family went all out for their Easter Sunday celebration.

Family matriarch Kris Jenner and daughters Kim, Khloé and Kourtney Kardashian and Kendall and Kylie Jenner, as well as son Rob Kardashian got together in Palm Springs, California, in honor of the holiday.

After starting off the day with a "family walk" the siblings played some golf together, with each family member getting their own custom bag as well as a golf cart.

"The family that golfs together…" Kim, 40, wrote alongside one post.

"Happy Easter and thank you @callawaygolf #irvingazoff for making our Easter so special!!! 🙏🐰🐣🐥🙏 and thank you for the @coreygamble @realtristan13 @travisscott @travisbarker that are already on the golf course!!!!!!! LOL #impatient," the momager shared. Of course, there was plenty of fun in store for the youngest generation in the family as well.

In one early morning snap, Kylie, 23, shared a photo of 3-year-old Stormi standing in front of an Easter basket that was just taller than her. The holiday was the first for Kim and her kids since she filed for divorce from Kanye West earlier this year. The couple, who were married for six years prior to their February split, share daughters North, 7½, and Chicago, 3, and sons Saint, 5, and Psalm, who will turn 2 in May.

News of their split came after a tumultuous period for the pair, who appeared to be on the brink of divorce last summer before reconnecting and spending private time together with their children.

Then, in January, multiple sources confirmed to PEOPLE that the SKIMS founder had been working with high-profile divorce attorney Laura Wasser and planned to file for divorce from West.

"They are just not on the same page when it comes to their future as a family," one insider said. "And Kim is okay with it."

Sunday's Easter celebration was also the first since Khloé, 36, got back together with boyfriend Tristan Thompson, who was also in attendance in Palm Springs.

The Good American mogul and NBA player, who is currently living in Boston after signing on with the Celtics last year, currently share daughter True but are hoping to expand their family soon.

"Khloé and Tristan are good," a source recently told PEOPLE. "They are obviously spending a lot more time apart now since Tristan lives in Boston. They are still moving forward with their plan to have another baby."

"Khloé is definitely frustrated at times," added the source. "She really, really wants another baby and finds it hard to be patient. But she is trying to stay positive. She believes and hopes that it will happen this year."

Meanwhile, Kourtney, 41, celebrated her first Easter with boyfriend Travis Barker and her family. The Keeping Up with the Kardashians star and Blink-182 musician confirmed their romance on Instagram in February.

A source previously told PEOPLE that Barker and Kourtney have spent time with each other's families in the months since they started dating, and that he had already gotten the stamp-of-approval from the Kardashian family.

"He's liked her for a long time and she just got more open to the idea. He's a good guy and a really great dad," the source said in January. "Her family and friends all really like him. Their kids all get along too, which is sweet."

Kourtney is also a mom of three and shares sons Mason, 11, and Reign, 6, as well as daughter Penelope, 8, with ex Scott Disick. Kourtney and Disick, 37, ended their nine-year relationship in 2015.

"They both prioritize their kids so there is no conflict there," another insider previously said of Kourtney and Barker. "Kourtney is having a great time with Travis."

Rockets hit near Iraq base housing US trainers, no one hurt