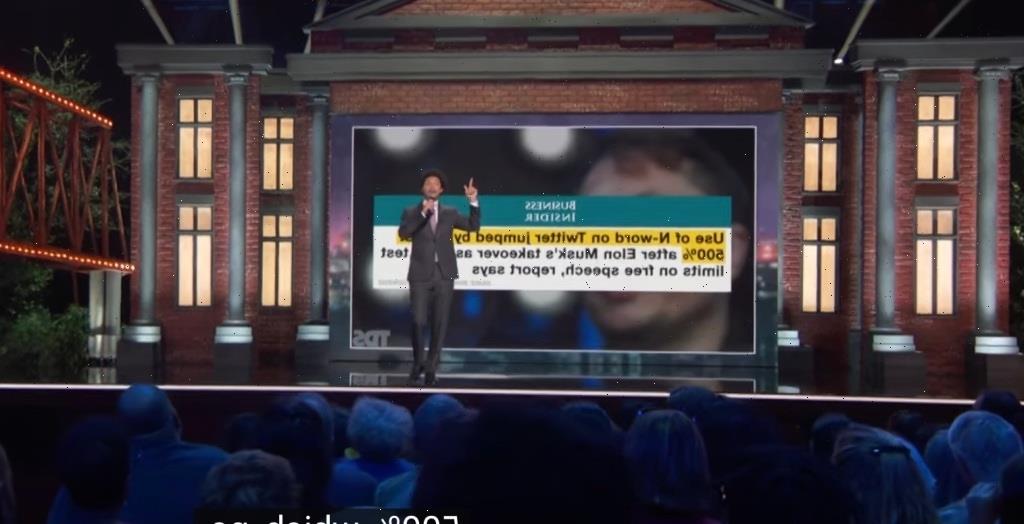 Trevor Noah thinks Elon Musk’s reported and much-mocked plan to charge Twitter users $8 a month for those little blue checks is not only “ridiculous,” but a financial loser as well.

“He’s hoping everyone else on Twitter will make a terrible financial choice like he did,” Noah said last night in a special Daily Show from Atlanta. (Watch it above.)

Sneering at Musk’s contention that Twitter’s current blue check approach is a “lords & peasants” system, and that the $8 fee is meant to foster some sort of equality of all users on the platform, Noah said, “So, here’s my question: If you’re trying to create equality on Twitter, why charge anyone to be verified? Just give everyone a blue check mark then. Why are you charging the people? Give it to everyone for free, or give it to no one.”

He went on, “But it doesn’t make sense to offer it as equality and then put a price on it, do you get what I’m saying? Can you imagine if MLK was out there like, ‘I have a dream. I have a dream, and I’ll tell you all about it for $8.99 a month.’ It wouldn’t be the same thing.”

Noah also took issue with Musk’s pledge to make Twitter a “haven of free speech,” sarcastically noting that Twitter users haven’t exactly been holding back on their speech all these years. But then Noah noted that in the first 12 hours of Musk’s reign Twitter saw a 500% increase in the use of the N-word.

Noah then went on a funny rant about how demands of free speech always seem to come around to the N-word. “If you ask me,” he said, “if Elon Musk wants to make money from Twitter, what he should do is don’t charge people for blue check marks. Charge white people to say the N-word. Twitter will be the most profitable company in history. Racists will be taking out loans.”

Check out Noah’s Daily Show monologue above. The Elon Musk segment arrives around the 2:00 mark.

Lupita Nyong’o To Star In Spinoff Pic ‘A Quiet Place: Day One’ At Paramount

Did James Corden's writers land him in hot water over Gervais joke?

Here’s 5 Tips to Help You Level up Quickly in ‘Call of Duty: Modern Warfare 2'
Recent Posts