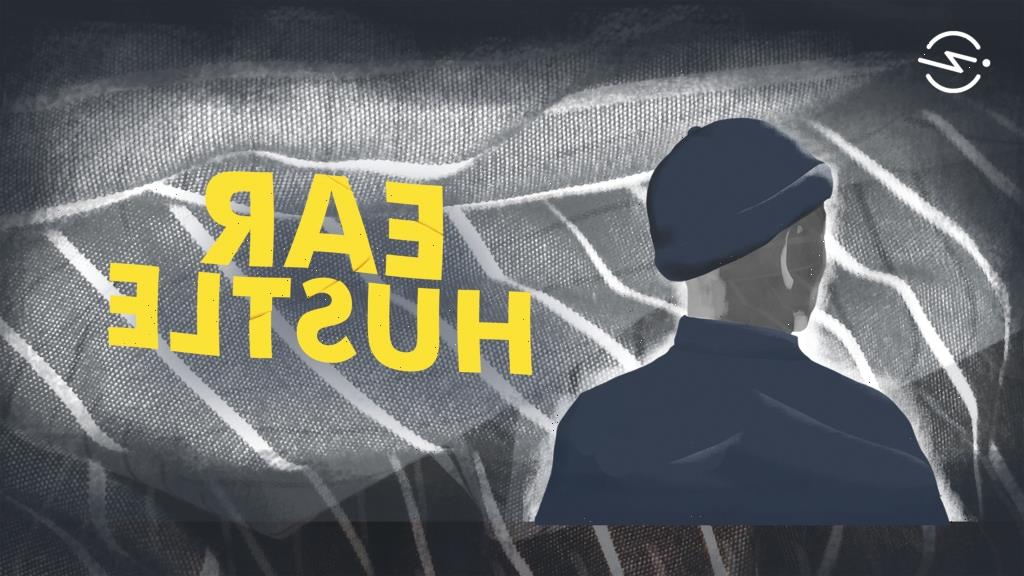 The Tribeca Film Festival, which has expanded into music, virtual reality, TV, video games and other verticals during its two-decade run, now plans to showcase podcasts.

Festival organizers have unveiled the first Tribeca podcast slate, calling it the first set of official selections at any major festival. It will run alongside film screenings and other events during the 20th edition of Tribeca, which is set for June 9 to 20. The fest will represent an industry milestone as the first major North American event to feature in-person screenings since the onset of Covid-19 in early 2020.

The debut Tribeca Podcasts lineup (see it in full below) will feature world premieres of fiction and nonfiction stories. Special events, including live recordings, discussions and more, include a conversation between Radiolab co-creator and host Jad Abumrad and filmmaker and podcaster Jason Reitman. Ear Hustle, co-founded by Bay Area artist Nigel Poor along with Earlonne Woods and Antwan Williams, will also be in the spotlight. Launched in 2017, it is the first podcast created and produced in prison and features stories of the daily realities of life inside California’s San Quentin State Prison. A new Apple TV+ podcast about Siegfried & Roy, produced by Will Manalti and Steven Leckart, will also be featured at the festival.

“The past few years have seen an explosion in the popularity of podcasts, making this the perfect time to introduce our inaugural Tribeca Podcast Program,” said Jane Rosenthal, co-founder and CEO of Tribeca Enterprises and the Tribeca Festival. “We look forward to welcoming the creative forces behind this year’s most anticipated new programs.”

Here is the full slate, with descriptions provided by festival organizers:

Ear Hustle: Launched in 2017 from Radiotopia and PRX, this is the first podcast created and produced in prison. The show features stories of the daily realities of life inside California’s San Quentin State Prison, shared by those living it, as well as stories from the outside, post-incarceration. Ear Hustle was co-founded by Bay Area artist Nigel Poor alongside Earlonne Woods and Antwan Williams, who were incarcerated at the time. Rahsaan “New York” Thomas joined the team as a co-host inside San Quentin in 2019. Heard by listeners more than 50 million times across the globe, in 2020, Ear Hustle was named a finalist for a Pulitzer Prize in audio reporting, the first time the category was recognized, for bringing audiences “a consistently surprising and beautifully crafted series on life behind bars.” Ear Hustle has also received recognition from the Peabody Awards, the duPont-Columbia awards, the Third Coast International Audio Festival, and more. Hosts Earlonne Woods and Nigel Poor will sit down together to discuss their years of collaboration, share behind-the-scenes stories from their show, and speak about what’s next.

Preview: Hot White Heist: In this new scripted podcast from Audible a group of LGBTQIA+ contemporaries attempts to steal the U.S. government’s sperm-bank deposits from some of history’s most brilliant minds — in the hopes of selling the genetic material on the black market to buy an island for a new queer paradise. Tribeca‘s premiere event will include an exclusive preview and a live performance.

Jad Abumrad with Jason Reitman: Since his early days composing film scores, award winning audio producer Jad Abumrad has always had an exceptional ear. He has been called “master of the radio craft” for his unique ability to combine cutting edge sound-design, cinematic storytelling, and a personal approach to explaining complex topics. He’ll discuss his work on Radiolab, More Perfect, Dolly Parton’s America and more with Academy Award nominated filmmaker, Jason Reitman. Reitman’s films include Tully, Juno, Up in the Air, Thank You for Smoking, and the highly anticipated upcoming Ghostbusters: Afterlife slated to release November 2021.

Preview: Red Frontier: In Red Frontier, a forthcoming Spotify Original fiction podcast from Gimlet, Commander Taylor Fullerton is haunted by the mysterious tragedy that killed her crew as she alone endures their one-way mission to colonize Mars against all odds. Tribeca will present an exclusive preview of this highly anticipated fiction podcast from Spotify and Gimlet Media, followed by a conversation with the cast and creators.

Live Recording: Resistance: Resistance is a widely acclaimed narrative nonfiction podcast from Gimlet Media and Spotify. It was released last fall by a homegrown team inspired by the extraordinary movements for Black lives sweeping the country. Resistance takes listeners to the frontlines to hear stories from the generation fighting for change. Host Saidu Tejan-Thomas Jr. and guests are coming to Tribeca to do a special live recording of a Fuck Your Water Fountain Episode, a segment on the podcast that celebrates little known stories of historical resistance.

Preview: Apple TV+ Siegfried & Roy original podcast: The Siegfried & Roy original podcast from Apple TV+ presents the first, compelling in-depth podcast series about Siegfried & Roy, the most famous, controversial magicians in history, who were widely misunderstood, frequently satirized and feverishly criticized, hosted by veteran investigative journalist and Emmy-winning filmmaker Steven Leckart. The podcast goes behind the velvet curtain to examine the pop culture icons, lionized by a global fan base for more than 40 years, to deconstruct the illusions they created, the empire they constructed, and the story behind what really happened on the night that a tiger attack ended their reign. The podcast is executive produced by Will Malnati of award-winning podcast production company AT WILL MEDIA, and Leckart. Tribeca will present an exclusive preview of the podcast, followed by a conversation with the creative team.

After an earth-changing event causes civil war along the east coast, 17-year-old Kory Hernandez is sent to live with a host family in a small Illinois town battling the impact of climate change. Unsure of her place in this new world, she wonders: what, and who, can one trust in a world turned upside down?

Slide and his friends are risking it all for a Christmas miracle, as they look for “Black Santa” of the Brooklyn projects. Slide’s love for sixteen-year-old Gianna has him and his friends willing to risk it all for a Christmas miracle. But first, they must receive a pardon from “Frosty the Snowman” to travel through “Jack Frost’s” Projects. This Christmas tale is like none else. It’s a holiday story with a modern twist.

Blind Guy Travels invites you into life without sight. Join host Matthew Shifrin as he experiences a Marx Brothers comedy, crafts a TED Talk, and then a Hinge profile, collaborates with LEGO to develop instructions for blind builders, and prepares for college graduation. Blind Guy Travels is a production of Radiotopia from PRX.

A neuroscientist on the brink of a galaxy-changing discovery that will save millions of lives has her work interrupted when she’s kidnapped by a renegade miner. Set in the distant future, this immersive audio series explores what it means to live in a utopian society and the great lengths one must go to preserve humanity.

This is the story of the guardians of the Okavango water system, a network of rivers spanning three countries in Africa, and home to some of the most endangered animals on the planet. These guardians have a monumental task: trying to protect a remote, near pristine environment facing threats from all sides. This podcast follows what happens when worlds connect, and at times collide, with the common goal of protecting a place.

The story of a lesbian community that is situated in a remote village in Lesbos, Greece. Created in the 70s, it welcomed thousands of women before declining in the 2000s. Nowadays, the community is formed by older lesbians. But they are not your typical 60 year old women. They party, they have sex and they speak their minds. What they say about themselves is a precious testimony of a vanishing community that once changed so many women’s lives.

Charlie and Amber both suffer from a rare condition that causes them to wildly hallucinate. When their psychiatrist suddenly goes missing, they rally together with the doctor’s other patients to search for him. Along the way, they encounter secret societies, half-human half- spider centaurs, and a hidden borough of New York under the East River. But how do you find the truth when you can’t tell what’s real?

A sonic memoir about confronting a real demon while making a horror movie in Latvia.

In 2011, police raided a Tantric temple in Phoenix, Arizona and arrested its founder, Tracy Elise, on 100 counts related to prostitution, money laundering, and more. What the state saw as a brothel, Elise saw as a house of worship. In Mother of Maricopa, sisters Leah and Katie Henoch explore the story of the Phoenix Goddess Temple and the compelling questions that lie beyond Elise’s guilt or innocence.

This scripted horror anthology podcast is built around one terrifying premise: When immigrants came to America, we brought our languages and cultures, but there’s one thing we miscalculated: we brought our monsters, too. Set in LA’s Historic Filipino Town, Season One features monsters and evil spirits of Filipino folklore, back for vengeance in modern times. Each season travels to a different immigrant town for an American horror story like you’ve never heard.

What prompted the FBI to reinvestigate over one hundred unsolved civil rights era murders? And what does justice look like for families whose loved ones were killed? Reporter James Edwards seeks answers to these questions, reflecting on his own family’s experiences along the way.

John walks down Vermont Ave. to clear his head before a big decision. This is an atmospheric and intimate portrait of a thirtysomething in LA during the end of 2020. The fiction piece highlights the things that are unsaid and how the silence between two people can be louder than words. Captured in one long take using 3D sound from Sennheiser Ambeo binaural in-ear microphones, it places the listener directly in the main character’s shoes.

Peabody Awards Nominees Include ‘All In’, ‘I May Destroy You’, ‘Late Show’, More
Recent Posts