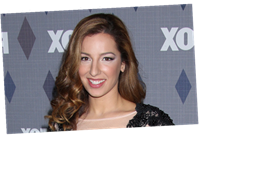 EXCLUSIVE: Glee alumna Vanessa Lengies has been cast as a series regular opposite Josh Peck in Turner & Hooch, Disney+’s reboot of the classic 1989 buddy-cop comedy feature. The TV series, which has a 12-episode order, comes from Matt Nix and 20th Century Fox TV.

Like the movie, the hourlong series centers on Scott Turner (Peck), who now is a U.S. marshal — versus the police detective played by Tom Hanks in the movie. When the ambitious, buttoned-up marshal inherits a big unruly dog, he soon realizes the pet he didn’t want may be the partner he needs.

Lengies will play Erica, the chief trainer at the US Marshal K-9 facility. When she’s with a dog, her cute awkwardness disappears and she is a natural leader. Erica is less comfortable with people, especially cute guys like Scott Turner (Peck), who is oblivious to Erica’s interest in him. Erica is on board to train his 90 pound slobbery dog, Hooch, as a new K-9 for the US Marshall, and it’s clear she’s looking forward to work with Hooch…and Scott.

Lengies is best known for her roles in Fox’s Glee, also produced by 20th TV, the Disney movie Stick It and the Waiting… movie franchise. She created the unscripted series, The “S” Word, available on Prime Video. Lengies is repped by Gersh and manager John Carrabino.

The untold truth of Lucille Ball