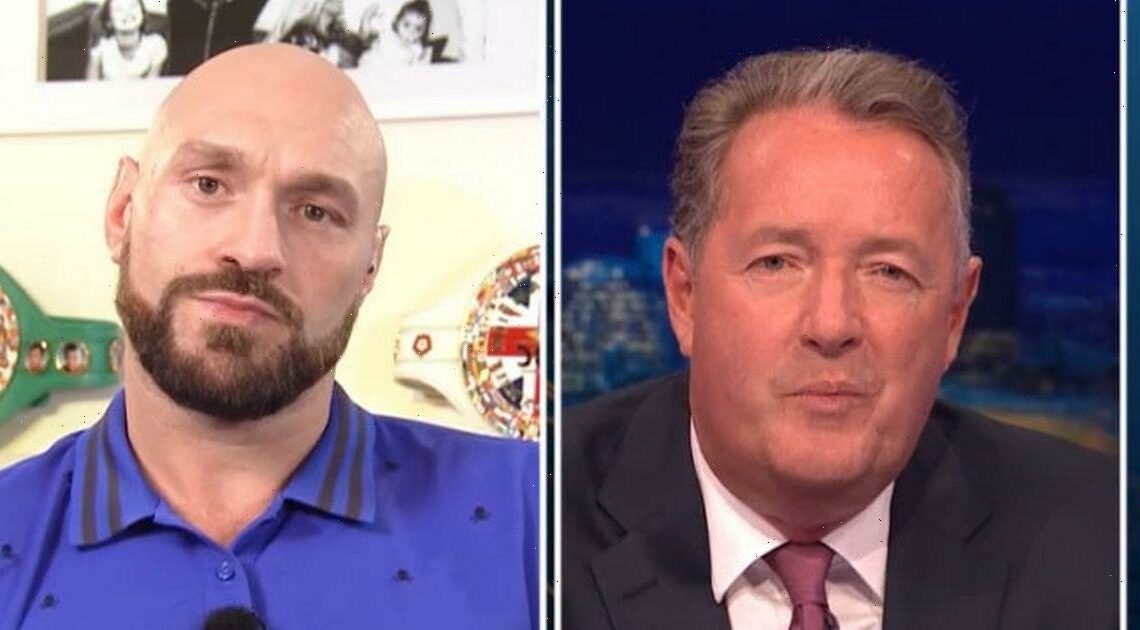 Tyson Fury was more than happy to join Piers Morgan on his new show on TalkTV – and he was quick to joke with the TV host.

Piers and Tyson were discussing cancel culture on the new TV show shortly after a segment with Sharon Osbourne where she discussed getting booted off her US show.

As the former Good Morning Britain host declared his plans to end cancel culture, Tyson joked that if the controversial star "shut his mouth" he wouldn't face it.

"You've got to watch what you're saying Piers! Shut your mouth! And that's not very good when you're -", before cutting off.

Piers responded: "I'm not going to watch what I say. I think both of us have the self confidence to say, 'You know what? Stuff this nonsense'."

Piers and Tyson bounced off one another throughout the interview as the boxing champ appeared upbeat about coming on TV with the host.

Tyson even suggested that, after confirming his retirement, he would look at doing a job similar to Piers and not holding back his thoughts – just like the former GMB host.

Since announcing his show, Piers has made an active decision to ensure that cancel culture isn't a thing on his show – and he's not stopping until he puts an end to it.

The star has made his opinion on people getting "cancelled" quite clear since he was forced to leave ITV after comments he made about Meghan Markle.

And Piers has made his determination to cutting cancel culture very obvious since the show launched on Monday, with Sharon Osbourne being invited on Wednesday evening to talk about her experience getting cancelled.

Piers confessed he fought to secure her a slot on TalkTV after she was booted off from her US talk show for jumping to his defence.

He officially declared Sharon "uncancelled" on the show as the pair celebrated together.

'Stop treating all us older ladies like we need protecting!'
Recent Posts