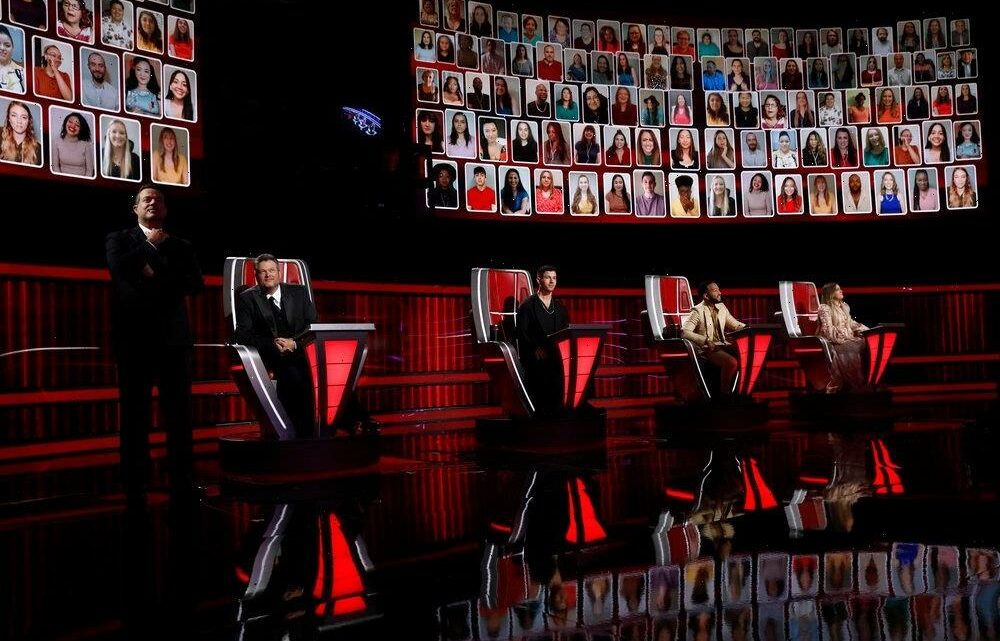 Much of the coverage of Amazon’s $8.45B deal to acquire MGM has focused on the company’s film attributes and the impact on theatrical distribution.

The executive shuffle on the film side, featuring the likes of Michael De Luca, will get a lot of headlines, as will the importance of owning IP and a film library that can feed its hungry video services. But the lion’s television business has been one of its most profitable divisions in recent years and the mega-deal will certainly put a new focus on this unit.

There will be inevitable attention on which classic MGM film properties that Amazon Prime Video and its sister streamer IMDBtv can reboot, but the deal could also have a major boost on the streamer’s unscripted fortunes. Then there are also question marks over the future of Epix and of MGM Television as a standalone entity.

MGM has a very solid unscripted business; its slate features long-running hits such as NBC’s The Voice, ABC’s Shark Tank and CBS’ Survivor as well as Fox’s Beat Shazam, E!’s Botched, Bravo’s The Real Housewives of Beverly Hills and MTV’s The Hills. It has also been making noise with the streamers with the likes of The Big Shot with Bethenny for HBO Max.

Amazon has largely struggled in the unscripted and reality arena outside of the success of The Grand Tour, which launched in 2016. Many have questioned what the streamer’s strategy is in unscripted, which is run by former CBS exec Chris Castallo, and while Tim Gunn and Heidi Klum’s Making The Cut was renewed for a second season, canine competition series The Pack and its reboot of Eco Challenge were both cancelled after one season.

The latter was produced by MGM Worldwide Television Group Chairman Mark Burnett, and was a remake of the show that essentially started his career as a TV producer.

The big question is whether Burnett, who also famously produced The Apprentice as well as shows such as Are You Smarter Than A Fifth Grader, would want to join the tech company, whose TV and film studio is run by Jennifer Salke. So far, indications are that the former British paratrooper may leave after the transaction vs. staying on to try and turn around Amazon’s unscripted fortunes.

“It could be really a firestarter to light up non-scripted at Amazon in a bigger way,” said one source about the prospect of Burnett working for Amazon.

Regardless of Burnett’s involvement, the deal still gives Amazon a better footing in the unscripted world, through its ownership of Big Fish Entertainment, which is best known for A&E’s recently cancelled Live PD, and Evolution Media, which is responsible for a lot of profitable, high-volume, reality series.

Barry Poznick, President, MGM Unscripted Television and Orion Television, is considered a talented “hustler” within the non-scripted business, but whether he or Scot Cru, who is EVP, Global Formats & Unscripted Content would stay without Burnett, who values the loyalty of his small cadre of executives, is also unlikely.

On the scripted side, it appears that, in the short term at least, once the deal goes through, Amazon may produce programming for rivals and third-party outlets for the first time. Tech companies that had ventured into original programming like Netflix, Amazon and Apple all produce exclusively for their platforms, and industry observers don’t see Amazon altering the company’s model of making content with the sole goal of strengthening Prime Video (and, to less extent, building IMDb TV) to start producing for other outlets, including direct competitors like Netflix, Hulu, HBO Max and Paramount+.

MGM Television is behind Hulu series The Handmaid’s Tale, which also has a sequel series in development, anthology series Fargo for FX, Clarice, which will be heading to Paramount+, and the upcoming Vikings: Valhalla for Netflix and Wednesday Addams for Netflix.

MGM TV also has a number of projects in development at other networks and studios, most notably an adaptation of Ohio, from Sam Levinson, for HBO, an adaptation of The Westing Game at HBO Max and other high-profile projects with Apple and Peacock.

It also has many series in the works with Amazon itself including animated fantasy series Highfire, based on Eoin Colfer’s novel, with Nicolas Cage voicing and exec producing, a YA pilot based on Harlan Coben’s novel Shelter, and some other A-list projects.

The scripted side of the TV business is now run by Michael Wright, the former Turner and Amblin exec who took over from Steve Stark earlier this year in addition to his role running Epix. He currently reports to Burnett.

Whether MGM is wrapped into Amazon Studios or kept as a label remains to be seen. On the one hand, it’s easy to see the studio merged to create a bigger beast while cutting costs from eliminating duplicate functions like business and legal, but similarly other businesses that Amazon has acquired such as Whole Foods and Audible have remained relatively independent of the mothership. Having said that, veteran Jeff Blackburn, recently returned to the company to oversee all of its media businesses, which also include Amazon Music, Wondery and Twitch so you could see them unifying their entertainment assets more closely.

Much of Amazon’s TV strategy has centered around IP, deals such as The Lord of the Rings or the plethora of books that it has optioned, which ties in nicely with how MGM has developed film franchises such as Fargo or Get Shorty into TV series. While a James Bond TV series is unlikely, thanks to the control of Barbara Broccoli and the EON team, you’d have to think that the deal will increase the focus on small screen for projects such as a Rocky TV series – a pitch Sylvester Stallone shared on Instagram earlier this year – or new takes on Pink Panther, Legally Blonde or RoboCop.

The company also has an extensive TV library, which can also be mined for reboots; ABC recently tried reviving the company’s thirtysomething, which went to pilot.

There are also talent implications; MGM has overall deals and first-look deals with a range of writers and creatives including The Handmaid’s Tale’s Bruce Miller, Perpetual Grace LTD producer Escape Artists and A Beautiful Mind writer Akiva Goldsman among others.

There’s obvious pros and cons to essentially be tied in to one or two platforms; you may not be able to shop around, but the chances of your project going forward are perhaps higher if you are in-house. One insider also pointed out that the sale would be a good time for in-demand talent to consider starting talks over a new deal, in light of the new arrangements. “MGM and Amazon may produce for third parties in the short term, but long term it’s a Prime Video or IMDBtv play if you’re in business with them,” said one source.

Other areas in the television realm to consider are Epix and MGM’s international units.

Epix launched in 2009 but was taken over by MGM in 2017 after the studio bought out its launch partners Lionsgate and Viacom. The movie network was initially distributed as a hybrid premium/digital basic cable channel and was one of first subscription services to make its films and series available for streaming. Over the last couple of years, it has ramped up its carriage, including in 2019 with Amazon Prime Video Channels.

The network has had originals such as The Godfather of Harlem starring and produced by Forest Whitaker, Pennyworth, the origin story of Batman’s butler Alfred from DC and WBTV, Steve Conrad’s Perpetual Grace, LTD, starring Sir Ben Kingsley and Belgravia, from Julian Fellowes and recently ordered a series about Billy The Kid from Michael Hirst.

But it has struggled, like many peers, to truly break through with its high-cost scripted series, and Deadline revealed earlier this month that Pennyworth was eyeing a move to HBO Max.

On the one hand, it would make sense to continue to operate Epix, at least until its major carriage deals came up or it stopped being profitable, but on the other Amazon being in the traditional linear business seems at odds with its streaming strategy.

From the start, Epix was conceived as a multi-platform linear-digital service so it has had a presence — albeit limited — in the streaming space. While many don’t quite see a place for it alongside SVOD Amazon Prime and AVOD IMDb TV, the service currently has a solid slate of library content, which could give it a lease of life, at least in the short run.

Internationally, MGM also operates a global distribution business, run by Chris Ottinger. Again, it seems unlikely that Amazon, which operates its streaming service in over 200 territories, would want to be in the business of handling tape sales to international broadcasters and streaming rivals. It could keep a pared down team to handle second window sales – Netflix once had a stand at Mipcom in Cannes to do just that – but it would unlikely require the same scale that the independent studio, which deficit finances many of these projects, demands. Similarly, would Rola Bauer, who is President of International Television Productions, and joined last year from Studiocanal, and Dom Bird, the former Channel 4 exec who runs unscripted content out of London, join Amazon’s global team?

Possibly. As with much of this, and with many of these mega mergers and acquisitions, there is plenty left to shake out over the coming months.