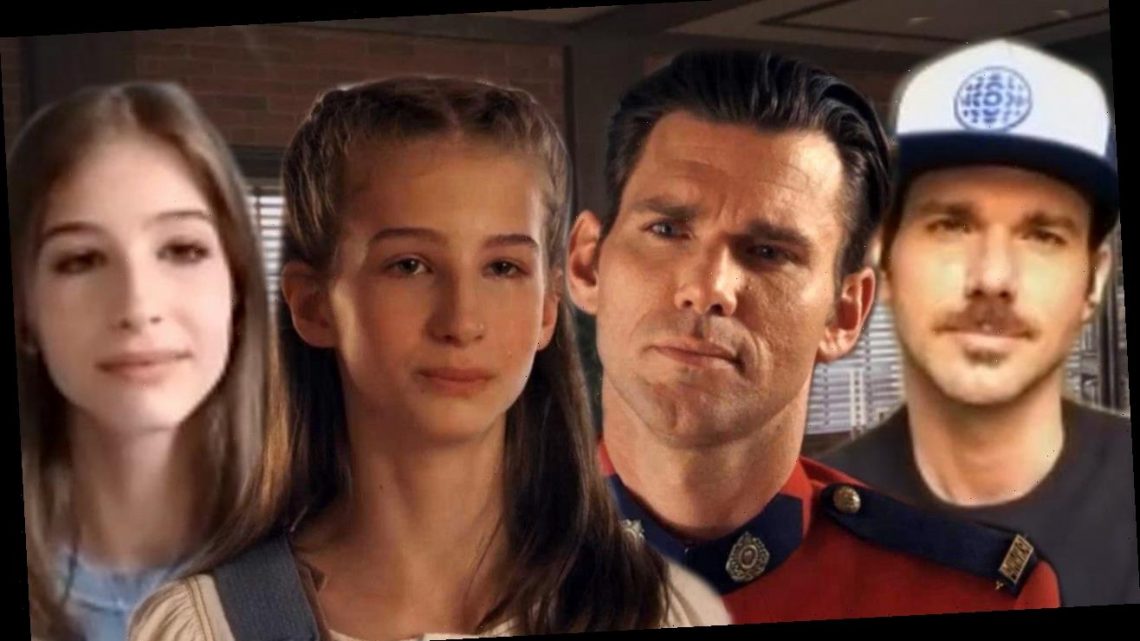 Mountie Nathan Grant and his niece, Allie, are growing closer than ever.

During Sunday’s episode of When Calls the Heart, viewers were on the edge of their seats as Nathan faced possible punishment as the subject of an inquiry surrounding the death of a Mountie that was killed during a prisoner transfer gone-wrong in the season 7 finale. Amid the heated inquiry, Allie makes an impromptu decision to interrupt the hearing to defend Nathan’s character. Her tearful plea was compassionate and moving — and ultimately led to Nathan’s vindication and a heartfelt embrace between the uncle-niece pair.

Only ET spoke with stars Kevin McGarry and Jaeda Lily Miller about filming the emotional scene and what it means for Nathan and Allie’s bond moving forward.

“I think Allie is very protective of Uncle Nathan, so I tried to put myself in her shoes and feel what it would feel like if one of my own family members, or even Kevin, because he’s kind of like my family member, if that would actually happen,” Miller reflects. The actress playfully recalls, “I was just balling at the time, I had snot everywhere.” Speaking to the power of the scene, Miller says, “I felt it in the moment. I was just talking to all these [actors] in this room and I could see it on Kevin’s face. I was like, ‘OK, this is it, this is a pivotal moment.’”

The intense scene required a lot of emotion and tears out of Miller, who reveals to ET the secret behind her acting technique: emotional TikTok videos. Before filming, Miller says she got the waterworks flowing by watching “really sad” videos of elderly couples and members of the military reuniting with loved ones. She explains, “I was like, ‘This is so sad.’ But then after I got the tears going, I put myself in Allie’s shoes and the acting came through.”

McGarry chimes in to hilariously ask Miller to send him some links so he too can learn her secret to crying on-command — but on a serious note, the Toronto native didn’t hold back praising the teenage actress for her moving performance. “She got me. I was just welling up [with tears],” he explains. “What I was seeing was a person who is scared that their person is going to be taken away from them. Nathan is all Allie has. Her mom passed away and we know what happens with her dad. Nathan is her world… for a little girl to run in in tears to be like, ‘Just don’t take dad away from me. Or, you know, my guy away from me, because he’s all I have and he’s a good person and you guys are stupid you can’t see that’… it gets you because you do realize the effect you have on somebody else and you don’t realize how important you are in somebody else’s world.” In summation, McGarry says this “was such a big thing that brought Nathan and Allie together.”

Since Miller and McGarry joined the long-running Hallmark Channel series in 2019, fans have watched their unique bond blossom and flourish. Now, it seems they’re closer than ever to formalizing Allie’s adoption. McGarry explains, “This is kind of a catalyst in a big movement for Nathan, going full speed into making their relationship permanent in the way of a father and a daughter kind of thing. This was the moment he saw how much he actually does mean to Allie… not that he didn’t love her and care about her [before], but it was, ‘I’m looking after my sister’s daughter. I’m going to look after her and she’s family,’ but at this moment he’s like, ‘Oh, this is more than just that. I’m her world and she’s my world.’”

Although it’s only the fourth episode of the season, Nathan has undeniably been dealt some challenges. From admitting to Elizabeth that he’s in love with her to the distress of the inquiry, the Mountie has found himself in some uncomfortable situations. Miller opens up about how her character feels seeing her uncle being put through the wringer, telling ET, “I think it’s a little hard for [Allie] because she just wants so bad for [Nathan] to be happy and I think she really is trying to push something with him so he doesn’t feel like he’s alone in that aspect, and I just really think she wants what’s best for him and she thinks that Elizabeth is what’s best for him.” She cryptically adds, “I think when hearties find out [the outcome of the love triangle], they’ll see why everything happened how it did.”

Miller also confirms she’s team Nathan for obvious reasons. “I like Chris [McNally],” she says with a smile, but candidly adds, “It’s kind of hard to be on his side when I’m attached to Nathan’s character. So, I’m team Nathan.”

While Nathan and Allie’s relationship seems stronger than ever, his relationship with Elizabeth remains in flux after revealing in episode 2 that he’s in love with her. Watch the video below to see how McGarry, Erin Krakow and Chris McNally reacted to Nathan’s massive revelation.

When Calls the Heart airs Sundays at 9 p.m. ET/PT on Hallmark Channel.