MGM is releasing “Flag Day” exclusively in theaters on August 20, because Michael De Luca is still running the studio — until the sale to Amazon goes through. A decade ago, he had fallen in love with the Jez Butterworth (“Ford v. Ferrari”) adaptation of Jennifer Vogel’s novel about her con man father. After two-time Oscar-winner Sean Penn finally directed and starred in the independent film, De Luca snapped it up. An old-fashioned, ’70s-inflected, intense father-daughter drama shot on super-16mm, “Flag Day” was made in defiance of contemporary movie conventions. After A.G. Iñárritu and other directors fell out over the years, producer William Horberg (“The Queen’s Gambit”) kept trying to get the film financed until Penn, who had been circling it as either actor or director, finally convinced his daughter Dylan to take on the role of the young journalist who tangles with her father.

“Sean is coming from a pure place,” said one of the film’s financiers, Fernando Sulichin. “It’s important to keep supporting not just fast-food films. It’s hard to make a film like this in the industry today.”

Penn wanted Dylan to play Jennifer from the first time he read the script a decade and a half ago, but she wasn’t ready at age 15. It took Dylan years to come around. Even though she grew up on set with her actor parents, Penn and Robin Wright, Dylan never intended to become an actress. “My parents made a point, even though their work was all-consuming, to always bring us around,” she said in our Zoom interview with Sean. “Being on set is unbearably boring, unless you’re in it. Even as an actor it’s hurry up and wait. Your real job is waiting. Growing up on set was not the defining factor that made me want to get into the industry. Writing and directing was always something I aspired to do. Acting wasn’t something I was interested in until much later.”

The director had to wait for his daughter, who is now 30, to be ready to take on the challenge. “The film had gone through various iterations,” she said. “Originally Dad was going to direct with another actor; one thing led to another and that didn’t work out. Honestly, producer Jon Kilik and my mom were the people who pushed me into doing it. She told me, ‘working with my dad as director was the best experience I ever had.’ I felt like if she can do it, then I can do it.” 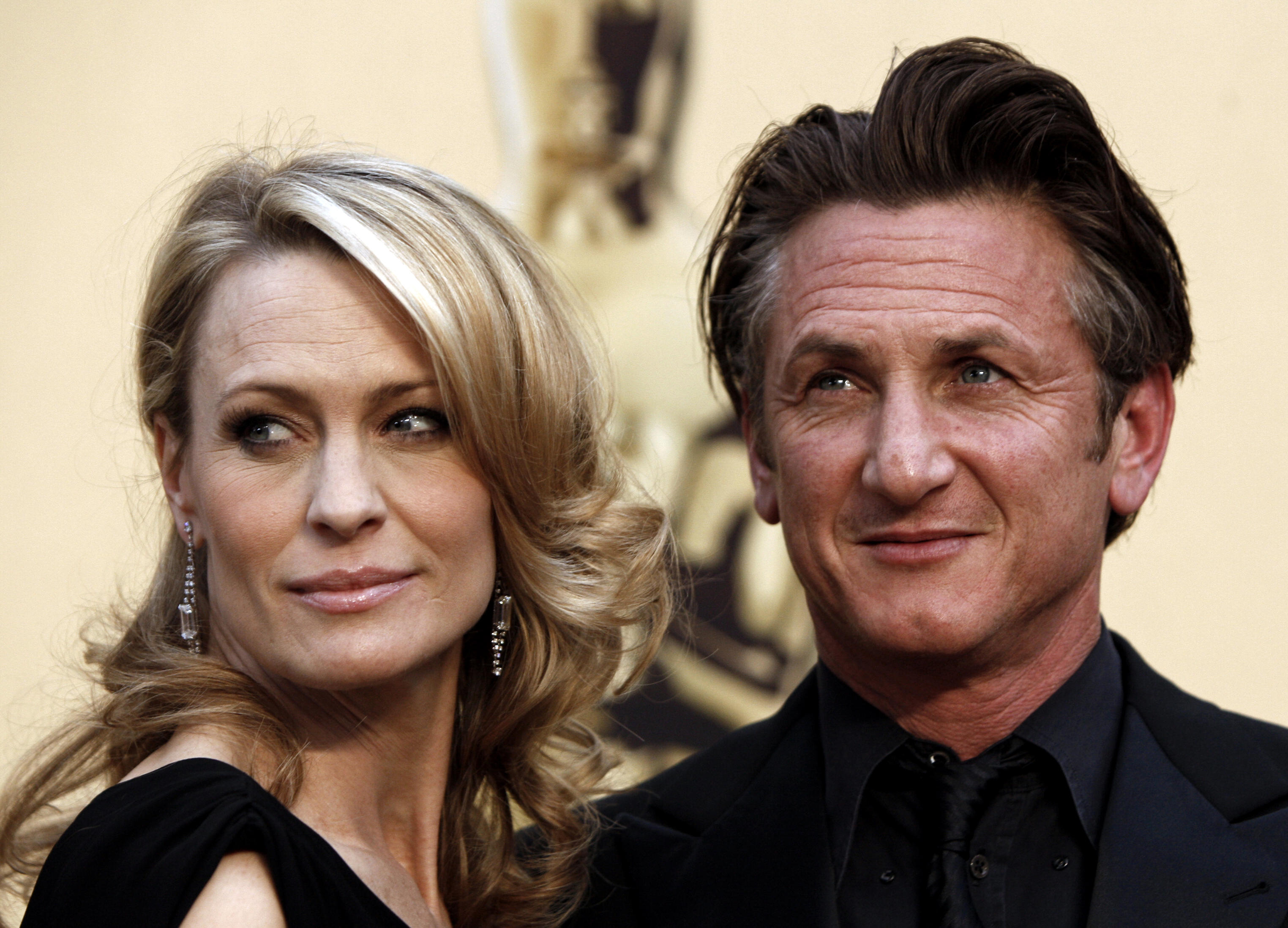 Oscar-winner Casey Affleck (“Manchester By the Sea”) was set to play smarmy John Vogel, an inveterate liar always spinning various deals that invariably plunked him back in jail. And Sean Penn resisted Kilik, who begged him to follow in the footsteps of John and Anjelica Huston (“Prizzi’s Honor”), Ryan and Tatum O’Neal (“Paper Moon”), and Henry and Jane Fonda (“On Golden Pond”) and star opposite Dylan. “The dynamic between the two of them was what I wanted to see,” said Kilik.

A month before shooting, when Affleck dropped out, Penn called Matt Damon to offer him the role. The star was about to start “Stillwater” and couldn’t do it. “I asked him why aren’t you playing it?” Damon told me. “Your kid’s in the movie. Freeze this moment in time together. Why wouldn’t you play the role? ‘Because I just want to direct.’ As we were talking it dawned on me what an opportunity it was. By the end of the phone call, I was raising my voice. ‘Are you out of your mind?’” 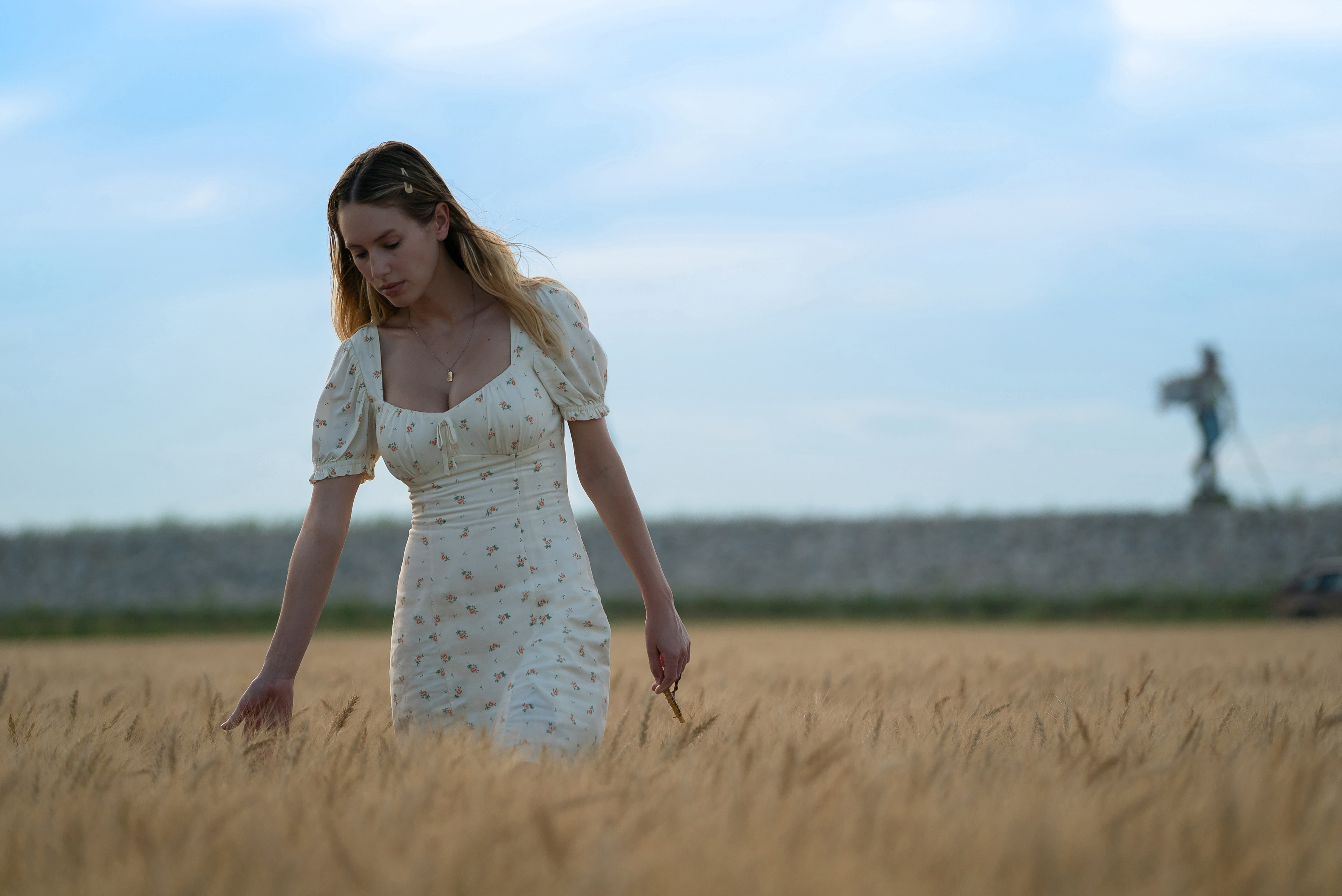 Penn heard him. “Directing and acting was always something I didn’t want to do and never had done,” he said. “I’m better doing one thing at a time. In so much of my life I’m a multitasker. I’m compelled to do that, but it’s very stressful. One of my happiest times is directing. Why add that stress? Acting is the multitask of directing.”

The other issue was age. Penn is now 61. Affleck would have been able to use makeup to age from his 20s through his 60s. Damon told Penn to consider using CGI. “That was an additional budgetary issue,” Penn said. So in order to make up the cost difference for visual effects de-aging, Penn made up the difference: he gave up his $65,000 salary and put in another $1 million. He wanted to come through for Dylan. “In the early part of the story I digitally return to some degree to the younger age. I realized this was the only way it was going to happen. Boy, I’m glad I did. How right he was.”

Damon is glad too. “It means the world to me that my words meant something to him,” he said. “He’s a hero of mine. He’s brilliant, I’m glad he did it. I’m glad the two of them have that.”

The shoot was a rigorous 37 days. The Penns’ rehearsal time was limited to a brief interlude on each new location. “I remember the first scene we shot together,” said Penn, “looking over to one of my trusted crew members: ‘OK this is a talent. This is something special.’” His focus on a director was “on Dylan’s face to the tell the story,” he said at Cannes.

The movie ignites when the two share the screen. “A real father and daughter playing a real father and daughter are investing emotionally in certain ways,” he said. “All those feelings, rage or joy or whatever we are feeling, we have familiar touchpoints with. Some significant ones we wouldn’t have necessarily shared the same versions. Our life together is the equivalent of learning the guitar, then getting together: ‘what’s this song we didn’t write but we can interpret and just start playing together?’ We did find every opportunity to have fun, with all the intensity of it.”

The first scene they shot together was at a Chinese restaurant. “I knew I had his support and his full attention as a director and as my father,” said Dylan. “Then to act opposite him. I knew it was going to be intense. I was nervous, all those things. I had never thought of playing off him as an actor. It was one of the greatest gifts I could have received because he gives so much as a costar. I had a sense of relief: ‘this is going to be fun!’”

Penn has had his issues with the Hollywood system since he was a cranky young actor walking off sets and refusing to do press (causing at least one studio chief to refuse to speak to him for 10 years) along with delivering many Oscar caliber performances.

If he had doubts about helping to launch Dylan’s Hollywood career, he got over them. In his maturity, Penn has come to terms with his ambivalent feelings about the studios by being of service, whether pleading for equal rights at the Oscars (where he memorably said, “I do know how hard I made it to appreciate me often”), providing aid to hurricane victims in Haiti and New Orleans, or setting up testing facilities at the Los Angeles Veterans Administration during the pandemic.

“It’s hard to work within a great bureaucracy or a movie industry that’s as full of shit as great people,” he said. “As it turns out, that’s my job. Yes, I can rage against the machine, it can be disappointing and heartbreaking as the society is moving in a direction where the kinds of stories you want to tell aren’t embraced or shared broadly. I never wanted to direct something for the small screen, although I’m a great appreciator of the incredible stuff on the small screen. I fell in love with movies. Hal Ashby once said to me: ‘at the end of the day they have their money, we have our movies.’” 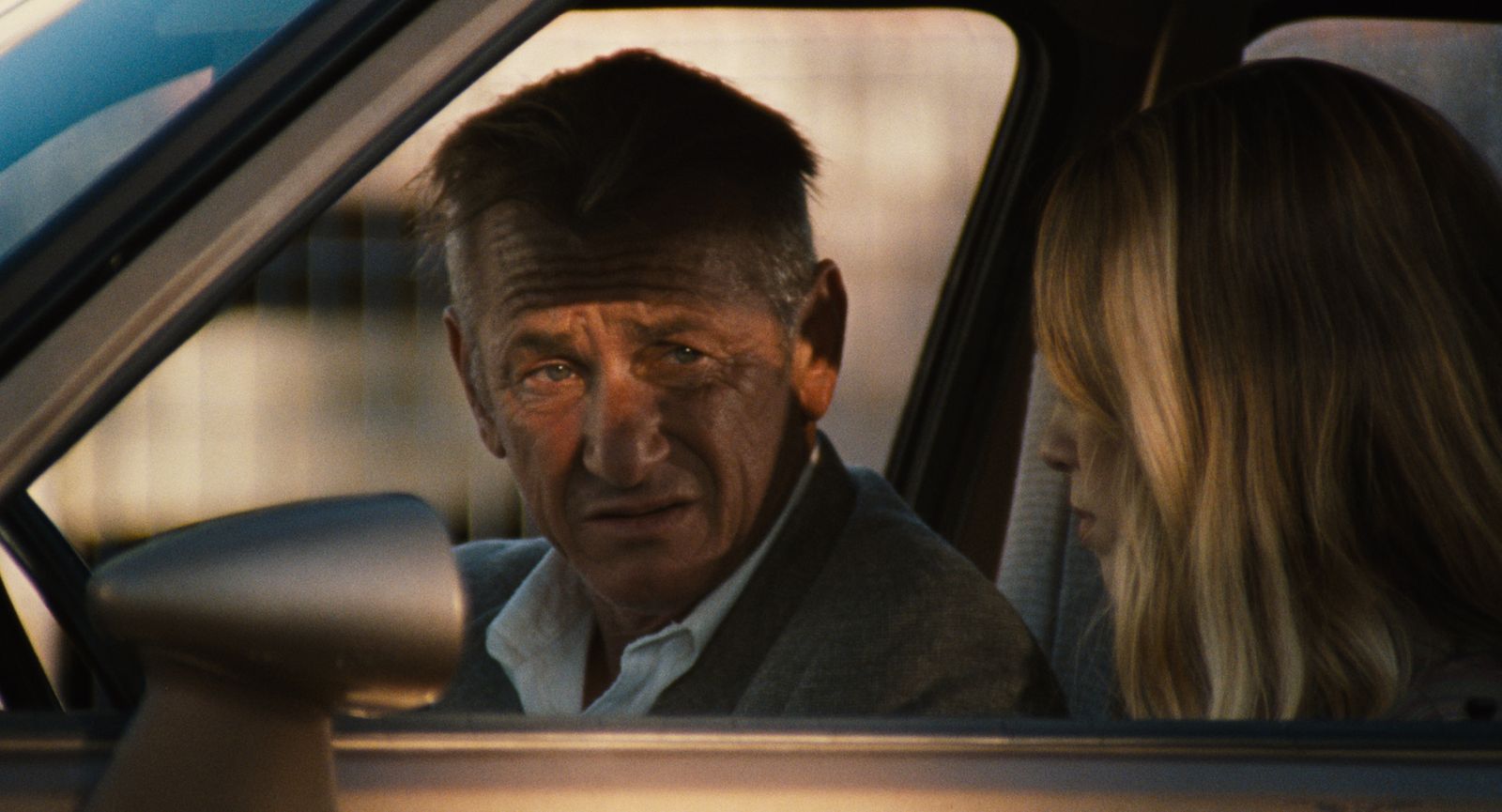 After MGM bought “Flag Day,” Penn debuted it in competition at Cannes, its first public screening. “Anything can happen,” Penn said. “I’ve had movies celebrated at Cannes and scorned. I’m willing to get back off the ground. Cannes is the big game. That room we saw it in was filled with some of the greatest talents from around the world in international cinema. To be able to share your work with them at that beautiful screening at the Palais, it’s always going to be the right choice no matter what happens. In this case I didn’t want anything other than Dylan’s wonderful performance to come out of it. Joy is great, but relief is better: the thrill and the joy and the affirmation of what I knew in my heart of her talent.”

And it may be one of the last movies we’ll see shot on celluloid and shown exclusively in theaters. “I’m distrustful of digital photography,” Penn said. “I made one movie as a director digitally, and I regret it, ‘The Last Face.’ Day by day in the cutting room I felt I was seeing something artificial. We don’t always know when we’re being lied to, but we do know when we are being told the truth. Truth is cinema to me.” 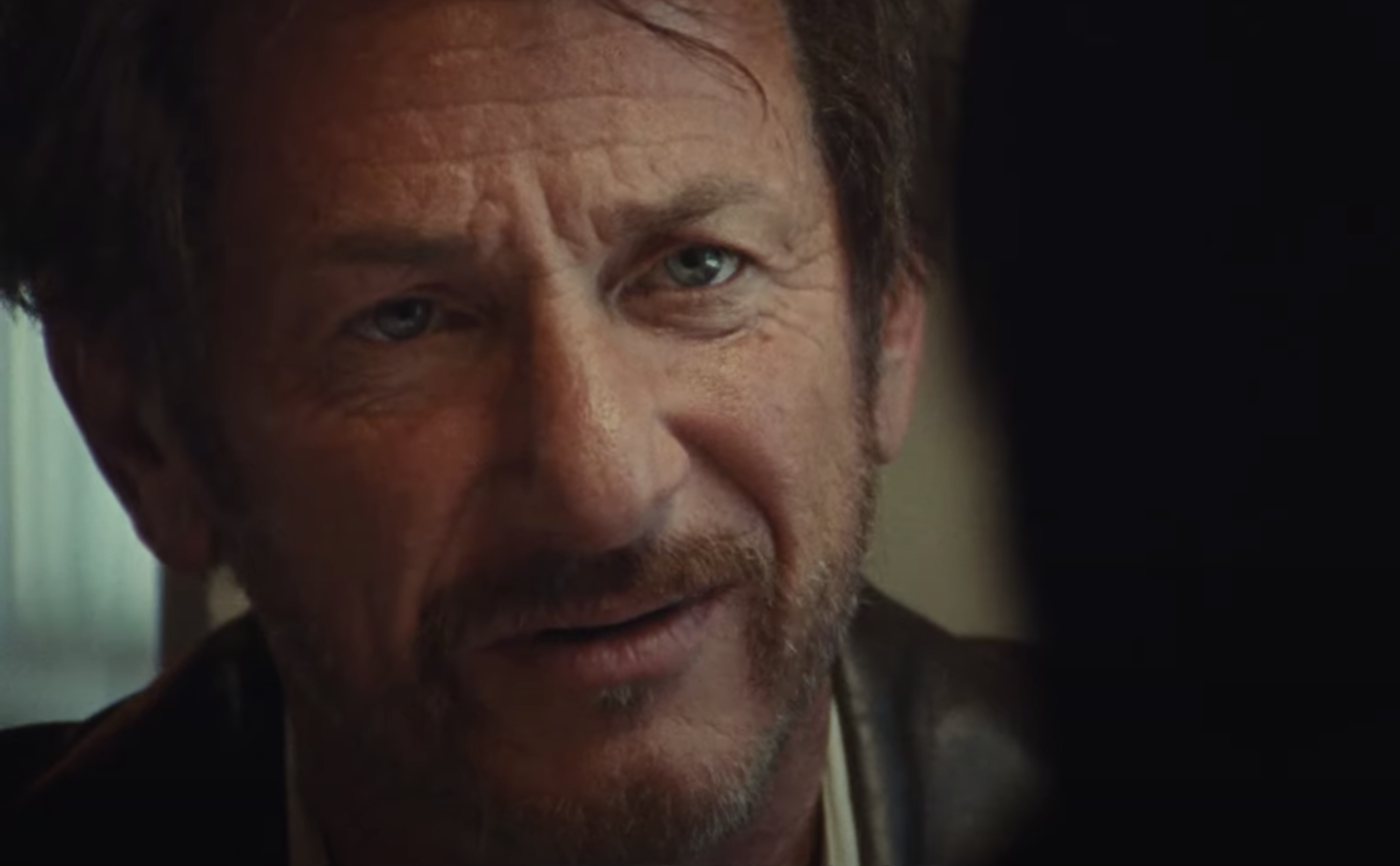 Penn and cinematographer Danny Moder runned and gunned with small 16mm cameras on multiple locations (near Winnipeg, Canada), and for flashbacks, Super 8. “We wanted the original grain,” said Penn. For a little bit more time, Penn thinks there will still be films shot on celluloid. “The issue is going to be on processing, whether labs and film stock are available,” he said. “There will be some hurdles to jump. The more troubling possibility is on the distribution side, as more and more of these companies are going day and date. The specialness of that cinematic experience is depleted; I hope once we get back on our feet as a country and a world amid the COVID issues, there will be a rejuvenated experience of theatrical films.”

Penn is grateful to MGM for “inviting audiences to come into a theater before it ends up streaming,” he said. “I want people to go see this movie. I don’t want people who aren’t vaccinated to see this movie — they should wait for it to stream.”

Former interpreter in Afghanistan: 'I wish I didn't work with the United States'