Home » TV and Movies » Whats the point inviting me on! Piers Morgan and student erupt in free speech row 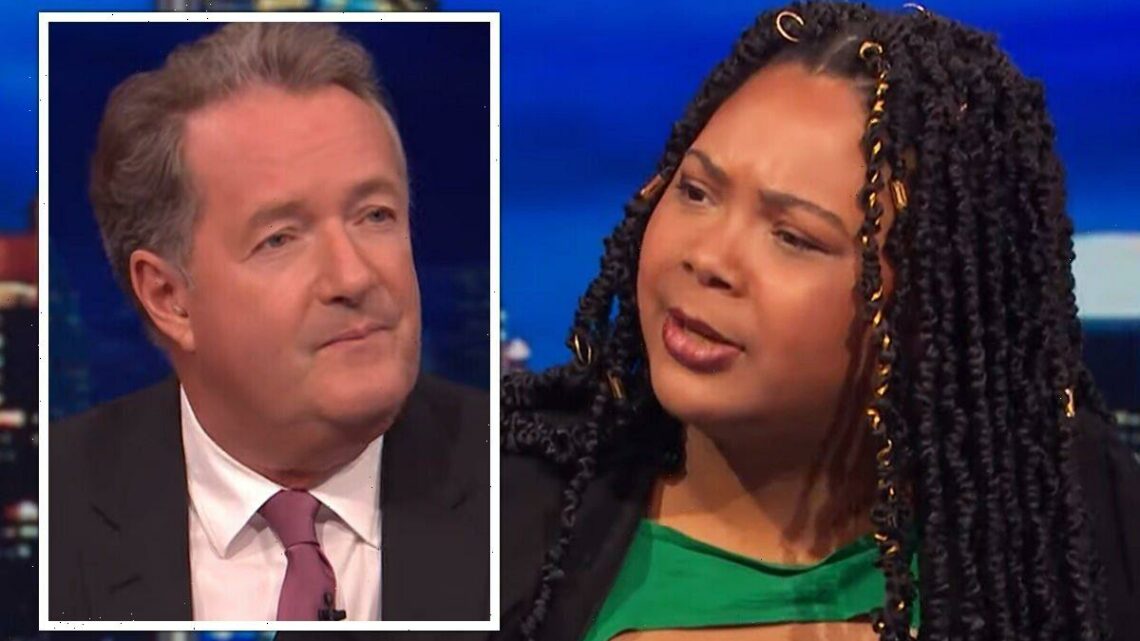 Whats the point inviting me on! Piers Morgan and student erupt in free speech row

Stanley Johnson walks out of interview with Piers Morgan

Piers Morgan invited Larissa Kennedy onto Thursday’s instalment of Piers Morgan Uncensored to debate a report which revealed students want more restrictions on free speech. The broadcaster and student clashed over the report and Larissa became frustrated she could not finish her points as she kept being challenged by Piers.

A new report by the Higher Education Policy Institute has revealed the dramatic surge in support for censorship by students.

The report revealed nearly 60 percent of those who were surveyed were opposed to unlimited free speech.

It also revealed almost 40 percent believed the Student Union should ban all speakers who might cause offence, and 76 percent want universities to get rid of any historical figures which might be deemed offensive.

Before the interview with Larissa got underway, Piers told viewers he believed the report was “absolutely nuts”. 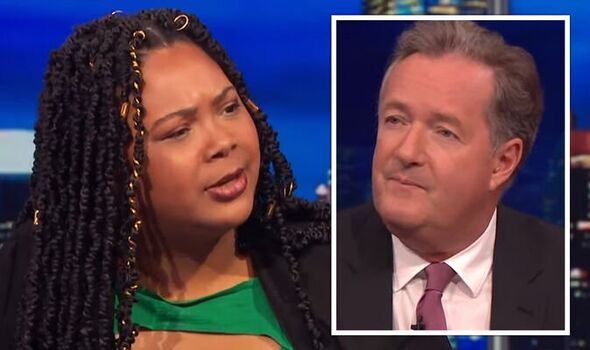 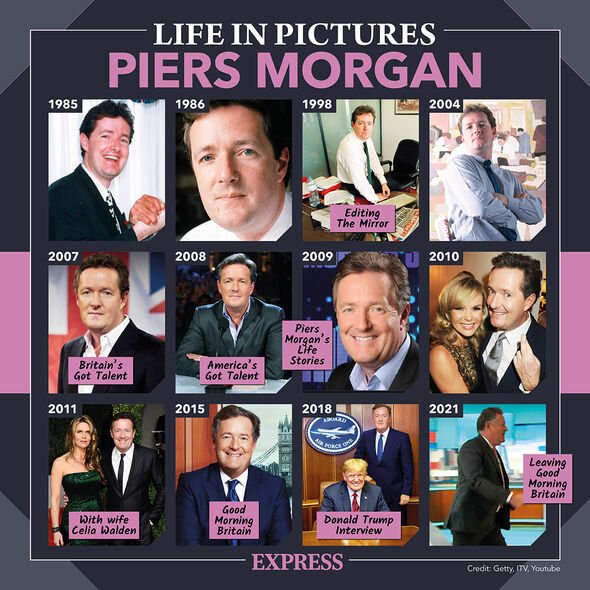 Piers asked Larissa: “What’s going on at universities and why have you all become the enemies of free speech?

“Why do you all get triggered by everything and why have you all become such snowflakes?

The student replied: “Yes we need to uphold freedom of speech but we also need protection so we can ensure our campuses are a safe space for evolving people.

“And if you want to ask what that means, it means if you have got someone with views which are obviously going to spark outrage, that you give a heads up to the people coming.” 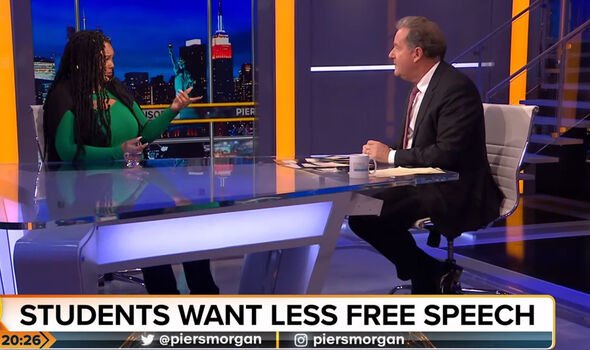 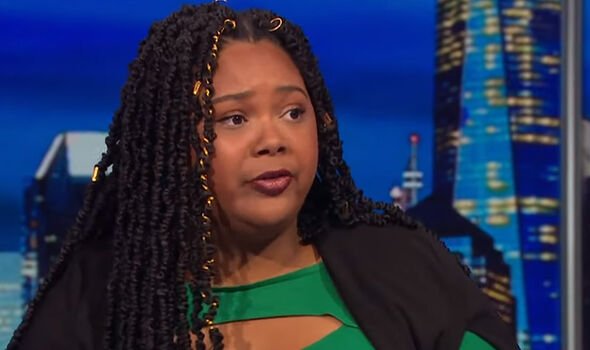 Piers, who made it clear he disagreed with Larissa branded her argument “crackers” and he did not understand the need for trigger warnings at universities.

As the pair continued to clash over free speech, Larrissa snapped: “I can never finish a point, what was the point in asking me on here?”

She continued: “Clearly you’re not used to debating as you are not letting me get a word in.”

The TalkTV host explained he was allowed to challenge Larissa on her views before he branded the student “ageist” after she told him he had not been in education since he was 19 years old.

Piers clapped back and said he understood what is going on from the report by the Higher Education Policy Institute.

“Can I ask you a question without you getting offended?” Piers asked Larissa as she rolled her eyes at him.

“I’m not offended, you could not offend me if you tried,” Larissa added.

The pair left on a sour note after they clashed over whether Larissa would want Harry Potter author JK Rowling to be a guest speaker at a university.

Piers Morgan Uncensored continues on weeknights at 8pm on TalkTV.