Home » TV and Movies » Where is The Larkins filmed? Locations for Darling Buds of May reboot explored 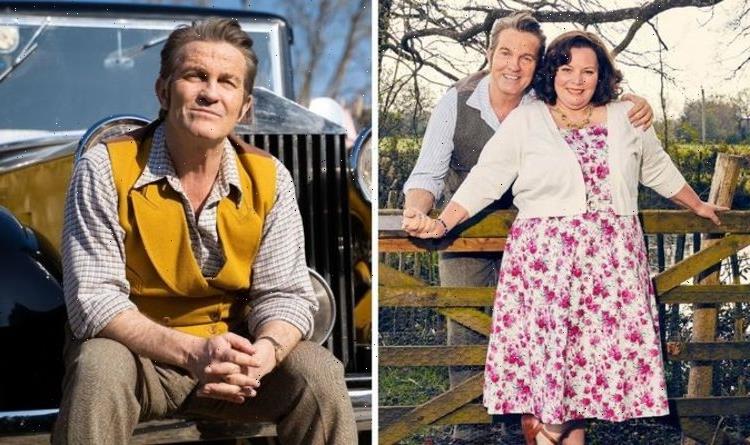 Where is The Larkins filmed? Locations for Darling Buds of May reboot explored

Bradley Walsh: The Larkins was shot 'different' to the original

The Larkins is based on a series of novels by HE Bates, following a family living in a perfect little village. Previously adapted in the 1990s with The Darling Buds of May, fans love the story, not only for its characters but for its beautiful locations. Express.co.uk has all the details on where the new ITV show was filmed.

Where is The Larkins filmed?

The Darling Buds of May was originally filmed in Kent, with viewers loving the series for its idealised English scenery and community.

With the imminent release of the new adaptation, The Larkins, viewers are curious to know if it will also be using the same locations again.

To the delight of original fans, the new show was indeed filmed in Kent, with the Southern countryside one of the most important aspects of the show.

However, the show will be using new locations for specific locations and scenes, with the biggest change being the choice of the Larkin home.

The original Larkin family home was filmed at Buss Farm in Pluckley, making the estate an iconic location ever since.

Most likely in a bid to differentiate itself from the original show, the Larkins will no longer be found in the farmhouse.

However, ITV has not revealed the specific location of the new home, but it is on a farm in Kent.

The bulk of the filming took place in three villages in Kent, namely Underriver, Eynsford, and West Peckham.

All the villages were thrown back into the 1950s for filming, with all the shops, homes, and streets given a classic makeover.

The location of Kent in the books has become synonymous with the series as a whole.

This was explained by Sophie Clarke-Jervoise, the Executive Producer on the show, who said they had “been so lucky” to film in Kent once again.

Clarke-Jervoise continued: “We wanted it to be in Kent because the novels are set in Kent.

“We wanted these lovely rolling hills, farms in the background, it’s just gorgeous, we’ve been so lucky.

“We did look at other locations options but we just kept coming back to Kent because it has that authenticity of the novels.”

It was quite a feat for the production to achieve again, as the show had to tackle mounting restrictions while filming.

However, the production team overcame the challenges to bring fans an authentic experience and one that is closely aligned to the books.

Walsh echoed Clarke-Jervoise’s comments, adding: “The joy of shooting here in Kent is the fact that this is where the books took place, so you get an affinity with it and you get a real feel for it.

“I think the farm we’re working on has a good couple of hundred, three hundred acres maybe, it’s beautiful.

“The interiors are the true inside of the farmhouse, it’s so lovely.”

The Larkins will premiere on ITV on October 10.