Home » TV and Movies » Why did Anne Robinson quit Countdown? 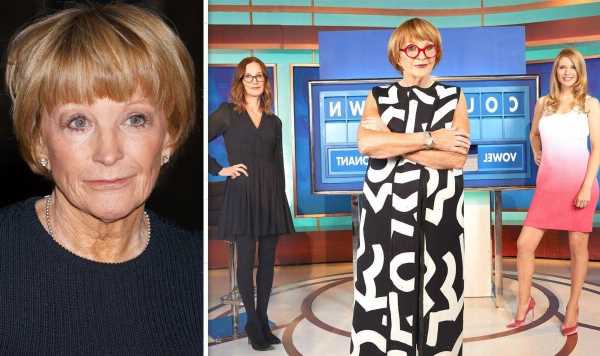 Channel 4 quiz show Countdown has been a staple on screens since 1982. The series sees some of the brightest minds in Britain battling against the clock to solve various conundrums. Countdown has had several presenters over the years and is going to see another one joining the show at some point in the not-too-distant future.

Anne Robinson has confirmed she is going to be leaving Countdown after being appointed the show’s host only a year ago.

In a lengthy statement, Robinson said she had had “a blast” hosting the show but conceded she “stayed longer” than she’d signed up for.

She called for “an older woman to take the reins” after her departure.

Robinson also said she’d hoped her presence on the show had made TV producers realise “not all women at the wrong end of their seventies are in care homes playing bingo and watching conjuring tricks”.

The statement explained how Robinson wanted to spend more time with her family.

Robinson said: “But I have grandchildren, a large garden and a home in New York, all deserving more of my attention.”

Prior to Robison’s announcement, there were reports of a feud between the host and co-star Rachel Riley.

However, Robinson has dismissed these claims and said her exit had nothing to do with Riley.

She said of Riley: ‘Absolutely honestly, I do admire her – she is really, really good at what she does, as is Susie Dent.

Robinson went on to say: “Look, Rachel has just come back from having a baby and she is standing throughout and faultless, whereas I get to sit down.

“She is noisy, yes she and Susie both are – they are a formidable pair those two.”

The Points of View star added to the Daily Mail: “But there isn’t a question of my going because of a rift, that’s nonsense.”

The show has previously been presented by Richard Whiteley who fronted the series from 1982 to 2005 before his death.

Whiteley hosted the show for 22 years and is the longest-running presenter on the show.

Following Whiteley were Des Lynam, Des O’Connor, Jeff Stelling who held the position for a year or so each before moving on.

In 2012, Channel 4 announced The Apprentice’s Nick Hewer would be taking on the role.

Hewer – better known as one of Lord Sugar’s steely aides on The Apprentice – was part of Countdown for 12 years before departing in 2021.

He was then replaced by Robinson with much fanfare about The Weakest Link host joining the programme.

At the time of her appointment to the show, Robinson told Steph’s Packed Lunch: “I’m very excited, I want to rename it ‘Three Clever Girls Do Countdown’.”

Robinson will be on Countdown until summer when Channel 4 will be announcing her replacement.

Countdown airs on Channel 4 on weekdays at 2.10pm