Home » TV and Movies » Why is Lucy Fallon leaving Coronation Street as Bethany? 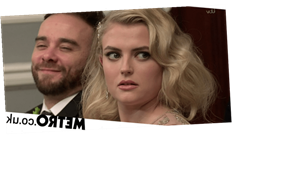 Why is Lucy Fallon leaving Coronation Street as Bethany?

Lucy Fallon, who plays Bethany Platt on Coronation Street, isn’t long for the soap as it was revealed last year that she’d be leaving after playing the character for five years.

Her final scenes as Bethany were filmed in January, and the air date of her final episode on Corrie has been confirmed.

Here’s what we know about when and why Lucy is leaving the soap, and what Bethany’s exit storyline is shaping up to be.

When is Lucy Fallon leaving Corrie?

As for why she’s leaving, producer Iain Macleod said when news of her departure broke: ‘Lucy advised us at the start of this year that she would like to leave at the end of her current contract in 2020 to pursue other projects. She is an amazing performer and has been at the centre of some huge stories for us during her time on the show.

‘I have no doubt that her stellar career will continue beyond the cobbles and would like to wish her all the best in whatever she does next – starting with the brilliant final chapter of Bethany’s story!’

When she announced her departure in May 2019, Lucy said on Twitter: ‘After the most incredible 4 years, I have made the extremely difficult decision to leave Coronation Street at the end of my contract in 2020. It’s hard to put into words how much this show means to me.

‘I’ve made lifelong friends with some of the most talented and hardworking people in the industry, I’ve had some terrific and immensely important storylines and I’ve laughed with the best people everyday.’ [sic]

In previous scenes, Bethany’s been told that Daniel Osbourne (Rob Mallard) isn’t ready to move on in the wake of his wife Sinead’s (Katie McGlynn) death.

Since Sinead died, Bethany has been growing closer to Daniel – for whom she’s held a torch for some time.

When he proposes out of the blue, with Sinead’s ring no less, will this be the shock she needs to see that Daniel isn’t over his wife?

Lucy said: ‘Bethany is confused because Daniel is really drunk; he is slurring his words and he can’t properly stand up. He gets down on one knee like it’s going to be some sort of Romeo and Juliet moment with Bethany up high on a balcony but really she is just hanging out of the window! When Daniel calls Bethany by Sinead’s name, she is really devastated. She realises the ring that he is proposing with is actually Sinead’s ring.

‘When the day comes, she is one hundred percent ready to leave. Everything that has happened recently and everything that has happened in Bethany’s past just cements in her mind that there is no reason for her to stay. She needs to go and do this job in London, grab the opportunity and see what happens. Even though she is sad because she will miss everyone, she is ready for a new start.’

Coronavirus mutates into second strain which is more aggressive and contagious