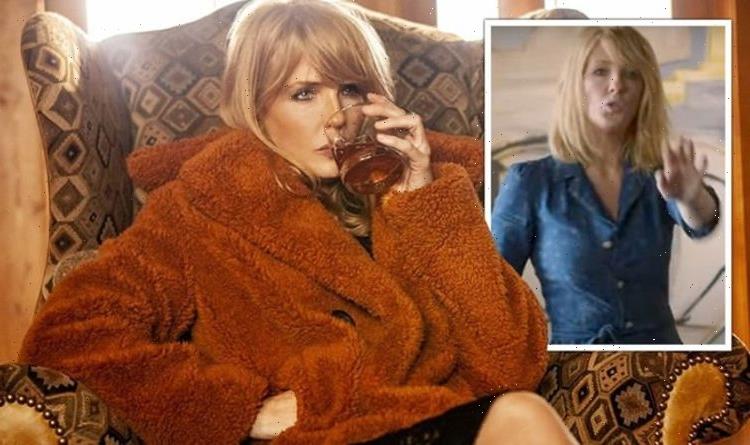 Yellowstone season four is due to arrive on The Paramount Network on November 7 and it has been a long time coming for viewers. The season three finale left many fan-favourite characters’ lives hanging in the balance, including Beth Dutton (played by Kelly Reilly). She was caught up in a deadly explosion at her office, but does she make it out alive?

The fate of Beth Dutton has been on fans’ minds since the explosive season three finale, which left viewers on the edge of their seats.

The Dutton family came under threat of anonymous assassins, with John Dutton (Kevin Costner) getting shot and left for dead.

His daughter Beth received a mysterious package, which she warned her assistant not to open.

However, it was too late and her office was blown to bits as the device was set off.

Realistically, she would not have survived such an ordeal, but her fate could change for the purpose of the melodrama.

There have been many clues suggesting Beth is still alive, especially in the latest trailer for season four.

Fans have claimed to see part of a woman’s head, with hair the same colour as the Dutton daughter’s.

Viewers have also pointed out how, as one of the main characters in the show, she is unlikely to be written out at this stage.

Actress Reilly has not given anything away about the fate of her character, who does not appear in the latest teaser videos.

Fans have taken to her Instagram to look for clues suggesting she made it out alive.

In July 2021, the star announced she had been in Rome making a film called Promises.

Whether this impacts her future on Yellowstone is yet to be determined, but some other clues have been shared.

She posted a photo of a stunning view, saying: “Riding out on the 6666 ranch today.”

She mentioned the title of one of Taylor Sheridan’s Yellowstone spin-offs, which led fans to believe Beth is still alive.

Even if Beth does return for the season four premiere, she may not survive the whole series.

Her love interest Rip Wheeler (Cole Hauser) is already expected to go on a killing spree in the upcoming season.

The actor teased the ‘wrath of Rip’ will be at the centre of the new episodes, so this could be a result of Beth dying.

The couple were due to get married, so losing his love so soon would be tragic for the ranch hand.

Her death would certainly give Rip a reason to get revenge on those who cross his path.

However, some other clues have suggested Beth could survive at least some of the season.

New character Carter (Finn Little) will be introduced and many fans believe he could be adopted by Beth and Rip.

Taking to the Yellowstone Instagram account, Janine.Chasco said: “Awww, he will be raised by Rip. The kid he never had.” [Sic]

Beth found out she was unable to have children after her brother Jamie (Wes Bentley) agreed for her to be sterilized without her knowing.

This is the main reason why she has such a toxic relationship with Jamie throughout the series.

Yellowstone season 4 will air on The Paramount Network on November 7.