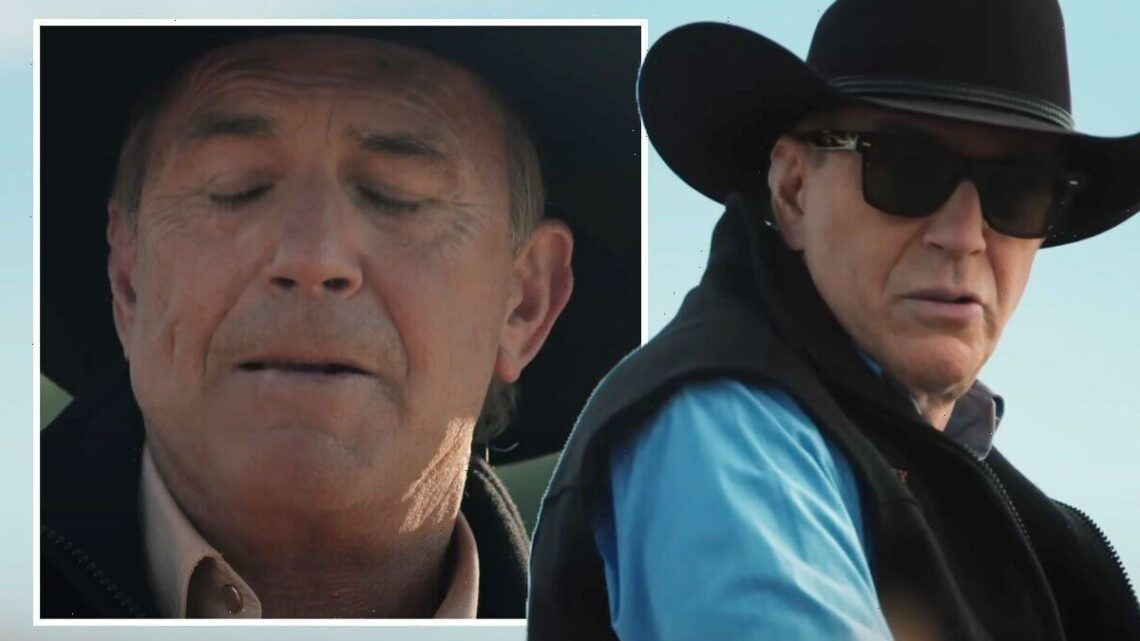 Yellowstone: The cast discuss the ranch being split

John Dutton’s (played by Kevin Costner) list of enemies hasn’t exactly shortened in Yellowstone season five. While Thomas Rainwater (Gil Birmingham) has made no secret they have unfinished business, John also has the lingering threat of Market Equities and Sarah Atwood (Dawn Olivieri) along with adoptive son Jamie (Wes Bentley) to contend with going forward. While John always seems to come out on top when it comes to his foes, one of the Paramount drama’s stars has fueled the theory that now may be the time he’s forced out of his family home.

John’s looking in a vulnerable state in both his professional and personal life as Jamie aims to impeach him as Governor and an outbreak of brucellosis threatened to wipe out his herd of cattle.

While the news of Jamie’s attack isn’t common knowledge as it stands, John’s decision to send the herd south for the winter has meant he’ll lose a number of his trusted allies from the bunkhouse.

Rip (Cole Hauser), Ryan (Ian Bohen), Teeter (Jen Landon), Walker (Ryan Bingham) and Jake (Jake Ream) have been assembled to head towards Texas for at least a year to make sure the cows don’t contract the disease.

This comes at a cost, however, both financially and personally as it means John’s daughter Beth (Kelly Reilly) would be without her husband and Ryan had to call time on his budding romance with Abby (Lainey Wilson).

While the move seems to make sense in John’s mind, it’s safe to say Beth doesn’t agree due to the financial implications.

However, Jimmy Hurdstrom star Jefferson White, Colby actor Denim Richards and Bohen have now hinted that it could have even more dire consequences for the ranch’s future.

Speaking on Paramount’s Inside the Bunkhouse, the moment came as the trio delved into Ryan’s decision to leave Abby and John’s choice as a whole.

“Yeah my timing wasn’t really spot on,” Bohen said of Ryan. “I hadn’t chosen to deliver the news yet that I was leaving town for what could easily be a year.

“She just sort of loses her mind and storms off. He [Ryan] explains it really succinctly, you know.

“Your grand opportunity is this, your dreams, your singing, you’re on stage, that’s your life, you know, mine is being out there with the herd keeping them warm (and) getting them through. It’s that simple, that’s my dream.

“And she understands and she kisses me and I lose her. That’s what happens. The cowboy way is sacrifice.”

But Ryan still has some optimism for Ryan’s future with Abby: “Having said that, I hope that we resolve this problem in a timely manner and we decide to get back where we belong soon because I miss my girlfriend already.”

Richards then weighed in: “It seems like super challenging to finally have this great storyline that’s moving ins such a beautiful way and then have it in one fell swoop like the carpet has been pulled from right out under you.”

At this point, White interjected to suggest the split in the ranch will end badly for John as he highlighted: “It mirrors John Dutton’s painful decision this season: to protect the ranch, he has to leave the ranch.

“To protect the ranch, Rip, Ryan, Teeter, Walker… they have to leave the ranch. And Rip’s not going to ask you to do anything that he’s not gonna do.

“This also means that the forces that protect the Dutton Ranch are spread more thin than they’ve even been before which is an exciting opportunity for the enemies of the Dutton family,” he teased.

Could this mean John will soon lack the resources and support needed to fight off Jamie, Market Equities and any other rivals who rear their head?

Fans will have to wait a while to find out for sure as Yellowstone won’t be returning to its usual Sunday evening slot this week.

With it being Christmas Day on Sunday, December 25, fans will have to wait a week to see how John copes with his newfound situation.