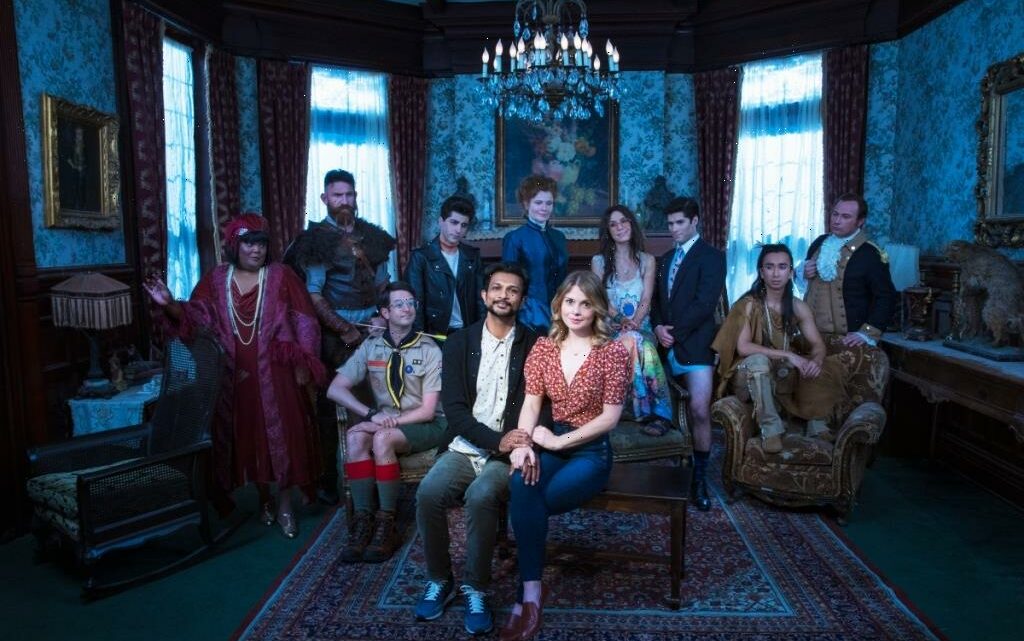 With primetime programming grinding to a slow halt as networks switch out new episodes and live coverage for repeats and holiday titles, Thursday’s highest rating was a 0.3 in the 18-49 demographic. Also tying for the top rating were NBC’s 5 More Sleeps ’till Christmas and ABC’s Santa Claus Is Comin’ To Town.

Among the five top-rated programs of Thursday primetime, Young Sheldon brought in the night’s biggest viewership with 3.79 million viewers. Bringing in the second-highest viewers was the first installment of the Ghosts marathon at 8:30 p.m. (0.2, 2.86M). 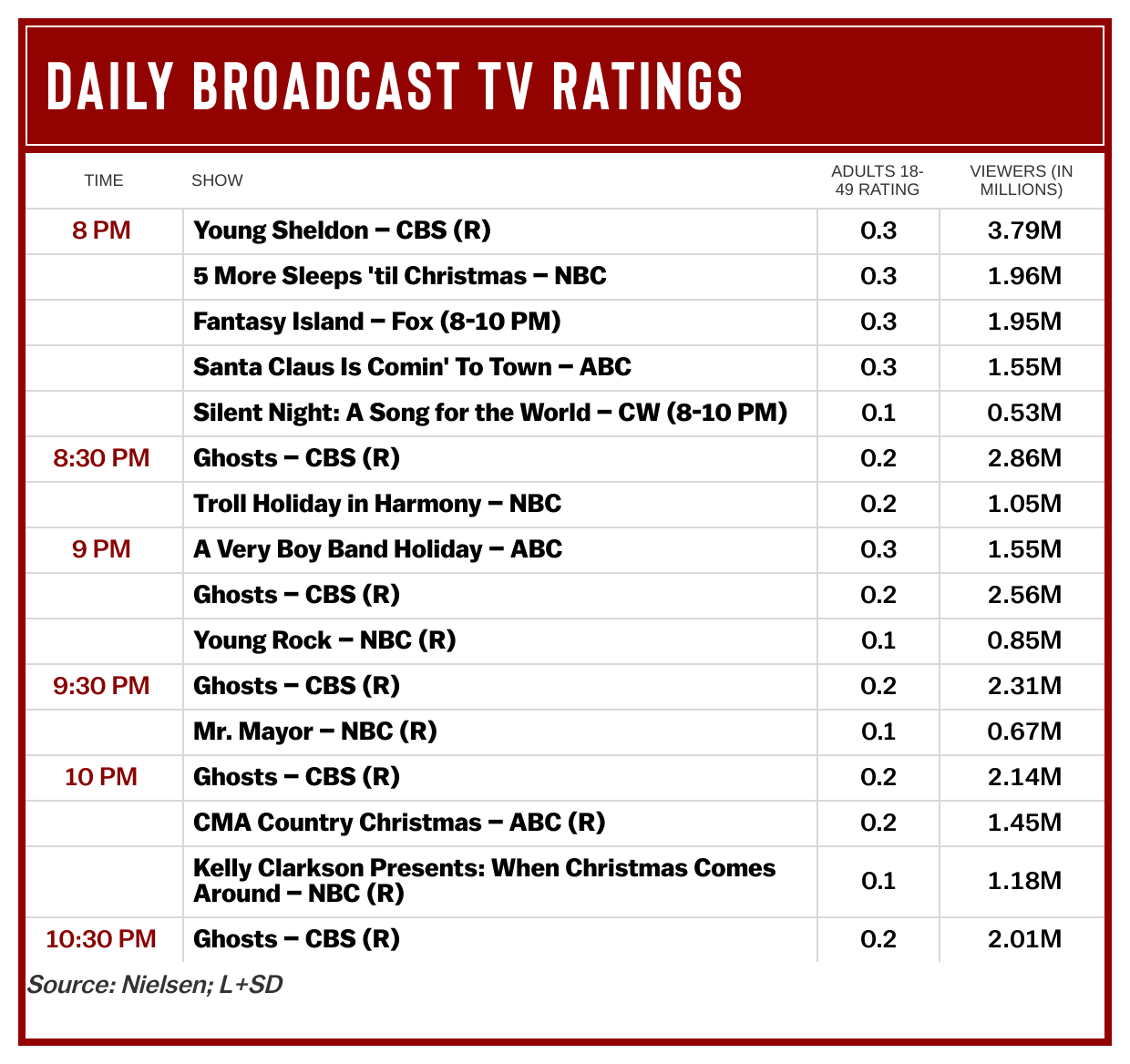 Several Awards Hopefuls Open Amid Omicron Panic: “We Might Get Dinged”