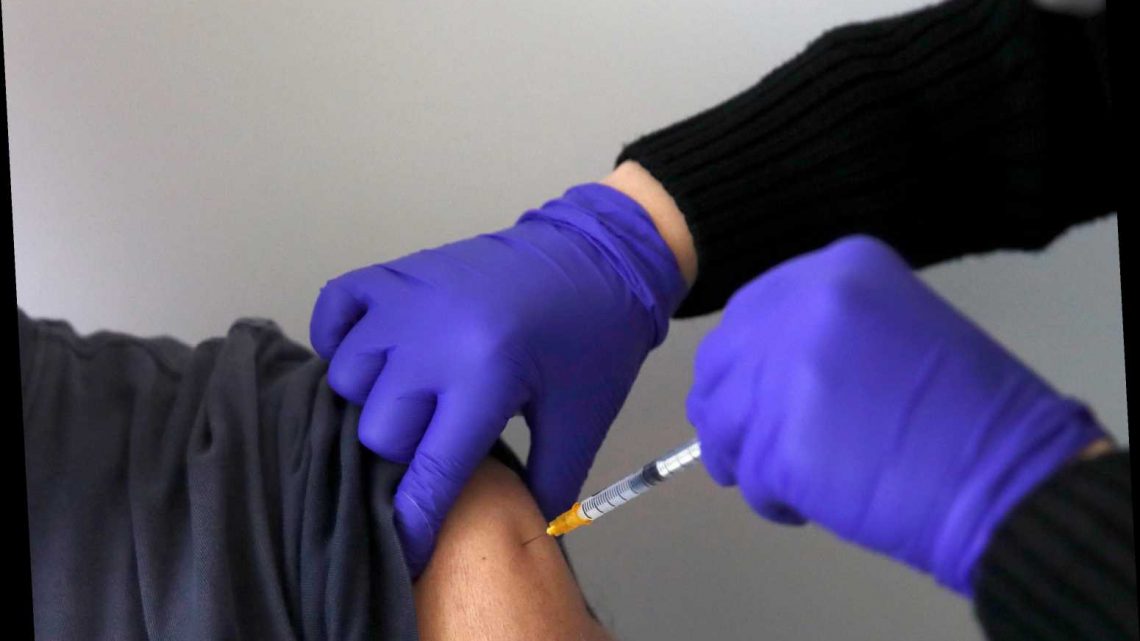 Americans keep getting jabbed: Here’s how many are fully vaccinated

An 8-year-old boy accidentally received a COVID-19 vaccine dose in Texas, thanks to “human error,” a report said.

The child was recently inoculated at a Dallas County drive-up vaccine facility operated by first responders in Grand Prairie after the boy’s father registered him online through a county Web site and got an appointment, NBC 5 Dallas-Fort Worth reported.

The three COVID-19 vaccines that are currently available in the US are only for use in individuals 18 and older or 16 and older, depending on the maker.

Pediatrician Marcial Oquendo told the news outlet that the child’s father – who was not identified – believed it was OK to get his son vaccinated since he was able to register and was given a QR code.

The dad only realized that a mistake was made after speaking with Oquendo.

“We don’t have the data, especially under the age of 12 to say if it works, is it safe, how much should we use, which kid can get it and which kids can’t,” said Oquendo. “It needs to be in a controlled setting of a clinical trial where we are monitoring every possible angle to be able to say if it’s safe and effective to use in kids in this age group.”

Grand Prairie Fire Department Chief Robert Fite confirmed to NBC 5 Dallas-Fort Worth that the boy was one of the some 3,800 people to be inoculated at the site that day.

Fite said that the department plans to track down the paramedic who administered the shot and find out more information about how the mishap occurred.

“They’re in the car, there’s a code, the paramedic did what that paramedic did for thousands of others for that day and went ahead and gave the vaccination, and did not realize it was a child under the age of 18,” said Fite, according to NBC 5 Dallas-Fort Worth.

Fite explained that if a person receives a QR code to get the vaccine, “part of our assumption is they understand who should be registered and who should not,”

Fite said the vaccine site operates under the authority of Dallas County, and he’s seeking answers from county officials, too.

“We had some questions about how a child under 18 could even get registered,” he said. “If there was a fail system in place, then we wouldn’t even have to worry because you couldn’t get registered.”

Meanwhile, Oquendo said he has notified the Pediatric Society and Dallas County Medical Society about the case, according to the news site.

Dallas County Judge Clay Jenkins told the news outlet “human error” allowed the boy to be vaccinated against the coronavirus.

Jenkins added, “We’ve got our IT department working with the third-party company to ensure that it doesn’t happen again, see if it can be fully automated.”

Both Pfizer and Moderna have begun testing their COVID-19 vaccines in younger children.

Pfizer said late last month that its vaccine is 100 percent effective in kids aged 12 to 15.