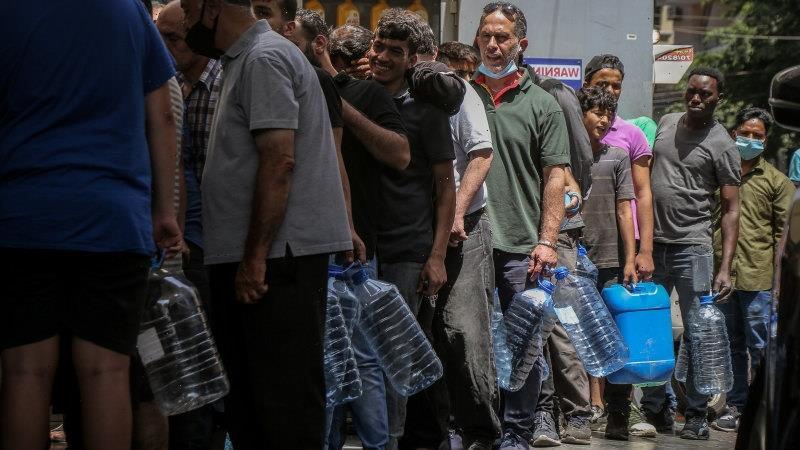 It’s been almost a year since thousands of tonnes of ammonium nitrate exploded, ripping through the port of Beirut and killing more than 200 people, injuring 7500 and making some 300,000 others homeless.

Despite an ensuing outpouring of humanitarian aid and political assistance, Lebanon’s economic crisis — triggered by decades of government negligence, the explosion and now the pandemic — has only intensified since then.

Last week the caretaker Prime Minister Hassan Diab warned the country was hurtling through a blast of a different kind – “a social explosion” – and appealed to the international community for further assistance to prevent the demise of his nation. 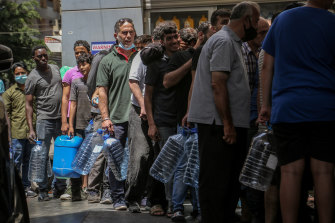 People wait in line at a petrol station in Beirut amid fuel shortages. Credit:Getty Images

The country is struggling to provide basic needs such as imported medicine and fuel, including to generate electricity to hospitals. Its currency, which was pegged to the dollar at 1500 for nearly 30 years, has lost more than 90 per cent of its value. The Lebanese pound, or lira, is now trading at nearly 20,000 to the dollar on the black market.

At the weekend, the government raised the price of bread for the seventh time this year. A bag of flatbread, a staple, now sells at 4000 lira, while a 32-roll pack of toilet paper cost 110,000 lira.

The World Bank said in June the crisis was likely to rank as one of the worst the world has seen in more than 150 years, adding the country’s economy had contracted 20.3 per cent in 2020 and was expected to shrink another 9.5 per cent this year. 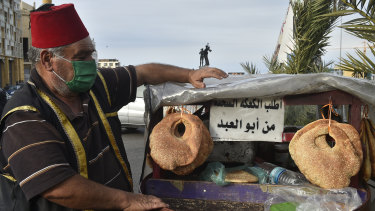 Joy Abou Diwan operates Jounieh Pharmacy near Beirut. Her tone is one of resignation as she ducks away from the business to share the hair-raising details of life in the past year.

“Every time we sell medication we are losing money because the value of our currency is so low,” she says.

“I have a big pharmacy and you could buy all my supply right now and I’d only make about $US100. We’re only opening our storeto help people.”

Abou Diwan’s supplier is only delivering 10 per cent of her usual order. People suffering from chronic illnesses like hypertension, diabetes and heart disease are turned away.

“People are spending their whole day visiting pharmacies in order to get the medication they need,” she says. 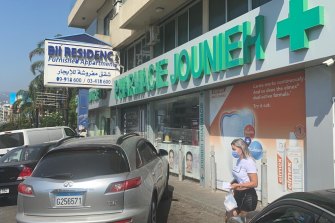 The Jounieh Pharmacy near Beirut. Its owner, Joy Abou Diwan, can only access 10 per cent of her normal supply of medication.

Residents were already panic-buying medications, fearing they would become too expensive. Now that supply has run dry, suspicion festers.

“People think we are [withholding] medication until the price increases but this is not true,” Abou Diwan says.

Issa Yahya Hamdan, 19, lives with his family in Beirut. He can’t find the specific medication to treat his father’s rare Mediterranean fever, a disease that causes painful joint swelling and inflammation of the lining of the lungs and abdomen. 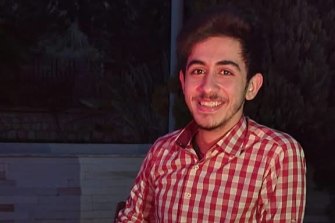 “It is heartbreaking watching my father experience this excruciating pain and all I can do about it is watch,” Hamdan says.

Social uncertainty has reigned since the country’s 15-year civil war ended in 1990. Protests against endemic corruption were already ongoing but escalated after the port explosion. Then the six-month-old government of Hassan Diab resigned. The new prime minister-designate Saad Hariri has been unable to form a government, leaving Diab still in caretaker mode and the country without firm leadership. 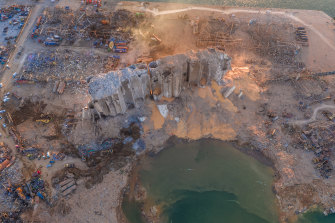 The explosion decimated the port of Beirut and surrounding areas, including homes and businesses.Credit:Getty Images

General Fouad El Khoury, a retired deputy commander for the Lebanese Armed Forces who’s been outspoken on the crisis, says the Lebanese are demanding answers. 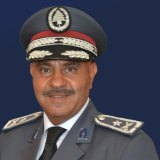 “Who is responsible for this explosion? We are waiting for the reconstruction of the port and we’ve heard several countries are going to help Lebanon rebuild but there’s been no sign of any reconstruction.”

The property repair bill from the blast is estimated to be about $US15 billion ($20 billion).

France, the former colonial power, has long been a crutch for financial aid. When French President Emmanuel Macron visited after the explosion he asserted that not a cent of reconstruction aid would be dropped into the palms of Lebanese politicians.

“The Lebanese authorities and political forces choose to favour their partisan and individual interests to the detriment of the general interest of the country,” Macron said. 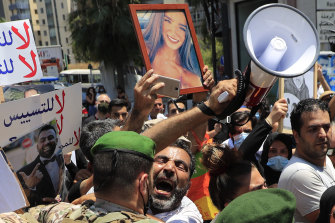 Soldiers push back a man who lost his son during last year’s massive blast at the port of Beirut at a protest on Friday.Credit:AP

He has since pledged a road map to end corruption and unlock international aid. In June, he pressured politicians to become more transparent about how the money would be spent.

“We remain invested [in Lebanon] but I cannot replace those who hold the system with all its defects and its imbalances,” Macron said.

“I hope that the spirit of responsibility that has been lacking for several months will start. The people deserve it.”

Last week, the French and US ambassadors to Lebanon met with Saudi officials in Riyadh for trilateral talks to try to find a solution to the crisis. No plans have been revealed.

Meanwhile, hospitals already struggling with COVID-19 cases are having to ration electricity because of the oil shortage. Officials at the Rafik Hariri University Hospital last month wrote a desperate letter to a government minister asking to be exempt from harsh electricity rationing.

“The hospital is running at almost full capacity,” the letter said, “prompting us to use up the entirety of our diesel stock, which oil companies are refusing to sell. 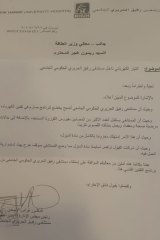 A letter from Rafik Hariri University Hospital asking the government to stop rationing electricity supply to their wards.

“This hospital hosts and accommodates the biggest number of coronavirus patients in addition to other patients with difficult and complicated diseases.”

The fuel shortages have spilt onto the streets, where people queue for hours to fill containers. Several scuffles have broken out over petrol and last month protesters destroyed a closed petrol station in the northern Akkar region, accusing the owners of withholding petrol to sell at a higher price in upcoming months.

Hamdan says protesting is now a common part of life and although protests seem violent, they normally don’t aim to hurt civilians but are a way of coping with the current state of affairs.

There are protests about the price of food, about corruption and about the delays in prosecuting those responsible for the explosion. 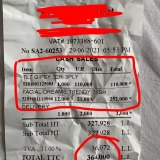 Import problems and hyperinflation have jacked up the price of groceries.

“There’s a lot happening in the streets, from peaceful protests to not-so-friendly protests,” the University of Lebanon student says.

“Protests block the roads, [set] tyres on fire, some even attacking the banks and politicians.

“As a student [the protests] are a pain in my behind. Even though my university is 5 kilometres from my house and my exams start at 8.30am, I have to [leave] my home at about 5am so I’m not late.”

He dreams of building a career in a “developed country” and being able to save money.

“Anything besides Lebanon [right now] would be nice,” Hamdan says.

“Everything for the average Lebanese is becoming expensive, as their salary doesn’t change but the value of their salary is becoming worse every single day. I feel I am a slave in my own country.”

Celebs Who Accused Other Celebs Of Ripping Them Off