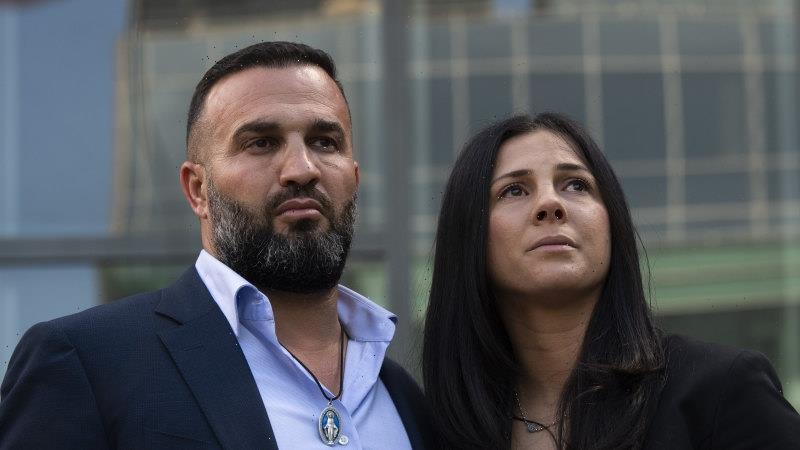 The Abdallah family – who lost three children in a car crash in February last year – have been robbed by a masked intruder in their western Sydney home.

Leila Abdallah, the mother of Antony, Angelina and Sienna, who were killed 14 months ago at Oatlands by a drunk and drugged driver, was at home on Wednesday with a friend when they found the man inside. 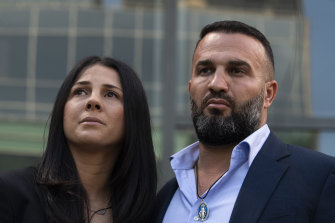 Leila Abdallah was home when an intruder entered the house.Credit:Louise Kennerley

The two women were at the back of the Telopea property before discovering the man leaving the house through the front door, having taken jewellery and handbags from the house.

The man was captured on CCTV fleeing the house and jumping into a stolen white Audi driven by another man. They were then seen attempting to commit another robbery minutes later in nearby Dundas.

Police have called on the man and the driver of the Audi to turn themselves in, noting the ordeal the Abdallahs have faced since the three children and their cousin Veronique Sakr were killed by Samuel Davidson.

“In the last 12 months, the victims of the Telopea incident have endured an incredible ordeal,” Detective Superintendent Darryl Jobson, Cumberland area police commander, said on Thursday.

“And I appeal to the conscience of the people responsible for this crime to hand themselves in to the police, and I also appeal to them to return the property of those victims.”

He also called for tip-offs from the community about the men so they could face charges.

Detective Superintendent Jobson said the women were “shaken and unsettled”.