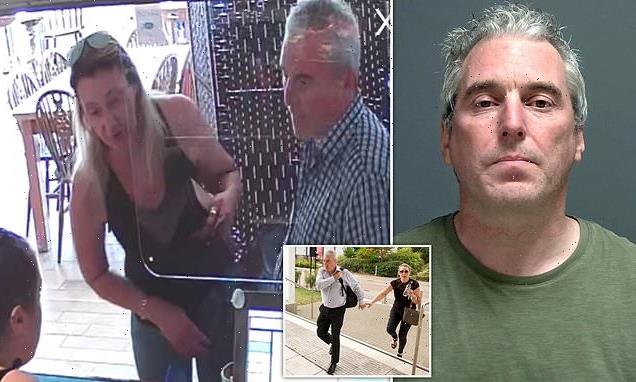 Aerospace engineer dined out then left without paying, court hears

Aerospace engineer, 46, treated his partner to best steak and good wine at 18 restaurants because he wanted to impress her then fled without paying, court hears as he is jailed for eight months

An aerospace engineer who carried out a string of ‘dine and dash’ crimes at gastro pubs and hotels while trying to impress his girlfriend has been jailed for eight months, a court heard.

Alan Rogers, of Hadleigh in Suffolk, failed to pay for a hotel stay and meals including expensive steaks and fine wines in a gastronomic crime spree at a series of high-establishment venues last year.

The 46-year-old wept as he was jailed for eight months at Ipswich Crown Court today after he admitted three charges of fraud and asked for 15 other offences to be considered.

The court heard how the father-of-two had defrauded 18 pubs and restaurants in Suffolk and Norfolk out of £2,325 over nine months last year.

In each case, he offered payment on genuine bank cards which were then declined and he promised to come back and pay later, but failed to do so.

Judge Emma Peters told him that he had targeted restaurants out of greed to try and impress his girlfriend. She said: ‘Sometimes when people are short of money, they commit offences through sheer desperation in order to survive.

‘This is not the case here.’

Suffolk Police had announced last November that they were hunting a couple who had enjoyed meals and drinks without paying in eateries across the county.

Rogers was initially arrested with a 43-year-old woman, but she was later released without charge and told she faced no further action. 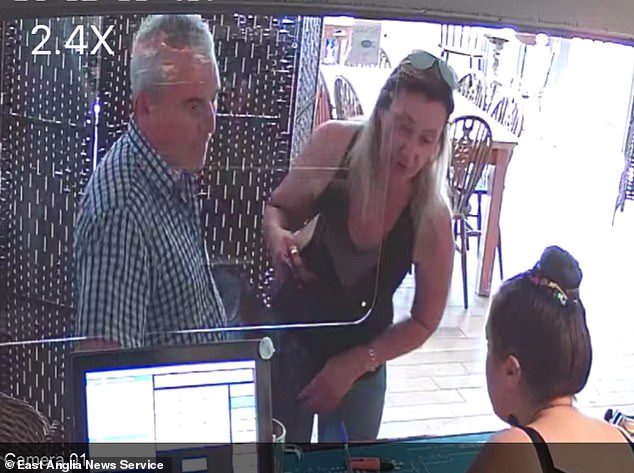 Judge Peters said none of the restaurants which were defrauded were simple cafes where Rogers could have bought a cheap meal ‘to stop being hungry’.

She said: ‘They included high end establishments where you ordered high end steaks and high end wines and had lovely meals while enjoying yourself.’

Judge Peters said many of the businesses targeted by Rogers last summer had been struggling as a result of the first coronavirus lockdown and were desperate for customers.

‘It was a sustained fraud at the expenses of businesses which were doing their best to survive. You were going out week after week to impress your partner, taking her out for lengthy and impressive dinners at impressive places, knowing you would never pay.

‘Those businesses were desperate. Their very survival was on the line and you took advantage. This offending was planned over a period of time with a large number of victims.’

Judge Peters said she accepted that Rogers had mental health problems, but she said only a custodial sentence was appropriate. She jailed him for a concurrent eight months on each charge. 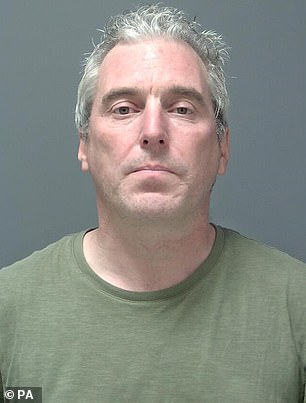 The court heard how Rogers ran up an outstanding bill of £824 during a ten night stay at the Sugar Beat restaurant in Swainsthorpe, Norfolk.

He also ran up a bill of nearly £200 on a meal at the Marquis in Layham near Hadleigh, although he later paid £100 in cash after being challenged by staff members who saw him in the street at a later date.

The court heard that the third charge related to the non payment for a £136 meal at The Lighthouse in Aldeburgh.

Other pubs and restaurants which were defrauded included Hintlesham Hall near Ipswich, the George pub at Hintlesham and the Brudenell Hotel in Aldeburgh.

Rogers and his companion also ran up a £97.20 bill for a Sunday lunch meal of soup, prawn cocktail, roast pork and vanilla cheesecake washed down by five Peroni beers and four Pimms and lemonades at the Bird In Hand pub in Wreningham, Norfolk.

He also failed to pay a bill of £146 at the Barn Brasserie restaurant at Great Tey, Essex, and another for £95 at the Waterfront Bistro in Ipswich.

Prosecutor Richard Potts said hospitality businesses were ‘one of the worst areas of the economy’ affected by the Covid pandemic.

He said that Rogers and his girlfriend had initially been welcomed by the owner of the Sugar Beat as they were his first customers after the first lockdown ended.

Nicola May, defending, said Rogers had given up work to care for his father who had Parkinson’s disease.

Miss May said that he had carried out the frauds while experiencing financial difficulties, and was apologetic and remorseful. 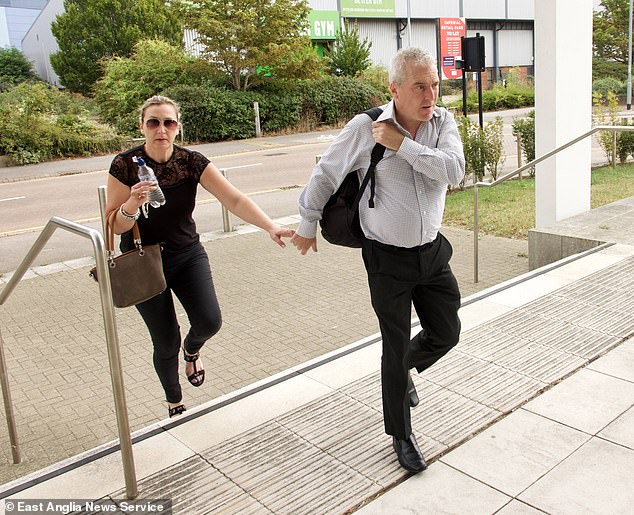 She added that he was also self-medicating with alcohol at the time and drinking around three bottles of wine a day.

Rogers was finally caught out after failing to pay a £54.65 bill at the Swan Inn pub in Monks Eleigh, Suffolk, on October 28 last year.

Swan Inn landlady Julie Penney, 52, who runs the pub with husband Stephen, 53, said the couple had tucked into sausage and mash, butternut squash and carrot soup with two double vodkas, two pints of Guinness and a bottle of Shiraz red wine to take away.

Mrs Penney publicised the incident on a pub owner’s Facebook page, and soon found other hospitality businesses which had lost out to the same couple.

She said she knew of 20 pubs and restaurants where Rogers had struck, although some businesses had not gone to police and others had not yet made statements.

Mrs Penney said the couple had booked a table in advance and stayed two hours in the pub.

She said: ‘I only realised there was a problem when the waitress came to tell me that their card did not work. It was coming up with a message, saying ‘Card not supported’.

‘I tried swiping it and then putting in a smaller amount for contactless payment, and putting in the numbers manually but it still didn’t work.

‘The man was saying he didn’t know what the problem was. Then he said he only lived down the road and would pop in the next day to pay.

‘I didn’t worry because I had his name and address. But I still had not heard from him by the next evening so I tried to ring the number he gave me and found out a digit was missing.

‘Then I remembered I had his email from his booking, and that had his number on so I texted him and he replied again that he would be in with the cash.’

Mrs Penney said she went round later to put a note through the door of the address that Rogers had given her and was told by the new tenant that he had moved out months earlier.

She added: ‘It is just shocking. I think they were eating out the whole time at other people’s expense. I want to see justice done to protect other businesses from them.’

Olivia Rodrigo once thought only white girls could be pop stars

How To Use Turmeric, And Why It’s A Superfood, According To A Nutritionist
Recent Posts