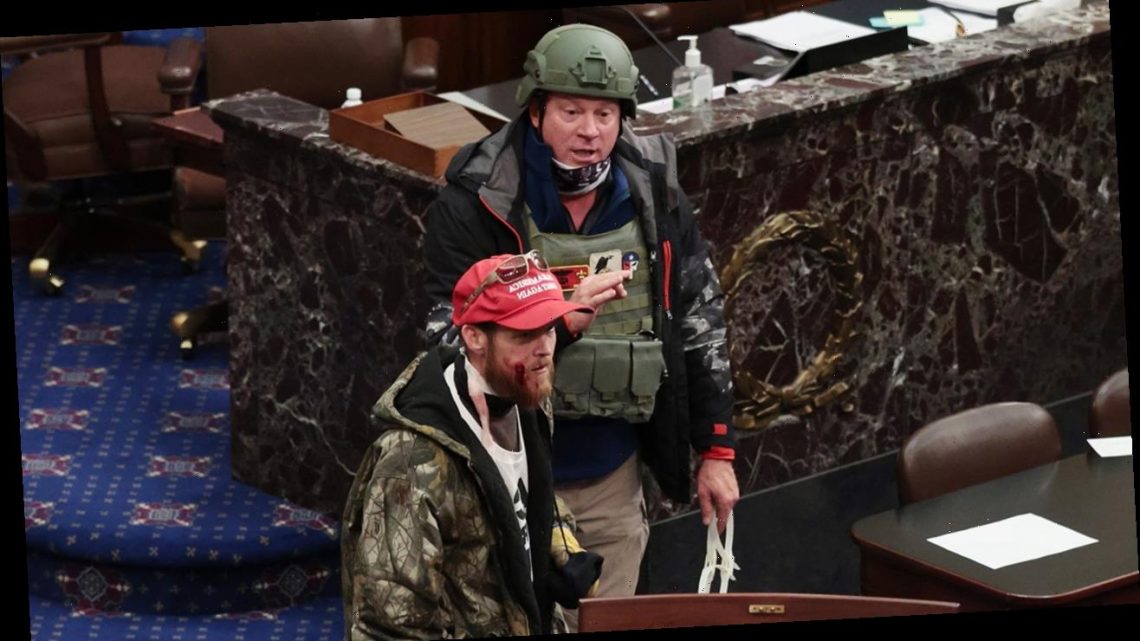 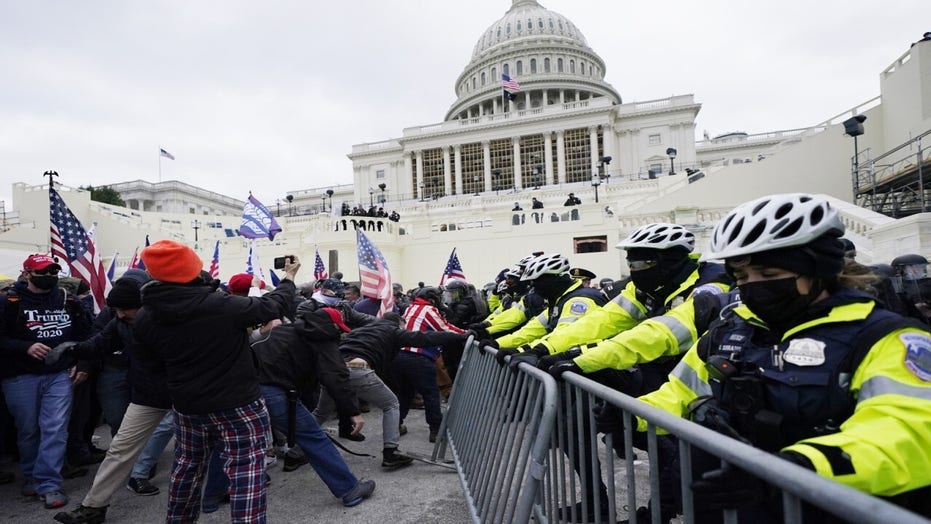 A retired lieutenant colonel in the Air Force Reserves was identified as one of the rioters who stormed the nation's Capitol Wednesday and proceeded to the Senate floor carrying zip ties as lawmakers fled.

CAPITOL RIOT: WHAT WE KNOW ABOUT THE ARKANSAS MAN ACCUSED OF BREAKING INTO PELOSI'S OFFICE

Larry R. Brock Jr. confirmed to the New Yorker on Friday that he was the man pictured wearing a helmet and military gear on the Senate floor, after pro-Trump supporters, emboldened by the president's rhetoric, forced their way into the building. They disrupted a joint congressional hearing to certify the Electoral College results of the presidential election. 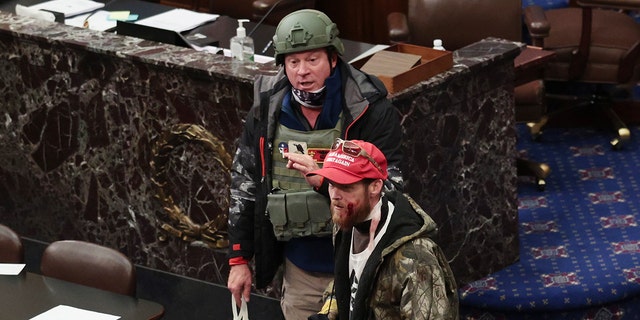 "The president asked for his supporters to be there to attend, and I felt like it was important, because of how much I love this country, to actually be there," Brock told the New Yorker, adding that he intended to do so peacefully.

He did not respond to Fox News' request for comment.

"As a private citizen, we no longer have jurisdiction over him," the Air Force said in a statement to Fox News.

Brock, 53, a father of three, said he wore tactical gear because he was afraid of getting injured by counter-protesters such as "BLM or Antifa." He found the zip-ties on the floor and picked them up, intending to give them to a police officer if he encountered one, the New Yorker reported.

"I know it looks menacing," he said, adding that he neither knew of nor supported the vandalism and destruction at the Capitol — which included broken windows and stolen historic relics. "That was not my intent."

Meanwhile, family members of Brock told the news outlet that he had used racist language in their presence and his pro-Trump views had veered further to the right in recent years. They noted that he may have held White-supremacist opinions, a charge which he has denied, the New Yorker reported.

The FBI continues working to identify individuals photographed in the melee at the Capitol, which left five people dead, including a Capitol police officer, and dozens more injured.

Authorities have charged at least 13 people in federal court in relation to the incident.

Did Marilyn Monroe Secretly Get Pregnant During Her Affair With JFK?
Recent Posts 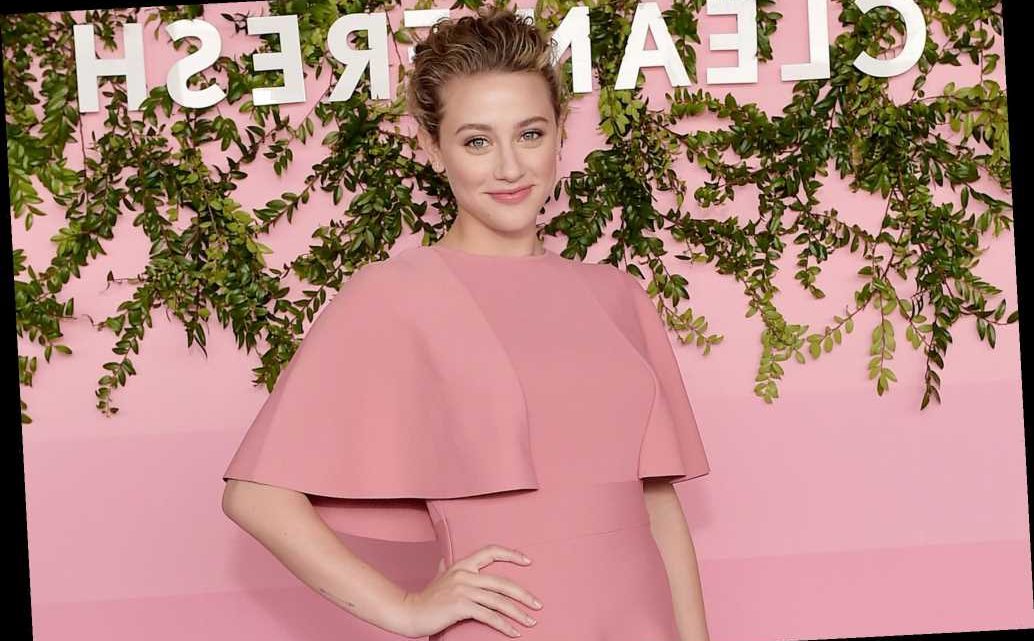 01/25/2021
Imposter poses as ‘Riverdale’ star Lili Reinhart in interview
This website uses cookies to improve your user experience and to provide you with advertisements that are relevant to your interests. By continuing to browse the site you are agreeing to our use of cookies.Ok